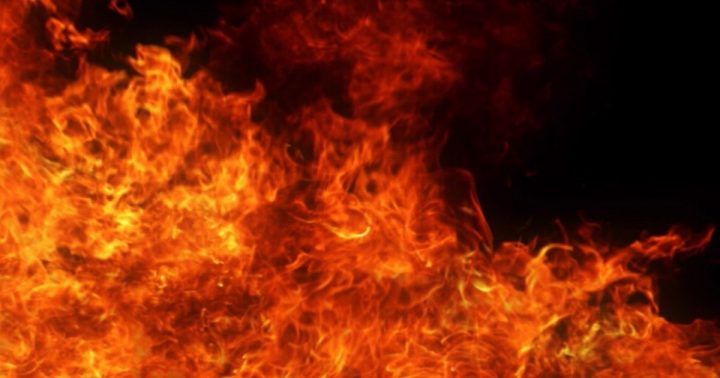 No fewer than 32 rooms, household property and documents were razed on Thursday night in Obeagu Iniymagu Village in Abakaliki Local Government Area of Ebonyi.

The value of the items has yet to be ascertained.

Police Inspector Udo Aniekan, one of the victims, told the newsmen that all his certificates were destroyed.

“When I got a call from my son about the incident, I called the Police Control Room and my colleagues helped to reach out to the State Fire Service for rescue.

“I lost all my household property, children documents, everything I have were razed,” Aniekan lamented.

Another victim, Mr. Solomon Odeh, said he also lost vital items, including land documents and certificates, as well as an undisclosed amount of money.

“I was in my village when I got a call that our apartments are on fire.

“I occupy two rooms in the building; everything I worked for, such as my two refrigerators, generator, clothes and other household property went up in flames,” Odeh said.

According to him, five similar fire cases had been recorded in January 2022 alone and enjoined residents to clean their surroundings and report incidents promptly.

Also reacting, the Special Assistant to the Governor on Special Project, Mr. Edwin Onwe, pleaded with the residents to avoid whatever could cause a fire.

In the same vein, the Acting Controller General (CG) of the Federal Fire Service (FFS), Mr. Samson Karebo, has promised to make staff welfare number one on his agenda list.

This is contained in a statement issued by the FFS Public Relations Officer (PRO), Mrs. Ugo Huan, in Abuja.

Karebo, while assuring that he would ensure every staff of the FFS gets what is due him or her, warned that he would not tolerate indiscipline from anyone.

He also encouraged firefighters to exhibit love amongst themselves, while making effort to develop themselves and prepare for challenges ahead.

The Ag. CG also assured staff of his plan to give attention to the sport, as it was key in the continuous fitness of all firefighters.

“Henceforth, I will make sure that sporting activities, including competitions, are given the attention they deserve.”

Karebo, who acknowledged that the size of shoe left behind by his predecessor was big, said he would require the support of all officers and men of the service so as to fit into that shoe.

He, however, warned that any act of indiscipline was not to be tolerated by officers and men of the service.

The newsmen report that on Dec. 30, 2021 President Muhammadu Buhari Karebo as the acting controller-general of the FFS.

Karebo takes over from Liman Ibrahim, the outgoing controller-general who was appointed on March 29, 2019.