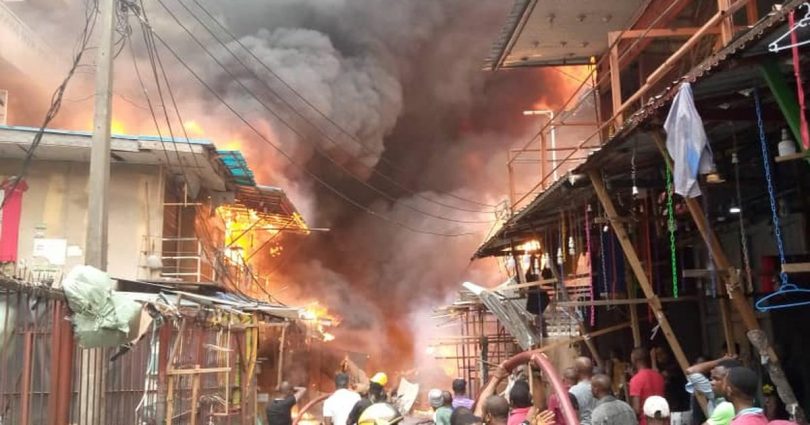 An early morning fire on Friday destroyed a section of a storey building at the Sabot-Oke area of Ilorin, according to an official statement from the Kwara Fire Service.

A Director in the agency, Mr Falade Olumuyiwa, disclosed this in a statement issued to newsmen by the agency’s Head, Media and Publicity, Mr Hassan Adekunle.

Olumuyiwa commended the “swift response and display of professionalism by men of the fire service” which, he stated, stopped the fire from razing down the building completely.

The director stated that the fire started at about 8 am but added that the cause had yet to be ascertained.

”It was a huge conflagration but our firemen were gallantly and professional in putting it out.

”The property has 12 flats but four flats were destroyed by the inferno, while the others were saved,” he added.

Olumuyiwa urged residents of the city to cultivate the habit of switching off their electrical appliances before leaving their homes to avoid fire from power surge and faulty connections.

”Fire outbreaks can be prevented so let us take steps towards preventing them,” he further stated.