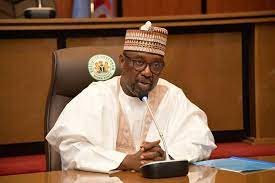 The Niger state government has received the sum of N400 million funding from Jaiz Bank for the development of the Minna city centre.

A statement by Mr Lawal Tanko, Information Officer, Office of the Secretary to the Niger State Government (SSG) in Minna, on Thursday, said that the cheque was presented to Alhaji Ahmed Matane, the SSG by Alhaji Mohammed Sirajo, Executive Director, Jaiz Bank.

Matane said that the development of the moribund Minna City Center would improve the socio-economic growth of the state.

The Minna City Centre project, situated in the heart of Minna, he said, had remained an eyesore, requiring the government to improve the economic situation and wellbeing of the people by putting the place into viable economic use.

Earlier, Sirajo, said that the partnership between the Niger state government and Jaiz Bank had come to stay, adding that the project would be completed within a period of six months.

The newsmen report that Jaiz Bank would spend about N3.5 billion to construct a shopping complex, modern underground car park, modern filling station, warehouses, and corner shops among others at the Minna City Centre.