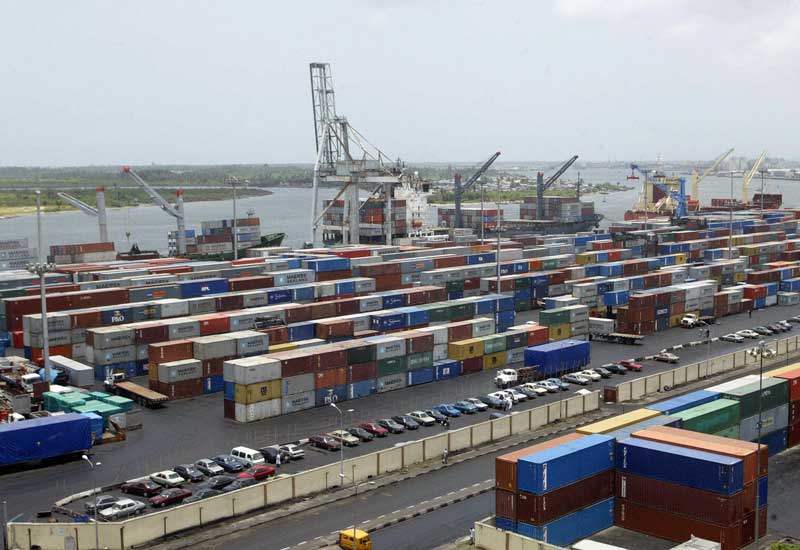 A new report released by a leading maritime consulting firm, revealed that more than half of the container trucks visiting Apapa, Lagos daily have no immediate business to transact at the port.

The report, which stemmed from an independent study conducted by Ships & Ports and a Don of the Lagos Business School, Dr. Frank Ojadi, also indicated that truckers that genuinely have business to do in Apapa Port spend an average turnaround time of two days.

“The report was prepared with the purpose of giving insight into the number of container trucks coming into Apapa Port in relation to the total number of trucks sighted in the Apapa environs.

“Two points were selected – the start of Creek Road at the tip of Liverpool Bridge and the start of Wharf Road near Area B – to collect information on trucks coming into Apapa.

“It was observed that 44 per cent of the containers coming into the Apapa community through these access points, were intended for transactions in Apapa Port, while 56 per cent do not involve any form of transactions in the port.

“The data gathered was analysed to show the time and frequency taken from sighting to entry into the port,” the report stated.

A total of 5515 trucks were surveyed at both observation points over a period of two weeks.

The report stated that the prolonged closure of the Ijora Bridge, which is the main exit point from Apapa for repairs, is a major contributor to the perennial traffic congestion in the area.

“The Ijora Bridge is the main exit point from Apapa but it was closed to repairs. 20 days was communicated for the repairs but it is still closed more than 30 days after.

“An alternative route is the Leventis exit by the bridge but this exit is narrow and riddled with several bad spots. The Leventis exit is also characterized by truckers moving against traffic, thus blocking the outbound traffic for several hours. The truckers are aided by security officials who collect money and pass trucks and tankers.

“The Federal Operations Unit of the Nigeria Customs Service has also set up checkpoint for container laden trucks along the same road stretch during the day,” the report said.

The report also found that there is no presence of a traffic management system to coordinate the affairs of the multiple government agencies responsible for traffic control in Apapa.

According to the report, “There is no engagement or communication with or to stakeholders before roads are closed and to control abuses and corrupt practices. There are also no tow trucks or rescue equipment to address the constant breakdown of trucks and containers falling along the road.

“The collapse of the Apapa-Oshodi expressway, which is the major entry and exit point for trucks accessing the Tin Can Island Port, the Apapa Port and several tank farms in the area, has led to an increased number of trucks accessing these facilities through the narrow Apapa-Wharf road, thereby compounding the congestion on this stretch of road,” the report further stated.

Various stakeholders interviewed in the course of the study believe that the solution to the Apapa gridlock is to compel shipping lines to receive all empties at their empty depots.

The report, however, disagrees stating that “While the popular notion on the return of empty containers have no direct impact on port operations, the study supports the assumption that it may compound the Apapa gridlock. This is because more than 80 per cent of truckers perform dual transactions i.e. drop off empties and pick up imports. This implies that the return of empty containers to depots will add more trucks to the road when they have to return the empties to the terminal.”

The report also stated that Apapa Port has recorded significant drop in gate transactions in the last few weeks due to the traffic gridlock.

“Yard Occupancy is currently at 80 per cent which is above the 70 per cent mark for efficient port operations, thereby requiring more resources to be deployed as there are more re-handles to be done.

“Operators are only able to meet and exceed expected transactions on Sundays because the traffic is lighter on those days,” the report added.

In the meantime, petroleum and Natural Gas Senior Staff Association of Nigeria, PENGASSAN,  has rejected the plan by both the Federal and state governments to tax pensions, gratuities and terminal benefits of workers in the country.

The umbrella body for senior staff in the oil and gas sector vowed to resist the implementation of the plan, contending that it will further impoverish Nigerian workers. In a communiqué issued at the end of its National Executive Council, NEC, meeting in Uyo, Akwa Ibom State, PENGASSAN condemned the unilateral decision by the Federal Inland Revenue Service, FIRS, and States Internal Revenue Service, to act outside the provisions of the Federal Tax Laws thereby infringing on the rights of the workers.

PENGASSAN, in the communique  by its PENGASSAN President,  Francis Johnson and  General Secretary, Lumumba Okugbawa, condemned the plan by governments, especially the Lagos State Government and its agent, the Lagos State Inland Revenue Service LIRS, to tax workers’ gratuities and terminal benefits. According to the communiqué: “The NEC-in-Session calls on all workers, the Nigeria Labour Congress, NLC, the Trade Union Congress of Nigeria, TUC, and other labour unions to reject and resist the planned taxation of pensions, gratuities and terminal benefits.

The NEC-in-Session notes that the planned taxation will further deplete workers’ final entitlements and increase poverty in the country and explains that this can also shorten the life span of workers in the country.”

PENGASSAN also condemned the actions of the Joint Tax Board, JTB, and some state boards of Internal Revenue for illegally stopping employers from processing additional pensions and life insurance tax reliefs by workers as enshrined in the law, saying,  “The NEC-in-Session therefore states that the law on Personal Income Tax can only be amended by an Act of the National Assembly or clarification via interpretation by the Judiciary, and it would resist the self-help approach being adopted by the tax bodies.”

Nation with additional report from Vanguard