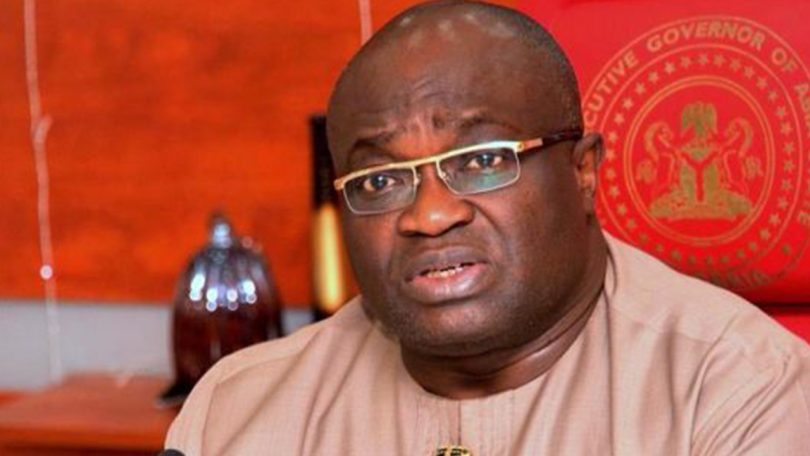 Gov. Okezie Ikpeazu of Abia has expressed the resolve of the government to utilize community policing in tackling insecurity in Umunneochi Local Government Area (LGA).

Ikpeazu expressed the commitment during the inauguration of a Special  Security Committee at the Government House, Umuahia.

The governor said that the location of Umunneochi at the nexus of southeastern states made it vulnerable to trans-border crimes.

According to him, it becomes pertinent for Abia Government to change its approach to insecurity by setting up all-inclusive machinery that involved members of communities in Umunneochi, to record improvement.

He said the mandate of the committee included intelligence gathering and setting up systems that would facilitate the arrest as well as prosecution of criminal elements in the area.

Ikpeazu urged the committee to deepen intelligence gathering about the activities of residents, as well as visitors within and around the community.

He urged the committee to be firm in ensuring that any citizen conniving with criminal elements would be identified and dealt with according to the law.

Ikpeazu said the state government was open to positive collaboration with agencies willing to support the initiative.

He said that government would provide motorcycles, patrol vehicles and other resources that would give impetus to the operations of the committee.

Ikpeazu further said that plans were underway to replicate the initiative in Isiukwuato and Ukwa West local government areas, to collapse the flash points in the areas.

He called on the committee to collaborate with neighbouring communities in nearby states to ensure that trans-border crimes would be reduced to the barest minimum.

Chukwudi, who is also the chairman of the committee, said that it would evolve a work plan, based on its mandate, to adequately tackle insecurity in the area.

Eze, who is also the secretary of the committee, described the Special Security Committee as an initiative, proposed as solution to the insecurity problem in Umunneochi.

“This initiative has been introduced to make sure that the people of Umunneochi take charge of their security apparatus in collaborative efforts with security agencies,” he added.

The newsmen report that other members of the committee include Mr Okey Philip Igwe, Chief Ifeanyi Madu, Chief Ezekwesiri Ikedi and Fabian Nwankwo.

In the meantime, legal luminary and Senior Advocate of Nigeria,(SAN) Yusuf Ali, has expressed preparedness to mobilize his professional colleagues in support of the essential work being done by the National Drug Law Enforcement Agency, (NDLEA).

Ali made the statement in Abuja during a courtesy visit to the Chairman, NDLEA, retired Brig.-Gen. Buba Marwa.

This is contained in a statement by the Director of Media and Advocacy, NDLEA, Mr Femi Babafemi. 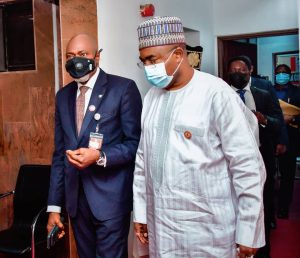 According to Ali, “my decision to support NDLEA is in the interest of socio-economic development of the country”.

The legal icon said his commitment was also borne out of his appreciation of the good works Marwa, his officers and men were doing for the country.

He said this was based on his conviction that overcoming Nigeria’s drug scourge was key to solving the security challenges facing the nation.

He commended Marwa for recalibrating NDLEA and making it an effective frontline agency.

Ali also expressed readiness to support the agency either at personal or official levels to ensure the drug war was given the priority it deserved by his professional colleagues.

In his response, Marwa thanked him for the visit, saying that whatever had been achieved in NDLEA was largely due to the support and commitment of the officers and men of the agency.

He said that the agency would hold further talks with the legal practitioner on areas of assistance, especially in the prosecution of some high-profile cases in courts.

The NDLEA boss, however, used the opportunity to decorate the SAN as a War Against Drug Abuse, (WADA) Special Ambassador.