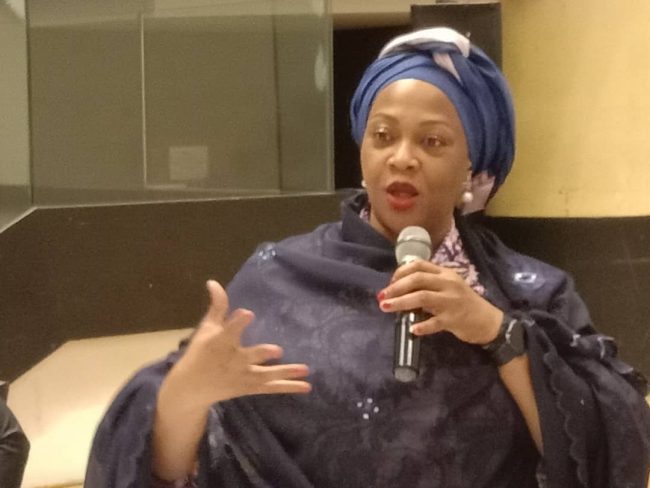 Sen. Gbemisola Saraki, Minister of State for Transportation, has called for Public, Private Partnership (PPP) to create an enabling environment for the African Continental Free Trade Agreement (AfCFTA) to thrive.

Saraki made the call at the Ministerial Consultative Meeting with the media on Friday in Lagos.

Saraki said her visit to Lagos was to take stock of the state of the two ports in Lagos, which were in dire need of repairs.

“For the country to reap from AfCFTA, we need to make the ports more competitive.

We know that the largest number of cargoes come to Nigeria, and we need to take advantage of that.

“The state of the ports in Lagos made my move imperative, and the ministry seeks to drive a closer relation and synergy between the private and public sectors in ensuring an enabling environment exists in which business can thrive.

“Especially for AfCFTA, being the champion in the transportation sector, it was critical for me to come to know where we are in our preparedness compared to our neighbouring countries,” she said.

Saraki noted that the blue economy at times sounded like a puzzle but it could create a lot of jobs in the maritime sector, adding that if the country didn’t have oil, maritime would be the next biggest sector of the economy.

“We need to take advantage of what God has given to us.

We have a large young population and wealth and there are many ways we can engage our youths in employment in the sector.

“The floating dockyard is an area that can provide jobs for the youth as it has been estimated to provide up to 20,000 jobs and we have gone to the Naval Dockyard to see how best we can put it to use.

“Government has this programme of bringing Nigerians out of poverty in the next ten years and we need to have the maritime industry contributing to that, the floating dockyard will see to that contribution.

“I assure you that before the end of this administration, we will have the Cabotage Vessel Financing Fund (CVFF), which has gone up to 350 million dollars, and also the National Transport Policy,” she said.

She said it was disheartening to see that nothing had changed as regards the CVFF, stating that it had to be disbursed, especially with the commencement of AfCFTA as the country needed vessels to trade.

On the connection of the Lekki Seaport, she said the port must be connected to the rail as the authorities had taken cognizance of the evacuation of cargoes when establishing the port. 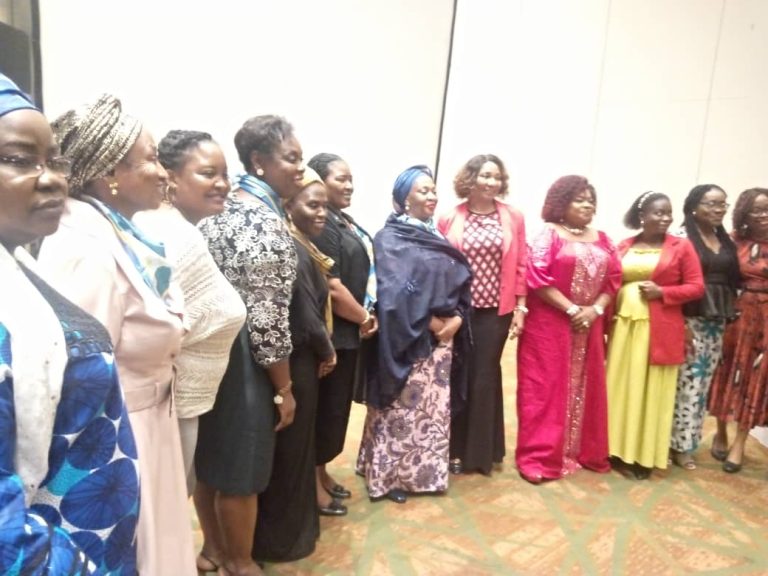 In the same vein, the Minister of State for Transportation, Sen. Gbemisola Saraki, has urged the Maritime Women Association to coordinate and integrate their efforts toward engendering better positioning and development of the port industry.

Saraki gave the advice during stakeholders meeting with the association on Friday in Lagos.

She also stressed the importance of more women’s inclusiveness in the maritime profession for balanced representation and to further develop the industry.

“In other for us to seek for more funds both in and outside the industry and for maritime men to take us seriously, we need to come under one umbrella.

“The same thing happened in the United States where all the women’s bodies formed one umbrella which has made them stronger.

“We may have parallel bodies that will be powerful and be interfacing with the government which will help in achieving the set goals.

“Please consider this request for the betterment of the maritime women to enable them to speak with one voice,” Saraki said.

Mrs. Eunice Ezeoke, President, Women International Shipping and Trading Association (WISTA) Nigeria,  commended the minister for her unrelenting efforts in ensuring that there was a level playing ground for gender equality in the maritime sector.

Ezeoke urged for the elevation of women in top administrative positions in the sector and charged women to participate in decision-making processes that impact the sector.

Also, the President of Women in Logistics and Transport, Mrs. Khadijat Shabi-Sheidu, appealed to the minister to use her office to enable the female maritime practitioners to easily access loans with low interest.

President, Women in Maritime Africa (WIMAfrica), Mrs. Rollens Macfoy, said that WIMAfrica, championed the cause of the blue economy, maritime security, and good welfare for seafarers. 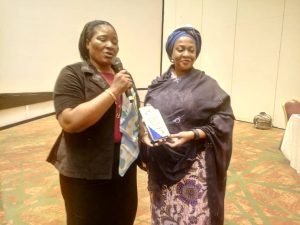 From L-T, the President, Women in Maritime Africa, Mrs. Rollens Macfoy presented a plaque to the Minister of State for Transportation, Sen. Gbemisola Saraki during the Stakeholders meeting held on Friday in Lagos.

A Former Continental President of WIMAfrica, Mrs. Jean Anishere, noted the ability of the former Minister of Transportation, Mr. Rotimi Ameachi, to harmonize all Nigerian Ship Owners Association together to interface with the government.

The President of the Nigerian Maritime Lawyers Association (NMLA), Mrs. Funke Agbor, advocated the need for women to be relevant in the decision-making in the maritime industry.

Agbor called for more understanding among women adding that there was the need to have more qualified maritime women under the set umbrella organization.