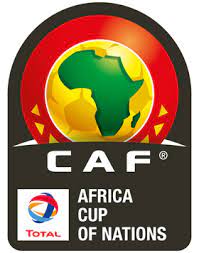 The President-General, Nigeria Football Supporters Club (NFSC), Dr Rafiu Ladipo, has commended the Super Eagles for putting in their best at the ongoing Africa Cup Of Nations (AFCON) in Cameroon.

Ladipo gave the commendation in an interview after the Super Eagles 3-1 defeat of the Sudanese national team in their second Group D match at the Stade Roumdé Adjia in Garoua on Saturday.

“I thank and commend the players for putting in their best amidst challenges. Particularly for coach Augustine Eguavoen, he has really demonstrated that he can do it when it matters most.

“With the team spirit displayed and determination, I can assure you that they will excel in the group stages, progress to quarter, semi-final and likely lift the AFCON 2021 Cup,” he said.

Ladipo also applauded members of NFSC who, according to him, sacrificed their time and money against all odds and went by road to cheer the Super Eagles without government support.

He described the club members as men and women of honour per excellence who goes out of their way to see that Nigeria excels in everything.

“I congratulate them all, and I want to assure the Super Eagles that we are solidly behind them because their continued win and progress in the match is a victory to Nigeria nation,” Ladipo said.

Goals from Samuel Chukwueze, Taiwo Awoniyi and Moses Simon were enough to help the Super Eagles grab their second win in Cameroon in spite of a 70th-minute goal from Sudan’s Walieldin Khedr.

The win has placed the Nigeria Super Eagles on top of group D, with a match to spare and a berth to the round of 16 of the AFCON 2021, having won their first match against Egypt by a lone goal.