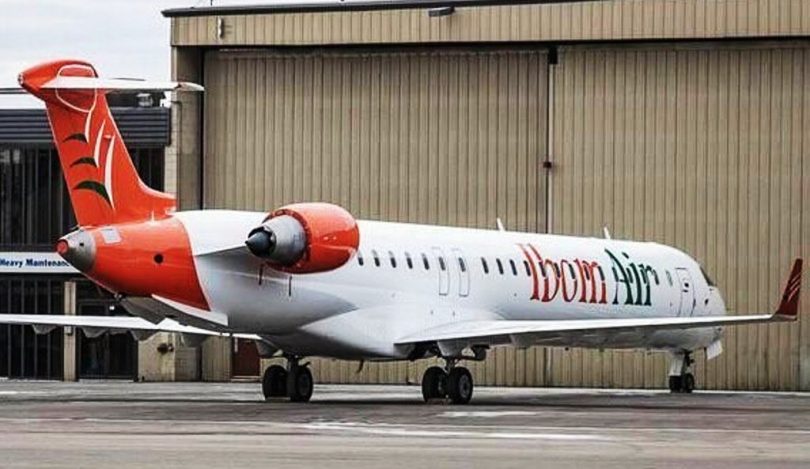 The Akwa Ibom government, on Tuesday, took delivery of the fourth aircraft in the fleet of Ibom Air, just as the Delta State Investments Development Agency (DIDA), Chairman, Mr Paul Nmah pledges to intensify the efforts to attract more Foreign Direct Investments (FDIs) as well as Domestic Direct Investments to the state.

Speaking during the delivery of a Bombardier CRJ 900 aircraft, Gov. Udom Emmanuel said that the aircraft was still within the warranty of planes in the domestic aviation.

Emmanuel said that the arrival of the plane was in fulfillment of the business case and operational timetable that had been set by the government.

“This is the latest in addition to this fleet. I don’t want to be boastful, but check the domestic flights in Africa.

“I want to believe when you have an airplane that is still within warranty in the domestic aviation, you can hit your chest and praise yourself, even if no one does that.

“We had a dream and I shared that dream with just one man; we held our hands and started the documentation; the dream dates back to 2016, not just now. When they needed documentation, we were almost ready.

“The experts have said a lot about the quality of the aircrafts we are having. This one, you don’t have to be afraid of coronavirus. No COVID-19 can attack you in this one. The air efficiency that we have in it is super, so nothing to fear.

“Also, our safety standards remain to be beaten by any other airline. Even the way we decontaminate our airline after each flight, our hygiene regulations remain the best of the best.

“I want to believe that I have the pledge of the members of staff and management that instead of going down on that standard, we will keep improving because there is always room for improvement.

“We want to really dominate this industry with our services, the quality of our aircraft and the quality and professionalism of our own personnel.

He described the air efficiency of the aircraft as super, adding that with High-Efficiency Particulate Air (HEPA) filters, which helped to remove contaminated air from the cabin, passengers needed not to be afraid of COVID-19.

The governor noted that plans were underway to make Ibom Air dominate the aviation industry in Nigeria and the entire Africa continent in terms of services, professionalism, and quality of aircraft.

Nmah stated this when he led the management team of the agency to the site of the recently-demolished Abraka market in Asaba, Oshimili South Local Government Area of the state on Tuesday.

He recalled that Gov. Ifeanyi Okowa, immediately after inspecting this site, directed that DIDA should facilitate the best suitable investment for the place.

“It is on the strength of this directive that we have come here to assess the site with a view to ascertaining its viability and marketability.

“Delta State is an investment hub in Nigeria where many investors are jostling to come to invest.

”The state is blessed with both human and natural resources which have made it the preferred investors’ haven,” he said.

Nmah noted that already numerous investors had started indicating interest, saying that DIDA would collate proposals that would be received and due diligence conducted.

“In DIDA, once investment proposals are received we would have to interface with the investors and conduct due diligence on their claims.

”This will enable us to have a grasp of their technical and financial capabilities and thereafter advise the governor appropriately,” he said.

Nmah further said that DIDA was currently championing the drive for investments away from oil.

He said that the current pandemic currently ravaging the world had in a way structured the world economy to focus on some sectors.

”We have taken cognisance of so many yardsticks and this will guide us in the aspect of taking an informed decision on the most suitable investments that will suit the site.

“Therefore, considerations have been made to drive investments that will cater for the well-being of the people of the state,” he added