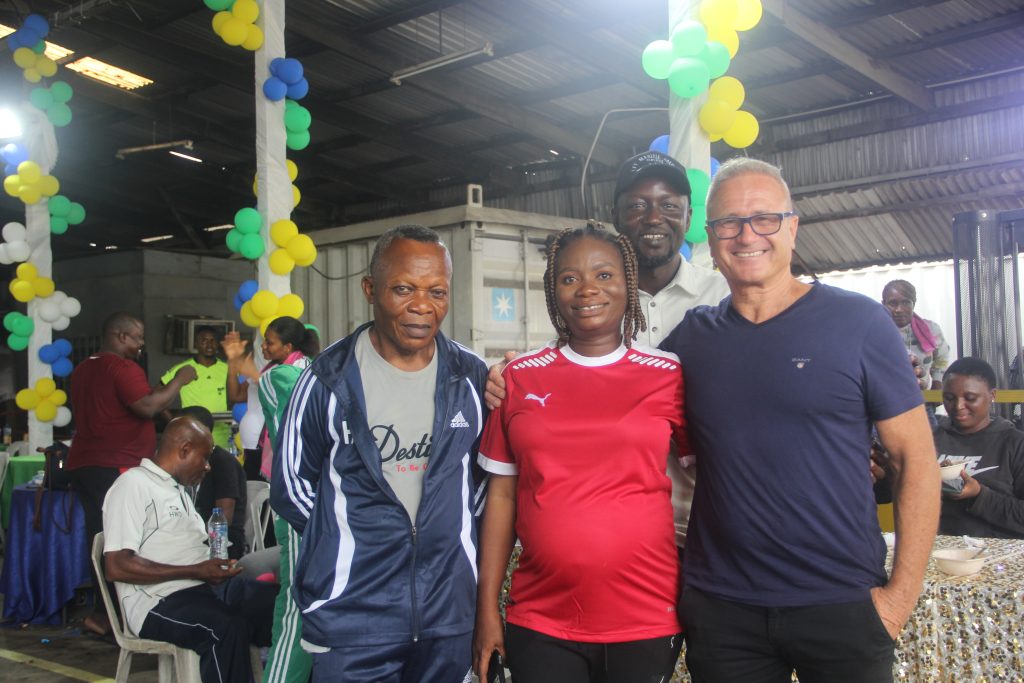 Some Maritime industry stakeholders in Apapa have seized the opportunity offered by the International Day of Seafarers (IDASEA) not only to celebrate and motivate but also to enhance bonding, towards boosting workers’ productivity.

Nigeria’s foremost dredgers, the Lagos Channel Management, the LTT Coastal, and Marine Services Ltd, and the Females Seafarers Association of Nigeria at the weekend in Lagos while celebrating the vision and philosophy of the International Seafarers Day, equally brought their workers, comprising those in Lagos and Abuja, for bonding via competitive sports.

It would be recalled that the LTT and the LCM early this year, undertook a highly fruitful bonding sports competition, covering different games, including line throwing, table tennis, women and men tug of war, a test of brains; and football.

It was won, overall by the LTT.

Speaking at the event, the General Manager, LTT Coastal and Marine Services Ltd, Mr. Kalusky Yechiel Hilik said he was especially happy, that the LTT was truly at the forefront of Maritime organizations, promoting women’s interest and wellbeing in Nigeria.

Stressing the special contributions of his organization, Hilik said the LTT was not just into employing women merely to fulfill all righteousness, but also, investing all that was needed, to train them, and bring them to the top, where the women are currently, seriously exceeding expectations.

He thanked the LTT management, and everyone connected to the training of Seafarers, particularly the Women, pointing out that Nigerian women are truly a Credible force to reckon with when given the opportunity.

She frowned at the general stereotype which marginalized women’s participation in the seafaring realms.

She also spoke on why women in the maritime industry especially female seafarers should be more recognized and motivated, particularly on the need to provide equal job opportunities in the industry.

“So many things have changed.

She explained further: “We now have Seafarers’ Women Association of Nigeria.

We have two groups in this Association.

We are about 400 and still counting. 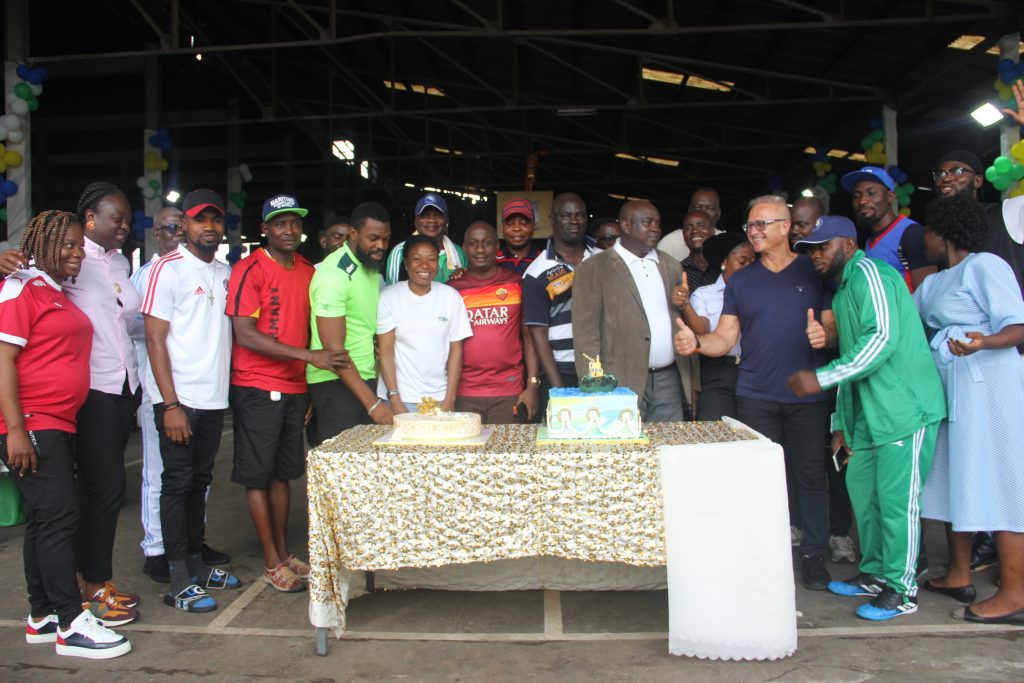 Women are now standing on their feet saying ‘yes, we can do it if men can do it.

”If I  can sit down together with men inside the class to write the same professional exams like men; then it means we can also be on board and we can prove ourselves!

She recalled when she first resumed her career with the Arab Academy for Science Technology and Maritime Transport, being sponsored by the Nigeria Maritime Administration and Safety Agency, through its NSDP programme, she thought that sailing the ocean was a mission impossible.

But once the program got kickstarted, she knew it was a matter of moving from one day to the other.

“I went on board and told my Chief Engineer that I cannot continue; that I wanted to go back home. But, he said no. ‘You can do this, I believed in you’.

“I said if this is how it is, then I won’t see my family for years; I won’t be able to see the land; I have to be on overall from morning till night; and even if you are on your menstrual period, you would still be working strenuously”.

“But he kept encouraging me.

After a month’s voyage, I just kept pushing forward.

“But coming back to Nigeria it was a tug of war.

Like I wanted to come and work for the country that sponsored me but the reverse was the case”, the Seafaring Woman indicated, saying there’s a need to celebrate the female Seafarers.

“I really celebrate the Seafarers in the house today.

Congratulations to you all, you are a huge help to your community, you make your country proud, for you providing services that ordinary persons cannot offer.

“We have women in Maritime Africa.

They are doing very well.

They are trying to put Women in African Maritime together, to make sure that they stand on their feet and provide things; while providing for their families as well”, she said, commending their confidence and the passion by which they sailing the tides.

Specifically, she dovetails on the Women Seafarers Association of Nigeria, noting that they are hunting out the little girl in the society, and brightening their vision and future.

“We now have the joint body of professional groups in Nigeria making all the Maritime to come together as one.

“My appreciation to the Nigerian Ports Authority, the LLT Marine Coastal and Services, Nigerian Maritime Administration and Safety Agency (NIMASA) for all the opportunities given to me and my colleagues”, she said, stressing that the Nigerian girl needs encouragement to excel and to bring stability to the nation’s situation.

In his own contribution, the Dockyard Manager, Mr. Peter Edeki gave noteworthy credit to the Landfall management for giving serious attention to the training of Seafarers in Nigeria, particularly women Seafarers the opportunity to broaden their horizons in the maritime industry.

The Harbour Manager, Nigerian Port Authority, CAPT. Sylvester Owobu spoke in the same vein, even as he elaborated on what communication is all about in the operation of marine and voyage.

He noted that before the promulgation of Safety of Life at Sea (SOLAS) into law by the International Maritime Organisation (IMO), the safety of life was like in the back seat; and expressed joy that a lot had presently been achieved, adding that the global maritime distress system has been introduced into the Maritime.

“Anybody who watches the Titanic will know that the Titanic incident happened because there was no Global Maritime Distress and Safety System.

If there was a global maritime distress and safety system, the incident of titanic would have been a different story.” 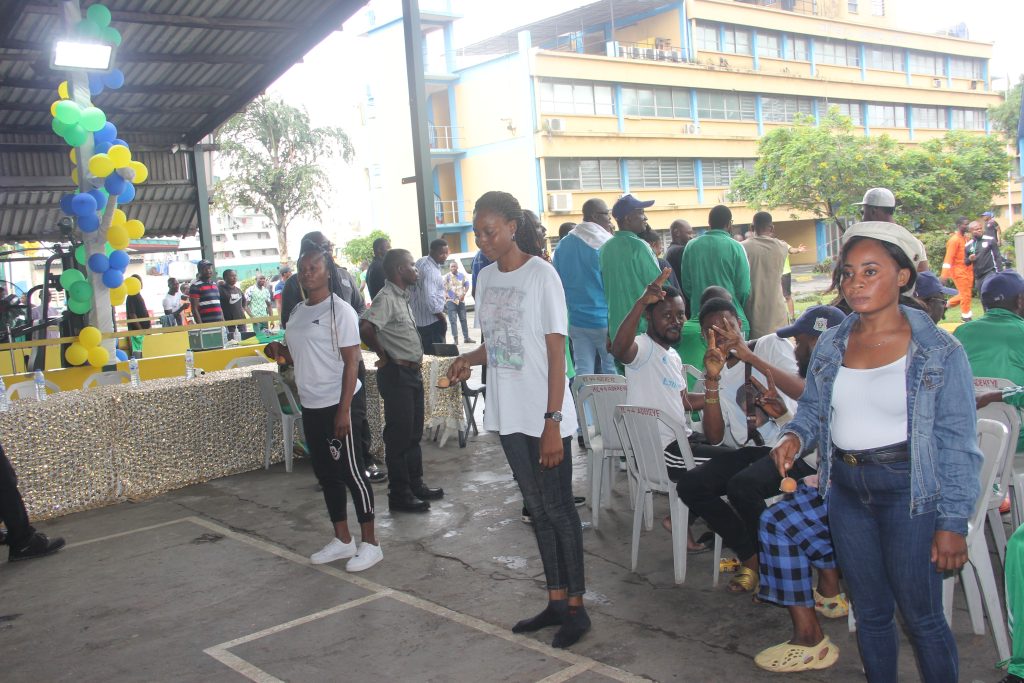 In her own observation, Engr. Tiamiyu Muneerah of LTT, while giving her own perspective and experience on board the vessel, said nothing was impossible for a woman who is truly encouraged.

“I started the journey through the NSDP 2013.

“As my Chief said, it was actually not easy, especially for the females. You will twerk, you will bend, you would seek for the opportunity, even during this time, one may be sexually harassed; but God is so kind, my first voyage was on ‘EMT Ashabi.

It was a tanker vessel.

“Even during your menstrual period, you have to work

“Immediately you get on board the  first thing you hear is ‘you are no longer a woman, you are a man!” Muneerah narrated, saying the industry expectations are often very high, particularly in terms of global standards.

Cumulatively, everyone eulogized the LTT Coastal and Marine Services Ltd for always putting services, ahead of money or financial considerations.