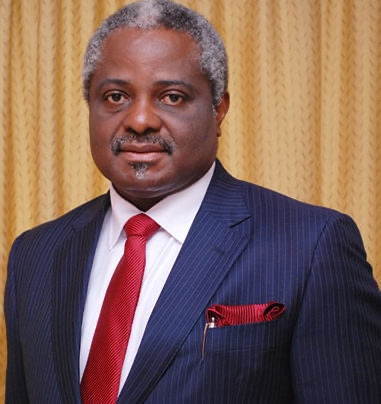 A revered Maritime guru, Dr Chris Asoluka has described the maritime sector as the nation’s engine for economic growth, due to the volume of international trade and other seaborne activities handled by Nigeria’s seaports.

Dr Chris Asoluka was amongst other experts, which included Mr Muyiwa Oshomoji, the Chief Marketing Officer (Marine), C and I Leasing Plc., who spoke on Thursday, urging stakeholders in the maritime sector to harness the full potential of the industry, in order for Ñigeria to achieve it’s desired economic growth.

The experts spoke during a virtual forum of the Nigeria Bar Association Section on Business Law (NBA-SBL) on the theme: “Role of the Maritime Sector towards the Growth of the Nigerian Economy.”

Asoluka, the Executive Vice Chairman, Nipal Consulting Network, a multidisciplinary firm, described the economic impact of the maritime sector as vast and difficult to measure.

“However, in harnessing the sector, there are challenges that require further technical know-how that will keep it up-to-date with modern trends and innovations deployed by developed nations,” he said.

Asoluka urged lawyers, as problem-solvers and advocates, to show more interest as well as capitalise on the opportunities, and to brace up and follow the money.

The maritime lawyer said a challenge that should be addressed was to flag discrimination mechanism in the differential treatment of ships at the ports, including financial burden and allotment of cargoes.

He also noted the exorbitant freight/discrimination (11 per cent against 5-6 per cent global average) as a noteworthy challenge.

“Between 2004 and 2013, a total of 58,600 vessels called at Nigerian ports. Only 2,465 vessels were indigenous operators through chartered mode and other forms which represent only 4.21 per cent while the foreigners had 95.79 per cent.

“Revenue losses in freight earnings and the Nigerian economy is estimated at 68 billion dollars.

“Other challenges are port infrastructure development, efficiency and competitiveness; manpower development; agitation and the desirability of development of merchant marines by developing countries, and national carrier and cargo support.

“Some other challenges include cabotage, criminality, piracy and terrorism,” he said.

Asoluka said when these challenges are addressed, it would give room for harnessing of some opportunities presented by the shipping value chain.

The Chief Marketing Officer (Marine), C and I Leasing Plc.,an Indigenous maritime company, Mr Muyiwa Oshomoji also spoke on the fact that the Federal Government intended to generate seven trillion naira from the maritime industry in 2022.

He agreed that such revenue could actually be generated as income from these fields: shipping, marine services, oil and gas, logistics, and others. 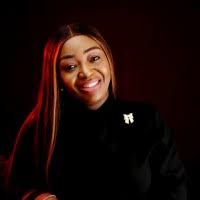 “More indigenous and local owners are participating in the cabotage trade and growing their asset base.

They are also expanding to other West African countries,” he said.

In her contribution, Mrs. Constance Omagbemi, the Principal Legal Officer of, the Nigerian Maritime Administration and Safety Agency (NIMASA), noted that shipping was an expensive venture and so needed building efficiency.

Omagbemi said building efficiency would aid the government’s effectiveness in the implementation of maritime policies, and position Nigeria as a leading centre of maritime excellence.

“Effective policy implementation by the government will attract investments and drive the growth of the maritime sector.

“The investments, which will be in infrastructure and human resources, legal and regulatory changes, are anticipated to boost efficiency and effectiveness.

“The current policy drive of NIMASA (Security, Safety & Shipping Development) has restored peace in Nigerian waters and led to the deletion of Nigeria from the International Maritime Bureau’s piracy list,” she said.

Omagbemi added that other policy frameworks that would aid the maritime industry were the implementation of the African Continental Free Trade Agreement, fiscal incentives and the constitution of the Presidential Committee on Blue Economy among others.