…GOC urges troops not to be distracted by operational hardships***

Some stakeholders in the education sector have continued to deep express worry over the lingering crisis between the Federal Government and the Academic Staff Union of Universities (ASUU).

They said that the face-off had crippled the livelihood of the people around the universities.

The stakeholders, who spoke with the newsmen in Abuja on Saturday, called for immediate resolutions so that students would return to their classrooms.

An educationist, Mr Olaniyi Olawade said the effect of the strike had brought untold hardship on the youths, and business owners and had affected the economy of residents where institutions were located.

Olawade said that many students had lost focus and were getting involved in so many criminal activities capable of shortchanging their destinies.

According to him, many who earn a living from businesses around the school communities cannot do anything again and have resorted to living unproductive lives.

“The effects of the ASUU strike on the youth of this nation is quite enormous.

It has adverse effects on their present and future endeavours as it makes them unproductive and lazy.

“The strike has done more harm in wasting the precious time of the students and making the youths to become unscrupulous and lose hope in this country,” he said.

Olawade said that the four months strike had grounded the productive academic sector and other aspects of the economy of the nation.

“Also, those that are not in the academics but earn their daily bread by selling stuff to the students and academic communities are not finding things easy this period.

“We are pleading with the government and the academics to sheath their sword and allow peace to reign so that this matter can be resolved once and for all as the students are the most affected by the crisis,” he added.

A civil servant and a mother of three, Mrs. Damilola Bankole said that the strike had drawn back the academic progress of students as compared with their colleagues from other climes.

Bankole called on the government to wade into the situation by attending to the needs of these university lecturers while looking for alternative preventive methods to avoid such crises in the future.

“One of the major effects of the ASUU strike on Nigerian universities is the fact that it’s going to draw us back.

The academic calendar has been drawn backward and for it to pick up again, it will take a lot of time.

“Apart from this, it is also going to have a great effect on the smooth transition from secondary school to higher institutions.

“This is because some students have just concluded writing their WAEC and JAMB examinations and have applied to these universities but as it stands, nothing can be done as they have to be in the queue.

“And when there is a queue in the education system of a country, it leads to crimes and other moral decadence in the society because a child who waits for more than necessary will be involved in unscrupulous acts,” she said.

Meanwhile, the Vice-Chancellor, Niger Delta University, Bayelsa, Prof. Samuel Edoumiekumo called on President Muhammadu Buhari to take charge and speed up the process of resolving the ongoing trade dispute with ASUU and other unions.

Edoumiekumo is also the Chairman of the Committee of Vice-Chancellors of Nigerian Universities (CVCNU).

He said that drastic action must be taken to stem the hemorrhage that the system was currently witnessing for the sake of the Nigerian children.

” I have said that the president should speed up the whole process, take over everything and make a concrete decision and that is even now so that our students who are at home will be back on campuses.

“So, we are calling on Mr. President to speed up the action, so that we call off the strike, and the students can come back to campus,” he said.

A political analyst, Mr. Rotimi Lawrence said that the lingering strike should be addressed as it had caused not only a national embarrassment but a monumental loss of human capital to the country.

Lawrence said that if nothing was done to address industrial disputes in the tertiary institutions, it would continue to affect the global rating of the public ivory towers.

Miss Favour Rotimi, a student of Federal University, Oye Ekiti, said that many students were frustrated as a result of the strike and wanted immediate solutions so that they could return to their schools.

Rotimi said that the effect of the strike was enormous as some female students were now involved in the act of prostituting, while some had been impregnated.

” We have been at home for the last four months.

Many of us tried to get menial jobs to do but we can’t get them when even graduates are still hunting for jobs.

“I will not blame any students who have decided to look for money through other means.

What I think the government can do is to facilitate this dialogue with the lecturers so that we can all have our peace as a nation.

” Yes, it is true that the lecturers are demanding for their welfare and the welfare of the university system as a whole.

“This is not too big for them to ask.

We don’t take education seriously as a country and this will continue to affect us even on the global scene,” Rotimi said.

In another development, Maj.-Gen. Uwem Bassey, the General Officer Commanding (GOC) 8 Division of the Nigerian Army Sokoto, has urged personnel not to be distracted by operational hardships but to remain committed to achieving success.

Bassey made the call during a special Church service as part of 2022 Nigerian Army Day Celebrations in Giginya Barracks on Sunday in Sokoto.

The GOC assured that the Nigerian Army would continue to accord priority to the welfare of personnel who were giving their best to the service of the country.

” When people see us in a shiny dress, they admire us, not knowing the hardships and challenges we undergo.

” We work under dust, rain, and other situations in trying to make sure that law-abiding citizens go about their businesses peacefully,” the GOC said. 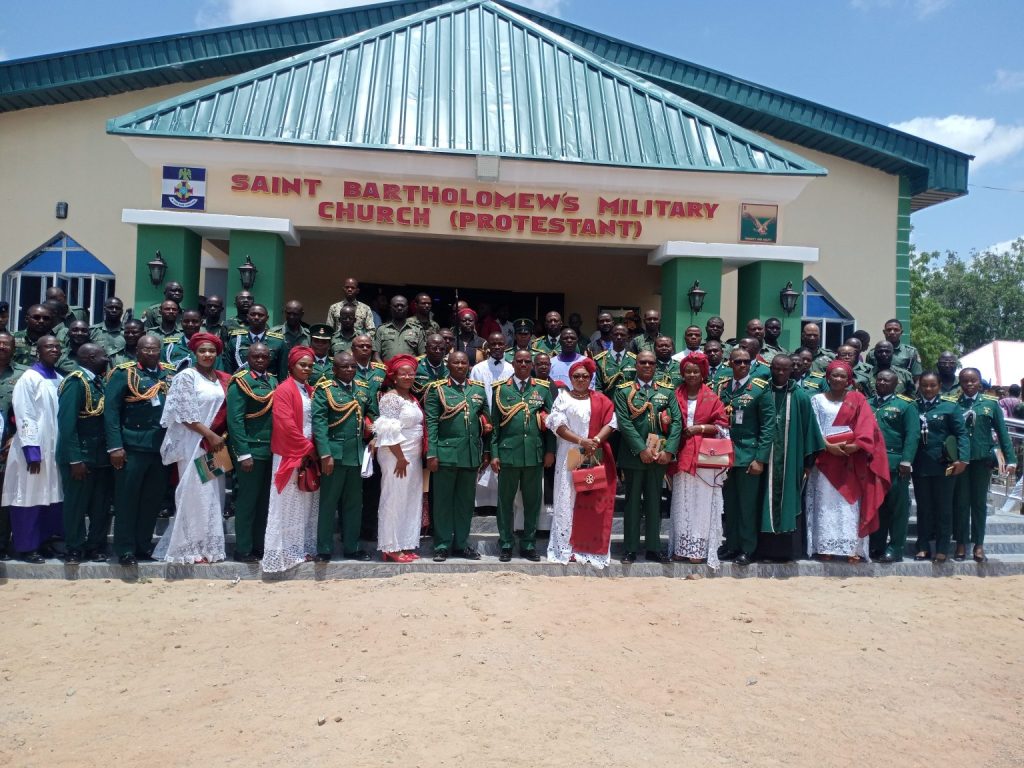 Bassey advised personnel to obey rules and always work towards pleasing their superiors in line with good conduct and guiding principles in the service.

According to him, Nigerian Army leadership strived in providing befitting accommodation and vehicles for Sergeant Regimentals and other personnel welfare improvements aimed at improving their welfare and service delivery.

The GOC added that three operational units were designed to facilitate improved productivity in tackling security challenges in the division’s operation areas.

He emphasized the need for personnel to continue preserving unity and cohesion in the service as Nigerian Army always encouraged tolerance, and abhorred ethnic or religious differences.

Bassey cautioned personnel against pursuing lavish lifestyles but always waiting for natural rewards in the service as hard work would always manifest and be recognized.

He assured that with the resources put together against security challenges in Northwest states all challenges would be overcome soon and would be history.

According to him, from his experience in service in northeast operations, the issues would soon be over, stressing that at present thousands of insurgents have repented.

The newsmen report that during the church service, led by Chaplain, Lt. Col. Elemi Clement, prayers were offered for the souls of fallen heroes and for the success of various military operations at all levels, for peace to reign in the country.