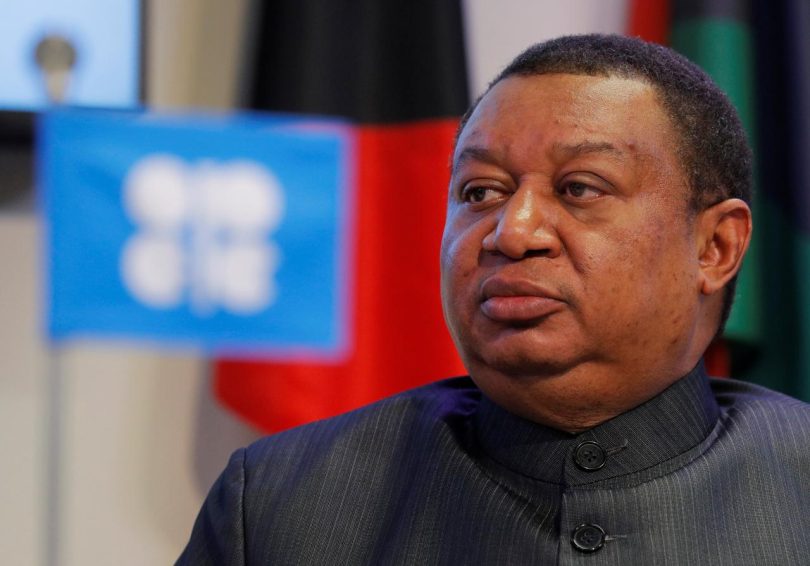 Mr Mohammad Barkindo, the Secretary-General, Organisation of the Petroleum Exporting Countries (OPEC), on Wednesday lauded the 2016 multilateral Declaration of Cooperation (DoC) between OPEC and non-OPEC producers.

Barkindo said it was one of the major developments that had affected the global oil industry in the last six years.

A copy of his keynote address delivered at the Atlantic Council Global Energy Forum in Washington DC, United States, was obtained by the newsmen in Lagos.

He said: “It has been immensely pleasing over the past six years to witness the evolution of the multilateral DoC between OPEC and non-OPEC producers.

“It was not an easy task bringing everyone together; it took a great deal of diplomacy, and if I might say, buckets of toil and sweat.

The efforts, however, were worth it.

“Its collaborative nature, and its comprehensive, adaptable and robust architecture, has allowed us to face a plethora of challenges head-on and navigate the many bumps in the road that have shaken the global economy.

“I am proud to recall the way in which participants in the Declaration helped pull the industry back from the brink of catastrophe following the downturn in 2014-2016.

“It was a monumental effort, but one that helped the industry rise again, like a phoenix from the ashes, and, in turn, had a positive impact on the global economy, and trade worldwide.

According to him, having the Declaration in place also proved extremely beneficial in 2020, when there was a need to react quickly and forcefully in the face of the devastating pandemic.

Barkindo said the DoC decisions helped the petroleum industry to overcome the challenges witnessed in April 2020 when global oil demand went down by 20 million barrels a day.

“The DoC has over the past six years also been a shelter and a beacon of stability despite any geopolitically-induced turbulence.

“The commitment of the DoC to a balanced and sustainable market was evidenced only last week when participants advanced the planned overall production adjustment for September 2022, into July and August.

“This was quickly welcomed by the U.S Administration, ” the OPEC scribe said.

He added that the importance of the Declaration had also received backing from other producers, as well as from consumers.

Barkindo said: “April 2020 proved just what can be achieved with the backing of major producers and consumers at the very highest levels of government.

“We can all recall how this played out here in the U.S.

“With regard to the U.S, I am also personally gratified to have witnessed the evolution of our cooperation with a variety of U.S stakeholders over the past six years.

“I have sat here in Washington with the Atlantic Council, as well as in Abu Dhabi, and opened talks with other U.S institutions and private sector bodies, as well with the industry, including U.S independents.

“I believe this stands the organisation in good stead; with there now being a clearer understanding among engaged US stakeholders just what OPEC is about.

“It is cooperation, and a word I have already highlighted, multilateralism, that will be vital to OPEC’s and the industry’s future.”