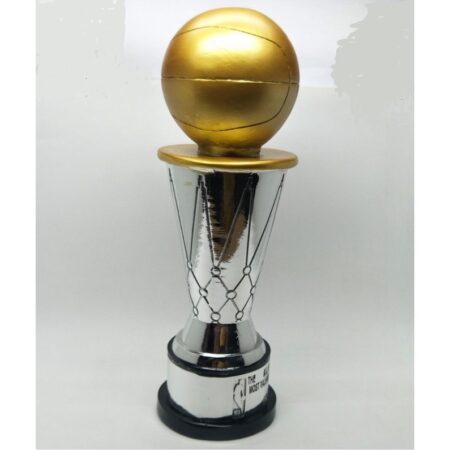 Mohammed Abah, Head Coach of Nigeria Customs Basketball Club of Lagos on Friday said the club would stop at nothing to win the Nigeria Basketball Federation Final Eight trophy.

Nigeria Customs beat hard-fighting Rivers Hoopers, 64-59 to book a place in the final match at the Indoor Sports Hall of the National Stadium, Surulere Lagos.

Abah highlighted that the team played defensive game all through and counterattack to see Rivers Hoopers out of the tournament.

He said the team stuck to their plans and were decisive when going forward as a team to accomplish their task.

“We played well today because we had a game plan and we made sure all that we wanted to achieve in the game was well delivered to perfection.

“Going to the final is another ball game entirely, but we are not disturbed about this because we are confident of going all the way to emerge champions at the end,” Abah said.

The Captain of the Customs, David Godwin, said that team was in good spirit to win the Final Eight Championship, going by their performance in the competition so far.

“We played good defense and as a unit, we were decisive upfront and played very well at the defence against hard-fighting Rivers Hoopers.

“We look forward to the final match where we have to come out stronger and stand up for another spectacular performance,” Godwin said.

Similarly, Kwara Falcons of Ilorin had a good day at the match by crushing Benue Braves, 83-59.

The Kwara Falcons plays Nigeria Customs for the championship crown as Rivers Hoopers plays Benue Braves for the third-place medal.

The NBBF Final Eight which dunked off with eight teams competing for honours on Nov. 7, comes to conclusion on Saturday at the same venue. 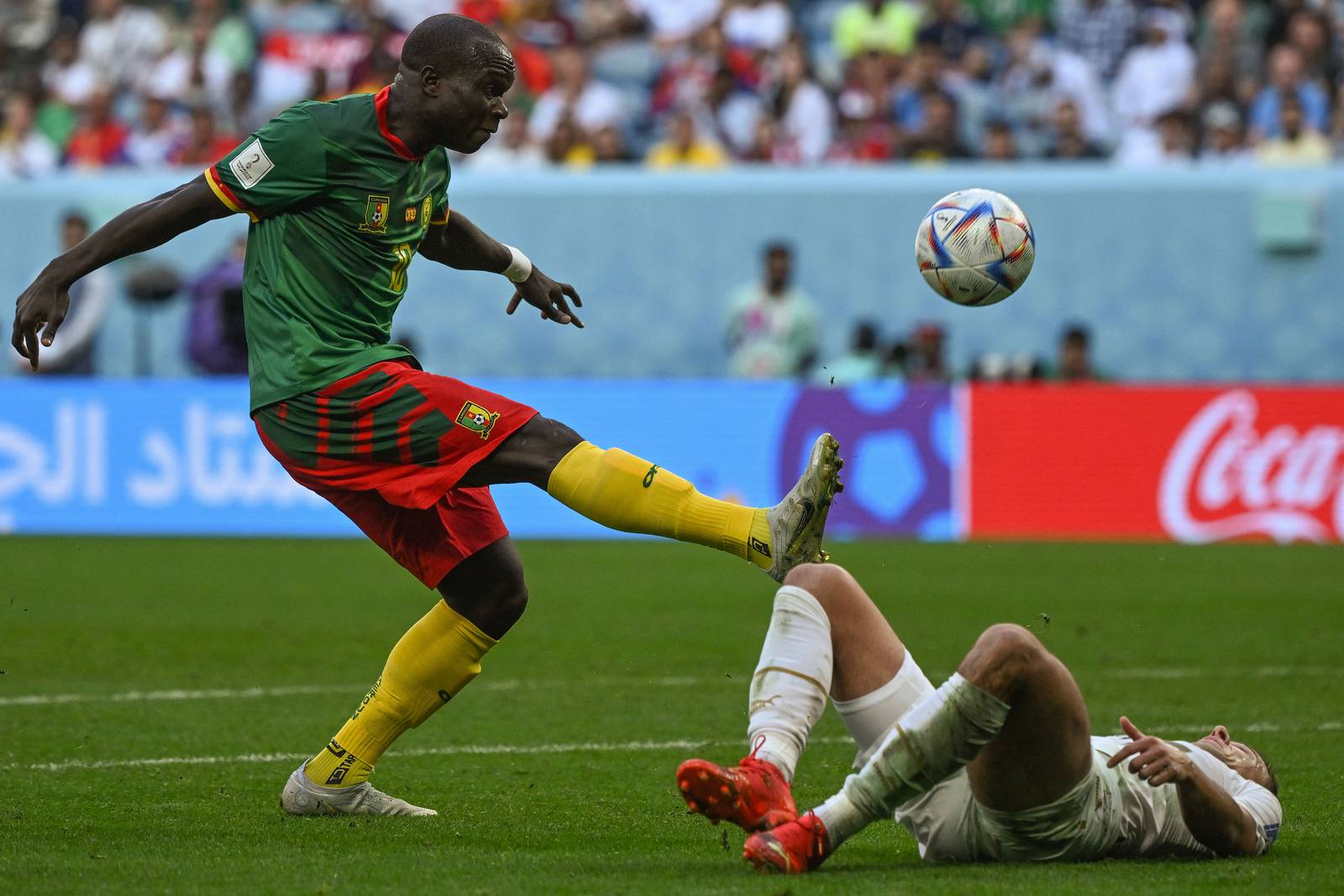 Cameroon and Serbia produced one of the best games of the Qatar World Cup but a dramatic 3-3 draw on Monday did little for their hopes of last 16 qualifications.

Cameroon took the lead against the run of play in 29 minutes when Jean-Charles Castelletto tapped in at the far post following a flick-on from a corner.

They kept up the pressure early in the second half and a well-worked move allowed Aleksandar Mitrovic to get a deserved goal.

But Cameroon substitute, Vincent Aboubakar changed the game again when he scooped the ball over the goalkeeper, assuming he was offside only to be ruled onside by the semi-automated system on 63 minutes.

The draw gives both sides one point, with Brazil and Switzerland on three ahead of their meeting on Monday.

Serbia takes on the Swiss in their final group game on Friday when Cameroon plays the Brazilians.

“I am satisfied because my players showed real fighting spirit. We were two goals down and came back.

“ That is the spirit that was missing in the first game,” Cameroon coach Rigobert Song said, referencing the opening 1-0 defeat by Switzerland.

“The team showed the right reaction. There are still things to improve, but for today we are satisfied.”

Song made a big call before kick-off by choosing goalkeeper Devis Epassy ahead of Andre Onana, with media reports saying the Inter Milan stopper had been dropped for disciplinary reasons.

Serbia brought in fit-again winger Filip Kostic, after he missed the opening 2-0 defeat by Brazil.

The Europeans dominated the opening spell and striker Mitrovic had three chances, including one effort which came back off the post.

But out of the blue, Cameroon took the lead, with defender Castelletto popping up completely unmarked for his first international goal.

Pierre Kunde then missed a good chance for the Indomitable Lions before Serbia levelled just before half-time.

Dusan Tadic sent in a free-kick from a central position and the burly Pavlovic rose highest to power a header into the corner, as another defender netted from a set-piece.

There was even time for Milinkovic-Savic to find the net with a measured shot from the edge of the area, which Epassy could only get a hand to.

The Lazio midfielder has been linked with top European clubs for years but a move has never materialized.

Cameroon’s defence for both goals could be questioned as Serbia’s rapid turnaround gave a better reflection of the game until then.

But an inspired substitution from Song set up another comeback.

Forward Aboubakar entered the fray at 55 minutes and soon made a difference with his size and skill.

“We had some problems, but we always played to win and played a very good game in the end.

“We are super motivated before the game against Brazil. We will look for our chance,” said Aboubakar.

His casual lobbed finish for his goal may well only have come about because he thought he was offside.

Serbia was then left shell-shocked as he carefully played in Choupo-Moting, who famously skipped the 2017 African Nations Cup won by his team but is now very much part of the group again.

Mitrovic had the best chances for a winner but lacked composure. 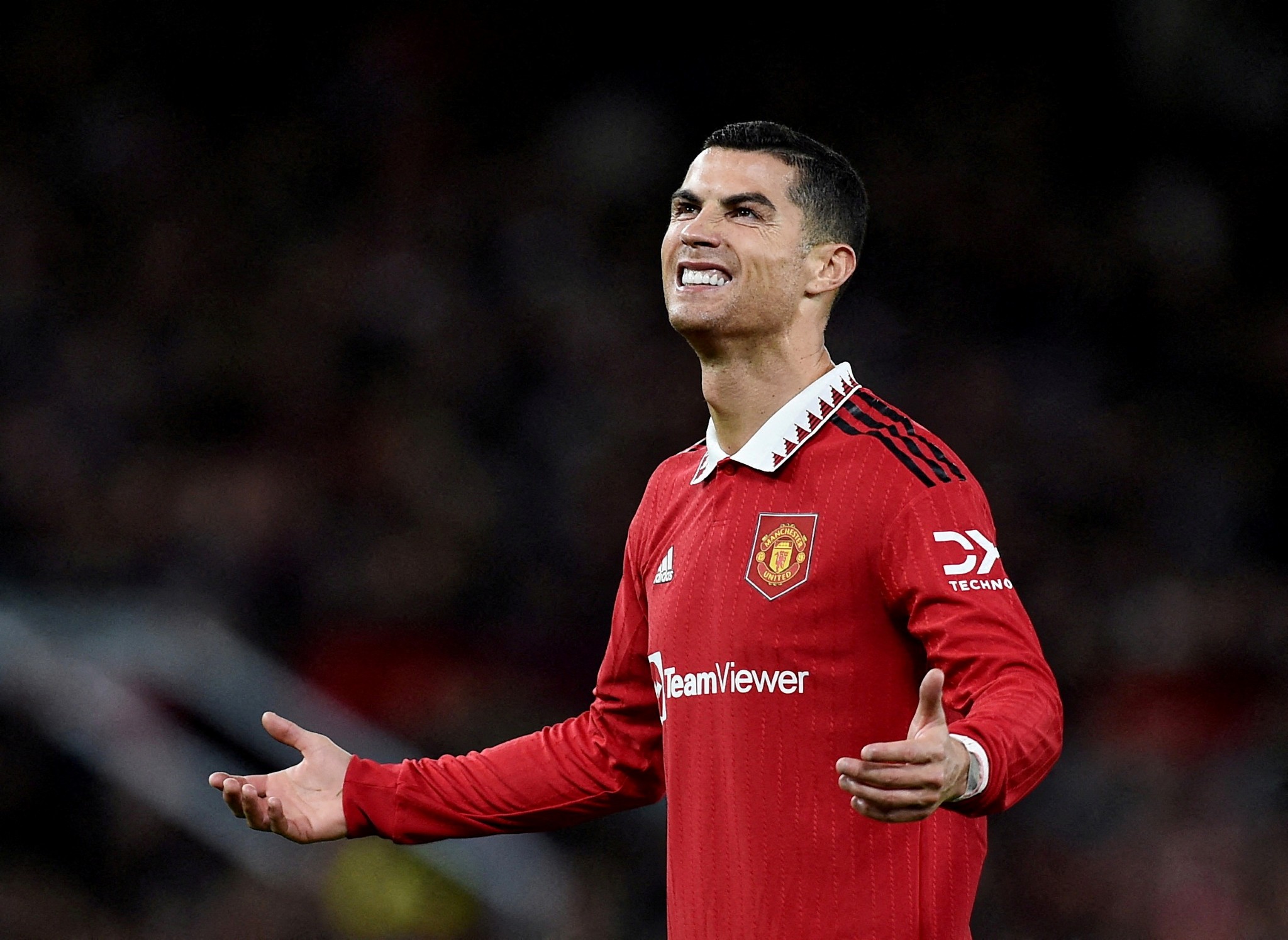 The development marked a bitter end to the Portugal captain’s second spell at Old Trafford after he said he felt betrayed by the club.

An interview this month — in which Ronaldo also said he did not respect manager Erik ten Hag —- had put him on shaky ground at the club.

Manchester United said last week they would address Ronaldo’s comments only after establishing the complete facts and added last Friday that they had initiated “appropriate steps” in response.

“Cristiano Ronaldo is to leave Manchester United by mutual agreement, with immediate effect.

“The club thanks him for his immense contribution across two spells at Old Trafford, scoring 145 goals in 346 appearances, and wishes him and his family well for the future,” Manchester United said in a statement.

“Everyone at Manchester United remains focused on continuing the team’s progress under Ten Hag and working together to deliver success on the pitch.”

Last month, Ten Hag said Ronaldo had refused to come on as a substitute against Premier League rivals Tottenham Hotspur.

This was when the forward walked down the tunnel with a few minutes of the game remaining after being put on the bench.

The 37-year-old was then not part of the squad which faced Chelsea the following Saturday before returning to the fold.

Ronaldo later said in the interview he regretted leaving early against Spurs, but added his decision to walk off came because he felt “provoked” by Ten Hag.

Ronaldo said in a statement on Tuesday that he loved the club and the fans.

“… That will never ever change,” he added. “However, it feels like the right time for me to seek a new challenge. I wish the team every success for the remainder of the season and for the future.”

Many of them are also at the World Cup in Qatar.

Ronaldo confirmed on Monday that an awkward handshake between him and midfielder Bruno Fernandes that was caught on camera and went viral was the result of a joke.

He said the joke was between the Portugal and Manchester United teammates.

Ronaldo added that he did not believe his actions would affect Portugal’s squad, adding that he felt great about the country’s chances of winning the World Cup.

Portugal kicks off their campaign against Ghana on Thursday. 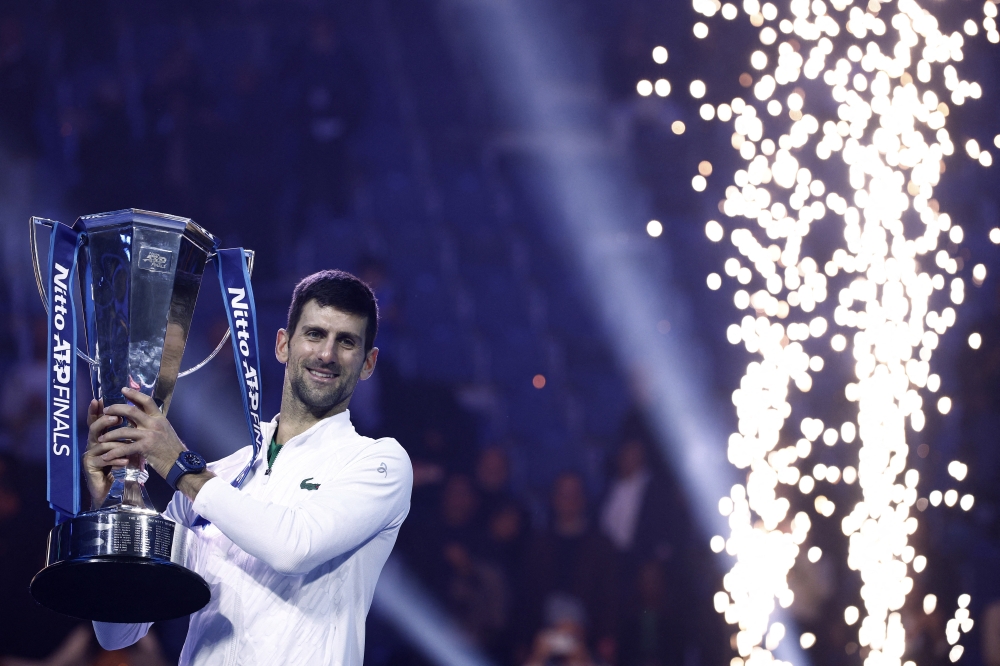 Djokovic, as a result, earned the biggest paycheck ever in tennis —- 4,740,300 dollars —- for completing the season-ending tournament unbeaten.

Djokovic sealed victory in style with his ninth ace to collect the title for the first time since 2015 in front of a rapturous crowd.

“Got to stay focused the entire match, every single point, the momentum can switch to the other side really quickly,” the Serbian said in a televised interview after the match.

“The fact that I waited seven years makes this victory even sweeter,” he added as he matched Roger Federer’s haul of six titles in the season-ending event.

The 23-year-old Ruud enjoyed the best tennis of his career in 2022 and battled toe-to-toe with the 21-time major winner early on.

But he produced two clumsy errors to hand Djokovic the break at the end of the first set.

Djokovic put his foot on the accelerator from there on, harnessing his mighty forehand to break Ruud in the fourth game of the second set.

The Norwegian threw everything he had at the veteran in a 36-shot penultimate rally but the Wimbledon champion was simply too sharp.

He outlasted his opponent in the marathon exchange to hold his arms out wide after clinching the title.

The 35-year-old Djokovic is the oldest player to win the title and said the tournament did not leave him unscathed after a grueling three-set thriller against Russian Daniil Medvedev en route to the semi-finals.

“It was not easy to recover and to really be able to play well in the semi-finals in less than 24 hours after that match,” he told reporters.

“It’s an internal battle with myself because there’s one voice that is always telling you ‘you can’t do it, you’re too tired, this and that, right? The bad guy and the good guy. You try to feed the good guy.”

Djokovic ends the season on a high note after a year of ups and downs.

He was unable to defend his title at the Australian Open in January as he was deported from the country due to his refusal to get vaccinated against COVID-19.

His stance also meant he was barred from competing in the U.S. this year, including at the season’s final major — the U.S. Open.

“I look forward to having a couple of weeks off because I was really kind of on the needles an entire year, whether it was for tournaments or waiting for permissions to go somewhere.

”So, I’m really glad that I managed to end it in a positive way,” said Djokovic, who collected a seventh Wimbledon title in July.

The defeat capped a disappointing end to Ruud’s breakout year.

The Norwegian had also reached the finals at Roland Garros and Flushing Meadows but came off second best.