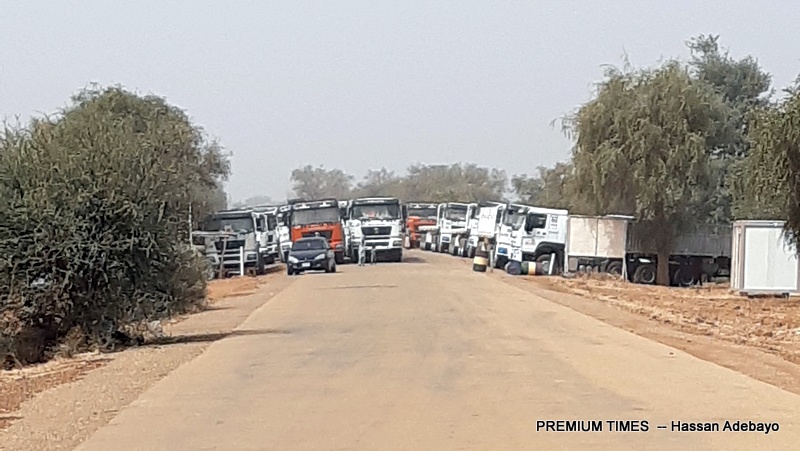 At least three persons, believed to be drivers of Dangote Cement and Sokoto Cement trucks, have died, after being stranded for months at Nigeria’s border with Niger Republic following the border closure policy.

Nigeria’s borders with neighbouring countries such as Benin and Niger have been partially closed since last August in a step authorities say will safeguard the economy and security.

The sealing of border crossings mainly targets widespread and largely unchecked smuggling of goods such as rice, poultry products, fabrics and vegetable oil into the country. In a reverse direction, petroleum products subsidised for local consumption also followed smuggling routes to neighbouring countries.

But real businesses that move goods across borders are also affected. Apart from losing revenues, the effect also has human costs.

“The trucks had moved cement to countries as far away as Niger, Mali, Chad and Ghana,” one official said, seeking not to be named because of service rules on press interviews. “They were returning to Nigeria empty when the border closure was announced. Some got close to the (border) gate but we had to ask they should move back.”

“Immediately, we got the announcement, we shut the gate and trucks have been there since that day in August,” the official further said.

PREMIUM TIMES confirmed the trucks have no good loaded on them based on direct observation and responses from the stranded drivers after being granted rare access to the drivers.

“The trucks are empty and they are not bringing anything to the country but they are stranded and the drivers and their boys are suffering,” another official, a Customs officer, said.

As the trucks are denied entry into Nigeria, the drivers and those described as “truck boys” have had to stay at the border but the conditions have become increasingly unbearable.

One of them explained that the companies insisted they stay at the border to protect the trucks.

“We allow them to walk across the border to buy food and we allow water vendors to sell water to them,” one official, from the immigration service, said.

“This is against human rights; how can people just be kept here?” one Customs officer queried. “But it is government policy, we can’t do anything about it but their employers should try to ensure the government allows the trucks into the country so that the stranded drivers and their boys can go to their various homes.”

One of the drivers, who is from Borno State, said he and his colleagues have not seen their families since August.

Since the border was closed in August, three officials, from Customs and Immigration services, and two truck drivers said three persons have died.

The three persons died during the wet season after they were bitten by snakes, PREMIUM TIMES was told.

There is no hospital within several kilometres of the border.

The officials declined to disclose whether the deceased truck drivers were employees of Dangote Cement or Sokoto Cement.

The officials at the border, expressing sympathies with the stranded drivers and their boys, believed Dangote Cement and Sokoto Cement were not doing enough towards resolving the logjam.

“They have abandoned their drivers in this condition. How can people be here without any house for several months? The companies know the government and even if it’s for one hour the (border) gate should be opened to allow the trucks to come in and the drivers can be free,” the Customs source said.

Anthony Chiejina, a spokesperson for Dangote cement, told PREMIUM TIMES he had just become aware of the situation at Illela and offered no further comments after requesting time to get confirmation.

Sada Suleiman of Sokoto cement, on the other hand, acknowledged the situation concerning his company’s trucks and drivers.

On the death of drivers, he, however, said, “I am just hearing for the first time” and requested another official, whom he said was better placed to confirm, be asked.

A senior official with the company, who asked not be named because he is not responsible for corporate communications, said, “we are losing a lot, a lot and we are doing our best to resolve the problem.”

He said Sokoto cement had shown the authorities documentation that proves the legality of its transborder trade.

But no headway yet, the official said. He did not categorically deny the awareness of the loss of drivers. “I can’t comment on that, I am not the one to ask,” he said and suggested that Mr Suleiman should be approached again.

Nothing came of repeated calls and messages to Joseph Attah, spokesperson for the Customs, for comment on this report.

There is no certainty yet about when the borders will open.

“The idea is to ensure that the protocol that is involved in transit of goods and trade facilitation is adhered to so that we will all live and complement each other,” Customs boss, Hameed Ali said last September.