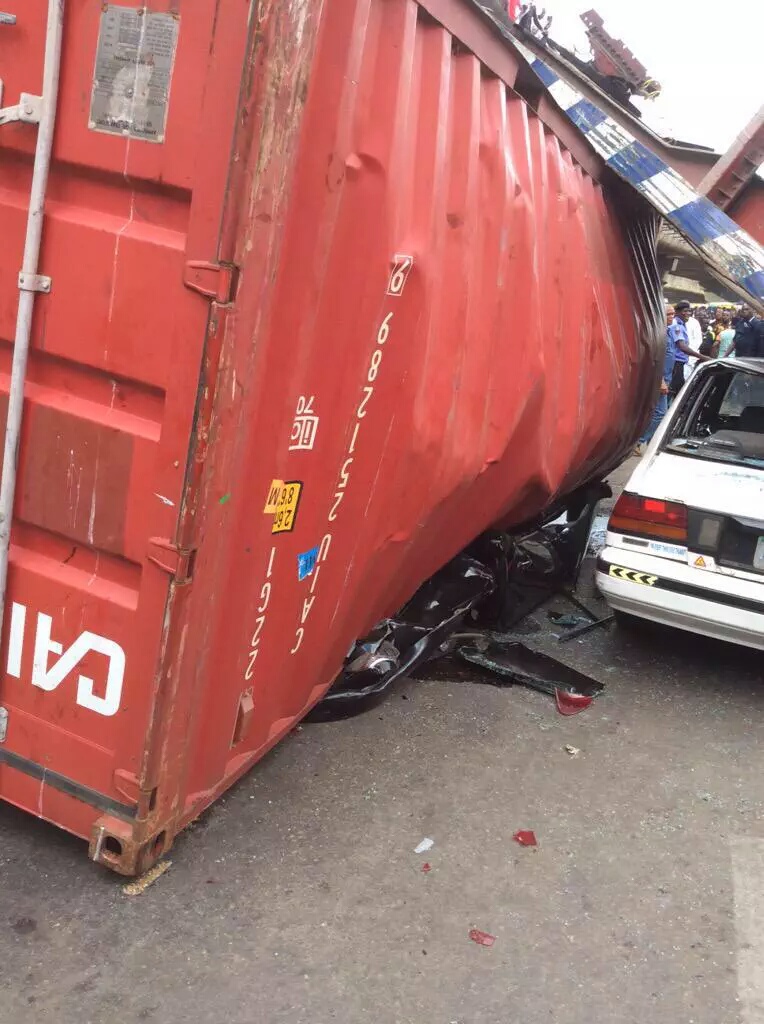 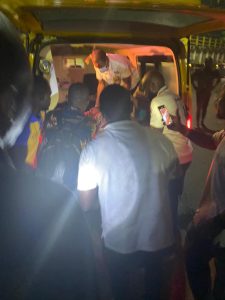 The Lagos State Emergency Management Agency (LASEMA) has rescued a female adult and recovered one male adult body from an accident involving a 40ft container at Costain roundabout.

This is contained in a statement signed by Mr Nosa Okunbor, Head of Public Affairs, LASEMA, on Thursday in Lagos.

Okunbor said the incident happened around 11:43 p.m. on Wednesday.

“In a just concluded overnight operation, the agency rescued an adult female who fell victim of a fallen 40-ft container, which left her male counterpart dead at the Costain roundabout.

“According to eyewitnesses, the yet-to-be-identified adult male and female were passing by when the container uploaded from the articulated vehicle and crushed the adult male to death instantly.

“The female broke her left leg and sustained severe injuries,” he said.

Okunbor said that the agency had activated the Lagos Response Team when the incident was reported on a distress call through LASEMA’s Emergency Toll-Free Line 112, at 11:43 p.m. on Wednesday.

“Situation report has it that the articulated truck laden with a 40-ft container was discovered to have fallen.

“Further investigations revealed that the truck had suffered brake failure while enroute the Costain roundabout and as a result, the container’s load fell off the back of the truck conveying it.

“Unfortunately, the container fell on an adult male and female.

The adult male was totally crushed and immediately lost his life as a result of the trauma.

“The adult female was extricated alive by the LRT through the deployment of the agency’s heavy-duty forklift, while the agency’s paramedics gave her pre-hospital care before conveying her to a nearby hospital,” he said.

Okunbor said that the body of the deceased had been bagged and handed over to the State Environmental Health Monitoring Unit (SEHMU), for further action.

“The truck and its fallen container has been recovered off the road and placed on a nearby layby, before being handed over to officers of the Nigerian Police Force at the scene of the incident.

“Present at the operation were LASEMA LRT and LASAMBUS officials including men of the Nigerian Police Force.

“The road has been reopened for public use. Recovery operation concluded and LRT headed back to base,” he said.

In another development, the Bauchi Police Command has confirmed the murder of three persons by gunmen at Yadagungume Community, Ningi local government area of the state.

SP Ahmed Wakil, Spokesperson of the Command, confirmed the incident to the newsmen on Thursday in Bauchi, saying that one person was abducted and later found dead.

He said the incident which occurred at about 02:00 hours was reported to the Police on Wednesday, at about 5.00 a.m.

“Some gunmen invaded Yadagungume village, shot two people, one Shuaibu Sani, 25, and Ruwa Ali, 35, all male, living in Limi village via Sama Ward, while one Yusuf Sani, 30, of Yadagungume, sustained bullet wounds and was rushed to the General Hospital Ningi.

He is currently being treated at the hospital.

“Also, gunmen abducted a 26-year-old Shuaibu Bala of the same Yadagungume and whisked him to an unknown destination,” he said

The PPRO added that two persons were taken to a hospital in Yadagungume for medical examination, where they were certified dead by a medical doctor and their remains were released to their families for burial.

He said the Command received a distress call and the Divisional Police Officer (DPO) of Burra Division led a team of policemen to the scene where 13 empty shells of AK-47 were recovered, saying the suspects are still at large.

The Police Spokesman said the State Commissioner of Police, Umar Sanda, had directed the Area Commander and the DPO Burra to intensify efforts to see that the perpetrators of the act are arrested to face the full wrath of the law.