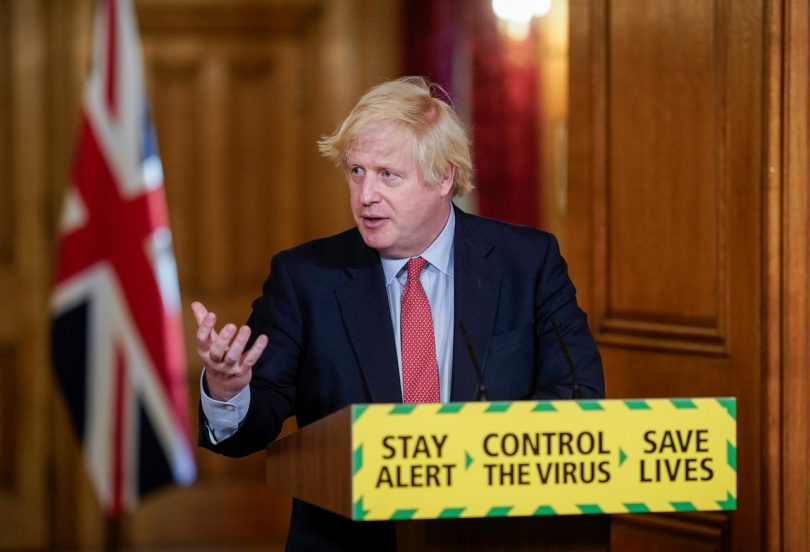 …As Lufthansa agrees on bailout with German government***

Non-essential retailers are to be allowed to reopen in England in June, British Prime Minister Boris Johnson announced on Monday evening.

Shops selling clothes, furniture, electronics or books, as well as auction houses and tailors are to be allowed to offer their services again from June 15.

Outdoor markets can reopen as of June 1.

Retail premises must be made “COVID-secure,” Johnson said.

On March 23, Johnson closed all stores that did not serve primary needs as part of efforts to contain the coronavirus pandemic.

The prime minister had already announced on Sunday that schools in England would be opened again for certain classes from June.

Scotland, Wales, and Northern Ireland are going their own way in the fight against the coronavirus.

Britain is the country with the most COVID-19 victims in Europe.

So far, 36,914 deaths have been recorded, Johnson said on Monday evening.

It is believed there is also a high number of unreported cases.

In another development, the German Government and Lufthansa have agreed on a much-anticipated bailout deal to help the airline cope with losses from the coronavirus pandemic, both sides announced on Monday.

The deal, which provides for aid and equity measures worth nine billion euros ($9.8 billion), is yet to be approved by Lufthansa’s supervisory board and the European Commission’s competition watchdog.

The German government said that Lufthansa had been profitable before the pandemic, but is now facing the biggest financial crisis in its history.

The pandemic has grounded around 90 per cent of its planes.

At one point, the firm was losing about 800 million euros per month.

The status of some 138,000 employed by the airline and its many subsidiaries, which include Austrian, Brussels, Eurowings, Swiss and others, along with Lufthansa Cargo, was a major factor in talks.

The German economic stabilisation fund, set up by the government during the coronavirus crisis to be able to acquire stakes in important companies in an emergency, approved the deal earlier on Monday.

As part of the bailout, the government would receive a 20-per-cent stake in the company.

Some of the conditions, Berlin has set before it will take part, include more stringent environmental protections.

The stabilisation fund will also make a silent capital contribution of up to 5.7 billion euros in Lufthansa’s assets.

The interest rate is planned to increase from an initial four per cent to 9.5 per cent.

A loan of up to three billion euros is also planned with the participation of the state-owned KfW bank and private banks with a term of three years.

According to the announcements, conditions will include a waiver of future dividend payments and two supervisory board seats will be filled in coordination with the government.

Chancellor Angela Merkel said last week that the government had been in “intensive talks” not only with Lufthansa but also with the European Commission.

According to reports by the business daily Handelsblatt, Merkel intends to oppose any attempt by the European Commission to deprive Lufthansa of take-off and landing slots in return for the large state rescue package being negotiated.

According to the report, the EU competition authority plans to take slots away from the airline, Europe’s second-largest by passenger numbers, at its main hubs of Frankfurt and Munich.

Merkel is reported to have said “this will be a hard struggle’’.

Economy Minister, Peter Altmaier, said on Monday that a number of questions still needed to be clarified with the European Commission regarding the deal and that Berlin would “fight and work” to ensure that Lufthansa could continue to operate as before in Germany.

European Commission watchdog authorities did not want to comment on whether their approval of the deal would be subject to special conditions.

However, a spokeswoman for the watchdog did point out that the rules for coronavirus aid in cases such as that of Lufthansa provide for “additional commitments to preserve effective competition’’.

The commission has recently eased the rules for state aid in light of the pandemic, but it is continuing to monitor for disproportionate help that could disrupt competition in the internal market.

A general condition, for example, would be that aid paid for with taxpayer money is sufficiently compensated.