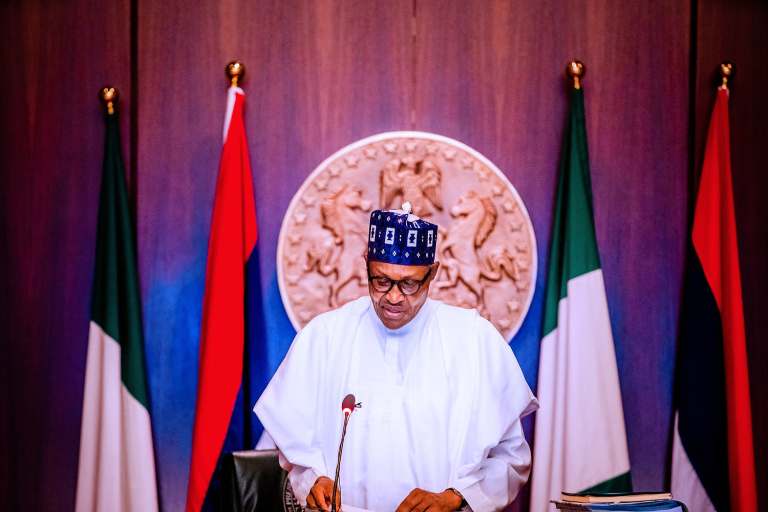 …As Nigeria woos foreign navies to secure Gulf of Guinea***

President Muhammadu Buhari on Monday commended the Nigeria Navy for improving maritime security in the nation’s waters, prompting the delisting of Nigeria from countries affected by sea pirates.

Buhari, represented by the Minister of Defence, Maj.-Gen. Bashir Magashi (rtd.) expressed delight with the development while addressing participants at the International Maritime Conference held in Onne, Rivers.

The conference with the theme, “Optimising Collaboration for Maritime Security and Socio-Economic Development in Africa,” was organized by the Nigerian Navy to commemorate its 66th anniversary.

The newsmen report that the International Maritime Bureau (IMB) had on March 3 removed Nigeria from its sea piracy list.

The president said the country was able to exit the list through the collaborative efforts of the Nigerian Navy.

“We owe a strong reason to support the Nigerian Navy and I make bold to commend the navy for their giant strides in maritime security operations.

“This resulted in several arrests of economic saboteurs, perpetrators of illegal bunkering, smugglers, pipeline vandals, and other miscreants in the fight against illegality in the Gulf of Guinea maritime domain.

“The effort brought about the decline in piracy and ultimately the delisting of Nigerian from the IMB piracy list in March.

“The Nigerian Navy is the pertinent agency in the marine sector that has the responsibility in the constitution to check threats in the maritime domain,” he said.

Buhari also expressed delight that about 35 foreign navies had agreed to partner with Nigeria’s navy to further secure the Gulf of Guinea maritime space.

He noted the navies’ collaboration was important especially as a crime in the nation’s maritime space had taken an international dimension and threatened the aquatic ecosystem.

“These threats have become transnational and beyond the scope and capability of one nation to deal with.

“The focus is to mitigate the increasing vulnerabilities in African waters, especially in the Gulf of Guinea.

“This region is very rich and endowed in living and non-living resources, and therefore the economic opportunities therein as well as strategic problems cannot be overemphasized,” he added.

Also speaking, the Chief of Naval Staff, Vice Admiral Awwal Gambo, said the inter-navy collaborative operation against criminals in the region was timely.

He said the negative impact of crimes in the region affected both littoral and land-locked countries.

“The current security threats in the Gulf of Guinea are of serious concern to us, as well as the larger African and global community.

“What is perhaps more disturbing is that most of the criminal activities are directed at the economic life of both littoral and landlocked countries.

“Typically, maritime threats within the region have become transnational and are evolving beyond the scope and combat capability of one nation,” Gambo noted.

In another development, the Chief of Defence Staff (CDS), Lt.-Gen. Lucky Iraboh, has called for more collaboration with foreign navies to effectively tackle maritime crimes in the Gulf of Guinea.

Iraboh made the call while flagging off a two-day regional maritime exercise, codenamed ‘Exercise Edi-Diana’ at the Federal Ocean Terminal, Onne, in Rivers on Monday.

The newsmen report the multi-national exercise is organised bi-annually as part of the Nigeria Navy Week celebration.

Iraboh said no navy could independently police the entire ocean without the collaborative efforts of other navies.

“So, the only way that we can ensure efficient maritime security is through collaborative efforts rather than by individual states acting independently.

“’ Exercise Edi-Diana’ is unique and serves dual purposes of firstly, to celebrate the Nigeria Navy at 66 and secondly, to foster cooperation to enhance maritime security.

“The exercise scenario to be simulated in the next two days at sea includes anti-piracy, anti-illegal unreported, unregulated activities and fleet manoeuvre, amongst others,” he said.

The CDS said there was a need for foreign navies in Africa, European Union and the United States Coast Guard to work together to achieve a common goal.

“This is because the ocean is a key asset to the world, and as such, building forces together through collaboration will enable us to access its benefits as a comity of nations.

“I am optimistic that this exercise will further reinvigorate the operation readiness of participating navies, to ameliorate maritime crises within our collective maritime space,” he added. 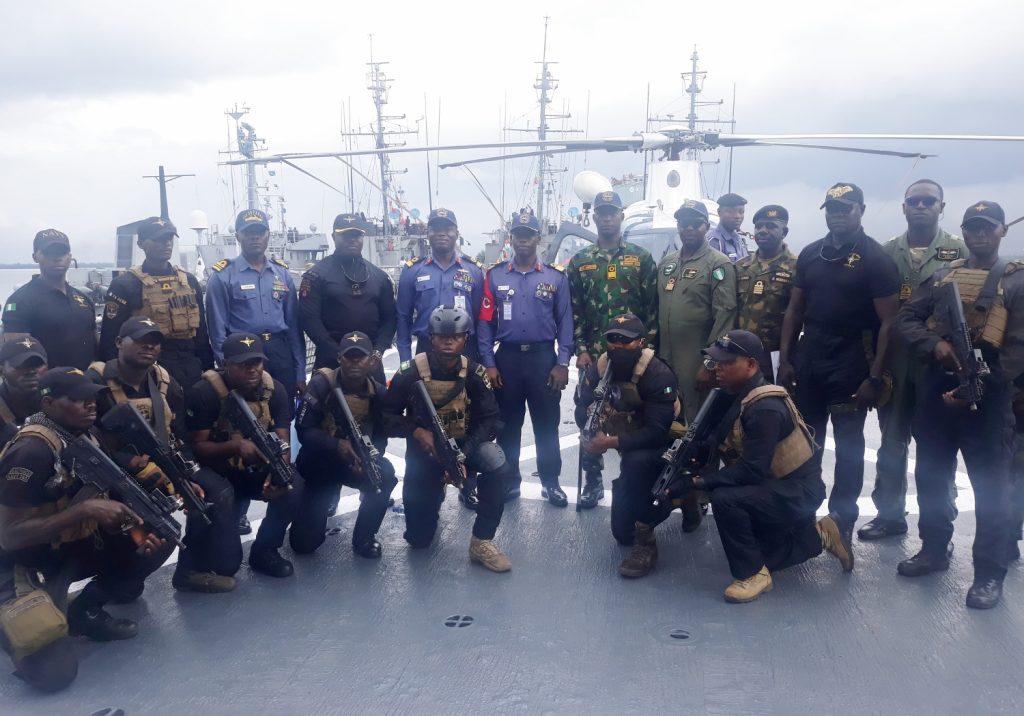 The defence chief said the Federal Government had quite a plan to re-arm the navy through the acquisition of capital ships and other military hardware.

“There are a good number of assets that we are also expecting in the medium term aside from the ones that have been received in the last few months.

“The intention is to enhance the capacity of the Nigeria Navy, to efficiently deal with all crimes in Nigeria’s waters and beyond as well as prevent them from occurring,” he added.

He said eight Nigeria navy warships, two helicopters and its Special Boat Service (Special Forces) would take part in the exercise in the Gulf of Guinea waters.

“These are geared towards enhancing the collective capability of the Gulf of Guinea navies against maritime crimes.

“Others participating in the exercise include Cameroun, Ghana, Italy and Togo navies.

“The exercise presents an opportunity for the Nigeria navy to work together with other national and regional navies in the spirit of the Yaoundé Accord,” he added.