President Muhammadu Buhari has submitted the 2019/2020 budget estimates of the Niger Delta Development Commission (NDDC) to the Senate for consideration and approval.

President of Senate Ahmad Lawan read the letter accompanying the budget estimates at the plenary.

The letter states: “In pursuant to Section 18 Sub Section (1) of the NDDC establishment Act, I forward herewith, the 2019/2020 budget estimates of NDDC for your kind consideration and passage by the senate’’.

Enyinnaya Abaribe (PDP Abia), however, raised a point of order 43 on the proposed NDDC budget.

He said what the presentation meant was that the budget would go to the relevant committees on Appropriation and NDDC, while some persons would come to defend the budget.

Abaribe said that the Senate had confirmed members of the board of the NDDC but they had yet to assume office.

He said there was the tendency for the budget to be delayed since nobody would come to defend it.

“Having confirmed the board, the Senate should not entertain any illegal contraction coming to represent the NDDC.

“If we act fast, we will prevent disaster from coming and prevent delayed budget for NDDC that is involved in the development of the Niger Delta region,’’ he said.

Lawan, who sustained the order raised by Abaribe said that the Senate was receiving the 2020 budget of NDDC at the right time for the first time.

He said that the next thing by law was for the appointment of the board members to take immediate effect, so that they could defend the budget.

The senate also at the plenary considered the presentation and first reading of 12 bills.

The senate also considered for second reading four bills, including Bill for an Act to establish Federal University of Gashua to make comprehensive provision for its due management and administration.

The bill, sponsored by Sen. Abdullahi Yahaya (APC Kebbi), was later referred to the Committee on Tertiary Education Trust fund (TETFund) and Tertiary Institution for further legislative input and report back in four weeks.

Also considered was a bill for an act to establish a federal university in Wukari to make comprehensive provision for its due management and administration.

The bill sponsored by Sen. Bwacha Emmanuel (PDP Taraba) was also referred to Committee on TETFUND and Tertiary Institution and to report back in four weeks.

Mr Kemi Oduwole (APC – Ijebu Ode ) moved the motion for the adoption of the committe’s report on the bill during plenary in Abeokuta while it was seconded by Olakunle Sobukanla (APC – Ikenne).

Oduwole had earlier read the report of the Committee on Commerce, Investments and Industries before other members of the House.

Sherif , who is the Majority Leader, was supported by the whole House through a voice vote.

The Acting Clerk, Deji Adeyemo, thereafter, read the bill for the third time.

The lawmakers had during the second reading of the bill said it would promote the development of infrastructure and service delivery in the state.

The lawmakers also stated that the enactment of the bill would allow for public and private sectors’ collaboration to improve infrastructural development.

The Speaker of the House, Mr Olakunle Oluomo, ordered that a clean copy of the bill be forwarded to Gov. Dapo Abiodun for his assent. Transactions on the Nigerian Exchange Ltd. (NGX) on Tuesday remained bearish with crucial indicators declining by 0.24 percent, and the market shedding N62 billion, to close at N25.775 trillion, compared with N25.837 trillion on Monday.

The market breadth closed flat with 12 stocks on the gainers’ and losers’ tables.

A breakdown of the price movement table showed that Chams Plc topped the gainers’ table with an increase of 9.09 percent to close at 24k per share. 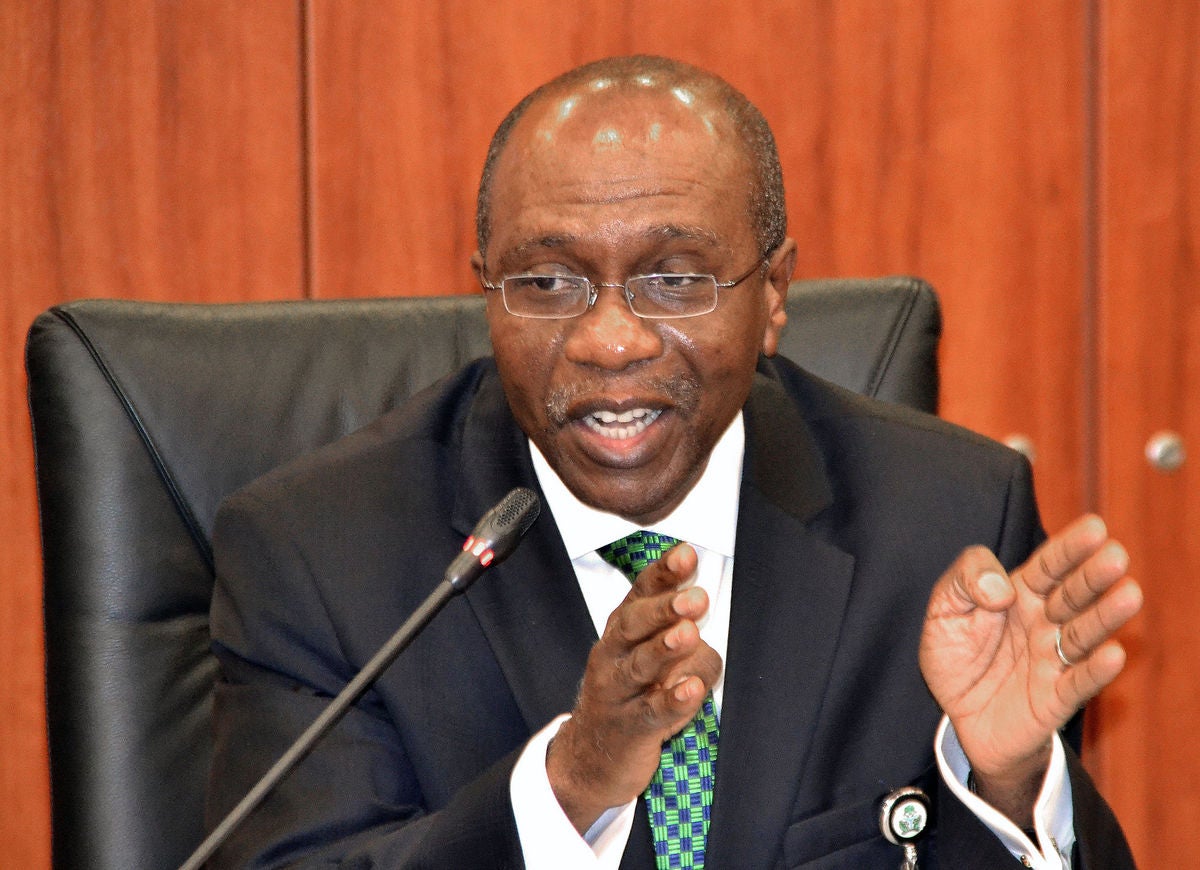 Mr. Godwin Emefiele, Governor, Central Bank of Nigeria (CBN) on Friday opined that the steady increase in headline inflation from 15.60 percent in January to 20.77 percent in September was consistent with global trends.

Emefiele said this at the 57th Annual Bankers Dinner, organised by the Chartered Institute of Bankers Nigeria (CIBN), on Friday in Lagos.

The dinner had the theme, “Radical Responses to Abnormal Episodes: Time for Innovative Decision-making” which was appropriate and well-timed.

He also said headline inflation soared to 20.77 percent in September, indicating eight consecutive months of an uptick, and that the upward momentum was after a successive period of decline in 2021, due to balanced monetary policy actions.

“During this period, core inflation also resumed an upward movement from 13.87 percent in January to 17.60 percent.

“In addition to harsh global spillovers, exchange rate adjustments and imported inflation; inflation was also driven by local factors such as farmer-herder clashes in parts of the food belt region,” he said.

Emefiele said during the early part of 2020, the world economy experienced the most significant downturn last witnessed since the Great Depression following the outbreak of the COVID-19 pandemic.

He said the effect contracted global GDP by about 3.1 percent in 2020, and commodity prices went into a state of turmoil as the price of crude oil plunged by over 70 percent.

He said as the world struggled to recover to pre-pandemic conditions, the global economy was yet again hit by another adverse occurrence with the eruption of the Russian-Ukraine war.

He said the war, along with the sanctions placed on Russia by the US and its allies, led to a spike in crude oil prices.

He said in an attempt to contain rising inflation, advanced markets such as the US, began to increase their policy rates, which led to a tightening of global financial market conditions along with a significant outflow of funds from emerging markets.

“The subsequent strengthening of the US dollar further aggravated inflationary pressures, along with a weakening of currencies, and depletion of external reserves in many emerging market countries.

“Today close to 80 percent of countries have reported heightened inflationary pressures due to a confluence of some of the factors mentioned above,” said Emefiele.

He explained that central banks in emerging markets and developing economies, in a bid to contain rising inflation were also compelled to raise rates, which was expected to lead to a tapering of global growth over the next year.

“In fact, the short-term global growth projections by the IMF have been downgraded three times in 2022 and are likely to be below the 3.2 percent and 2.7 percent estimates for 2022 and 2023, respectively.

He said in view of the food, energy, and cost-of-living crises in many countries, there were growing restrictions on food exports from many countries.

“As at the last count, about 23 countries, mainly in advanced economies, according to the World Bank have banned the export of 33 food items. “Seven other countries have additionally implemented various measures to limit food exports,” said Emefiele.

On currency redesign, Emefiele said, “Analysis of the key challenges primarily indicated a significant hoarding of banknotes, as over 85 percent of the currency in circulation were held outside the banking system.

“This is even as currency in circulation more than doubled from N1.46 trillion in December 2015 to N3.23 trillion in September 2022; a worrisome trend that must be curbed.”

He, therefore, said the policy would quicken the attainment of a cashless economy as it was complemented by increased minting of the eNaira.

According to him, the redesigned notes will also curtail currency outside the banking system, and as the monetary policy becomes more effective, it will help rein in inflation.

Earlier, Dr. Ken Opara, CIBN president, commended Emefiele, saying he had during the year, continued to be purposeful in curtaining economic shocks from the aftermath of the fourth wave of the COVID-19 pandemic.

He commended him for keeping inflation and other related economic indices, especially the naira, from distortions exacerbated by declining production levels fueled by high cost of production, insecurity, dwindling government revenues, foreign exchange volatility and uncertainty in the global oil market.

Opara said, “through the careful management of the Monetary Policy Rate (MPR), the CBN continued to drive the recovery path of the Nigerian economy through the expansion of credit to the real sector, guided management of foreign reserves and promoting sound financial environment and monetary policy.”

The Annual Bankers’ Dinner is a platform where stakeholders of the banking community gather to reflect on the developments in the banking industry and economy over the past year while gaining economic insights for the year to come.