The Caverton Offshore Support Group Plc has unveiled its first prototype boat with applications and oil industry standards to be used as a crew boat for International Oil Companies (IOCs) and other oil producers.

The company’s Chief Executive Officer, Mr Olabode Makanjola, made this known on Tuesday in Abuja while speaking with newsmen on the sidelines of the ongoing Nigeria Oil and Gas (NOG) conference.

The newsmen report that the conference has its theme as: “Funding the Nigerian Energy Mix for Sustainable Economic Growth.”

He added that it would address traffic congestion in the country while moving people around safely.

“We were able to build our first prototype boat with oil industry standards and applications which could be used as a crew boat for the IOCs and other oil producers in Lagos, Delta and other areas.

“We are targeting to explore all the riverine areas.

We have got interest from Akwa Ibom and Bonny Island in Rivers.

“Initially, we thought of working with the Lagos State Government in supplying and maintaining a vessel because it cost so much in bringing in the high-quality vessel.

“We discovered that though there were boat yards in Delta and Rivers states with operators but people feel unsafe because a lot of boats in the market were of low quality and unsafe.

“We decided to invest in the community with positive things.

We are constantly being checked in terms of ensuring that we meet the right level of safety,” he said.

Makanjola said in terms of diversification it sought out problems or looked out for where there were challenges and opportunities to develop the sector as regards to local content training.

According to him, it moved into the aviation space with the support of Nigeria Content Development and Management Board (NCDMB) and Shell and was able to break into that market which it currently uphold 70 per cent of the market.

“We first got into a helicopter because we realised that there were no Nigerians in that sector and we conquered.

“We realised that the aviation sector was struggling with Maintenance and Repair Overhaul (MRO) facility as well as training so we built the first business repair and overhaul centre in Nigeria.

“This basically means that we do not have to fly out any of our aircraft for major repair, we can strip our aircraft down for major report the idea is to create a hub in Sub-Saharan Africa for this sort of operation,” he said.

He said it was committed on training, especially when local content was concerned adding that initially 80 per cent of its pilots were expatriates but currently 95 per cent were Nigerians mostly trained by Caverton.

“Under the amnesty programme in the Niger Delta we trained a lot of pilots, a lot are flying with us today.

“We fly them out to Dubai, Europe, U. S. A for training, these facilities are difficult to come by and space is very limited we also designed a module using simulator to train and fly over the country.

Makanjola said it was focused on developing more training capacities and offering third-party maintenance in marine and offshore activities to spur economic diversification and growth.

In another development, the Organisation of the Petroleum Exporting Countries (OPEC) has tasked the Federal Government to develop new technologies and strengthen human capacity and innovation to meet the world’s growing need for energy.

OPEC said the regular investment was needed in view of the global oil sector requirement of cumulative investments of 11.8 trillion U.S. dollars in the upstream, midstream and downstream through to 2045 to meet energy expectations.

Dr Mohammad Barkindo, OPEC Secretary-General, made this known in his keynote address at the official opening of the ongoing 21st NOG Conference and Exhibition on Tuesday in Abuja.

The conference has its theme as: “Funding the Nigerian Energy Mix for Sustainable Economic Growth.” 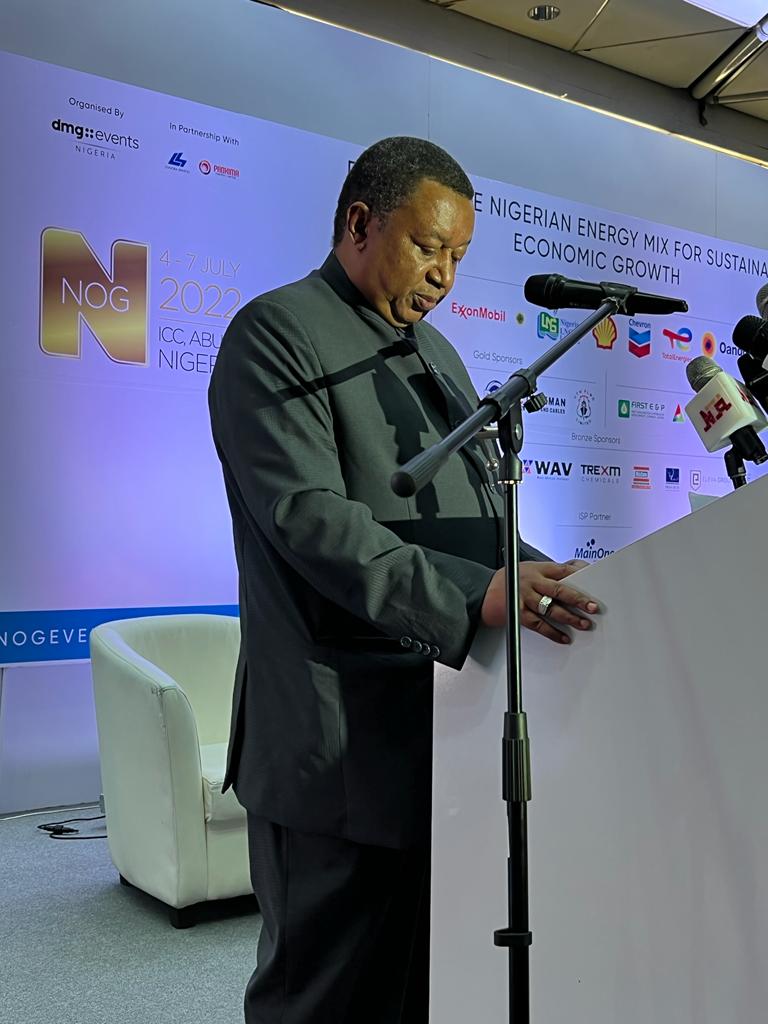 Dr Mohammad Barkindo, OPEC Secretary-General at the official opening of the ongoing 21st NOG Conference and Exhibition on Tuesday in Abuja.

“I am confident that the implementation of the Petroleum Industry Act will help unlock the full potential of our petroleum industry, strengthen its ability to attract long-term investment, as well as support a dynamic and diverse economy.

“If our National Oil Companies (NOCs) are to continue to innovate and flourish, it is of utmost importance that they have predictable and unfettered access to investment capital.

“Regular Investment at adequate levels is the lifeblood of our industry.

It is essential if we are to develop new technologies, strengthen our human capacity and remain leaders in innovation,” he said.

The OPEC secretary-general said the industry was facing huge challenges along multiple fronts and these are currently threatening investment potential and in the longer term.

“To put it bluntly, the oil and gas industry is under siege!

“For starters, the evolving geopolitical developments in Eastern Europe, the ongoing war in Ukraine, the ongoing COVID-19 pandemic and inflationary pressures globally have come together, causing significant volatility and uncertainty in the commodity and energy markets.

“Against this backdrop, a number of industrialised countries and multilateral institutions continue to pursue stringent policies aimed at accelerating the energy transition and fundamentally altering the energy mix,” Barkindo said.

He said in a very short timespan, the industry had been hit by two major cycles – the severe market downturn in 2015 and 2016, and the even more far-reaching impact of the COVID-19 pandemic.

He described 2020, the first year of the pandemic as one of the darkest periods in the history of oil, upstream oil capital expenditure which fell by around 30 per cent.

This, he said exceeded the colossal 26 per cent annual declines experienced during the severe industry downturn in 2015 and 2016.

He said the OPEC also projected that total primary energy demand would expand by a robust 28 per cent in the period to 2045.

According to him, oil is expected to retain the largest share of the energy mix, accounting for just over a 28 per cent share in 2045, followed by gas at around 24 per cent.

In other words, he said oil and gas together would continue to supply more than half of the world’s energy needs for many decades.

“These hydrocarbons are especially vital to the energy mix in regions like Africa, which will see massive population shifts and economic growth in the coming years.

“These developments increase the urgency of eradicating energy poverty.

The impacts of the two major market cycles are manifesting themselves in real-time,” he said.