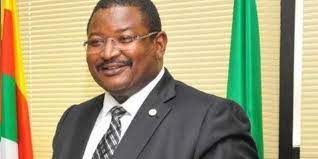 … As Consultant docked for allegedly defrauding applicants of N3.2m***

Justice Ahmed Mohammed, in a ruling, dismissed the application on the grounds that Yakubu was not the maker of the exhibits and as such, he could not be cross-examined based on those documents.

The newsmen report that Justice Mohammed had, on June 30, fixed today for ruling on the anti-corruption agency’s application.

The agency’s lawyer, Farouk Abdullah, had sought an order of the court to play video documents which were tendered while taking the evidence of the sixth prosecution witness (PW6) on Oct. 17, 2018, and admitted in evidence by the court in cross examining Yakubu, who was in the witness box as the first defence witness (DW1).

The court had marked the documents tendered as Exhibits “M,” “N” and “N1.”

While Exhibits “M” and “N” were compact discs, Exhibit “N1” was a memory card.

However, Counsel to the defendant, Ahmed Raji, SAN, opposed the EFCC’s application.

Raji had argued that Yakubu was not a maker of the exhibits which in the eyes of law were documents.

“This ought to have been done through  the witness who produced the document (PW6)  and who is the maker and who tendered exhibits in them,” he had said.

The senior lawyer also argued that allowing such application would be going contrary to “the directives of the Court of Appeal as to what is to be done in the suit.”

Abdullah had enjoined the court to look at the provisions of the Evidence Act as to whether a counsel in a trial has a right to make use of exhibits already before the court at any stage of proceedings in determining an issue, particularly in cross examination.

He submitted that an exhibit already before a court could be used to either establish a fact or dispel a fact at any stage of a proceeding.

“It is a right that can be enjoyed by both prosecution and defence.

“We urge my lord to so hold and answer this in affirmative,” he had said.

The Judge, however, disagreed with the EFCC in his ruling.

Abdullah had applied for a recall of two of the agency’s PWs in the trial following the court’s rejection of his request to play the video evidence.

But Raji opposed the prayer, arguing that since the EFCC had called all its witnesses and closed its case, “recalling those witnesses when the defendant had already opened his defence and he is in the witness box will only interrupt the proceeding.”

He also argued that allowing the prayer would not be doing justice to the defendant who had been in the witness box for over a year.

He urged the court to defer the anti-graft commission’s application until his client’s cross examination is completed.

Ruling, the judge noted that Yakubu, who had been in the witness box as DW1 (first defence witness) since July 8, 2020, had already given his evidence before the court.

“Therefore, the application to recall two witnesses is defer until the DW1 cross examination is completed,” he ruled.

Abdullah then applied for a short adjournment to enable him produce some documents which would be relevant in cross examining Yakubu.

Raji described the application as “a deliberate attempt to prolong the proceeding for reason known to the prosecution.”

He said in order to delay processing, the EFCC lawyer had been coming up with one application or another.

“My lord, I want it to be on record because if a defence counsel does this, especially senior lawyers, the same song will be ‘oh, they don’t allow criminal trials to move.

“My lord, a diligent prosecution would have come with everything,” he said.

Raji, who said application for adjournment was lacking in merit, urged the court to refuse it.

“It is against the spirit of justice and Administration of Criminal Justice Act),” he said.

The judge said though the court was not inclined to granting the plea considering the time the exercise had taken, he adjourned the case until July 29 for continuation of the cross examination of Yakubu.

Yakubu was, however, arraigned on March 16, 2017 on six counts but the trial court struck out counts five and six.

The Court of Appeal also ordered the former GMD to defend only count three and four which bordered on failure to make full disclosure of assets, receiving cash without going through financial institution.

In a related development, A 62-year-old consultant, Anthony Uwa, on Wednesday appeared in a Zuba Upper Area Court, for allegedly defrauding job seekers of N3.2 million

The Prosecution Counsel, Chinedu Ogada, told the court that the defendant committed the offence in July, August and September 2020.

He said that the defendant and Oyechi John, Chukwu Ebuka, at large criminally conspired and defrauded the complainants of N3.2 million.

The prosecution alleged that the defendant fraudulently deceived the complainants into believing that he will secure a job for them in the Nigeria Disability Data Bank.

He said the defendant failed to secure the job for the complainants and refused to refund their money.

Ogada said that during police investigation N150, 000 was recovered from the defendant and the offence contravened the provisions of sections 79 and 322 of the penal code.

The defendant, however, pleaded not guilty to the charge.

The judge,  Garmbo Garub, admitted Abba to bail in the sum of N5 million and a surety in like sum.

He ordered that the surety must be a civil servant on GL10 or above and must reside within the court jurisdiction.

Garub adjourned the case until Sept. 1 for hearing.