A Chief Magistrates’ Court sitting at Iyaganku, Ibadan, on Monday ordered that a 37-year-old taxi driver, Ibrahim Ramoni be remanded for alleged armed robbery and rape.

Ramoni was remanded over the alleged attempted rape of a serving female National Youth Service Corps member in Oyo State.

The Chief Magistrate, Mrs Munirat Giwa-Babalola, did not take the plea of the suspect for lack of jurisdiction.

She said the remand is pending legal advice from the  Oyo State Ministry of Justice.

Giwa-Babalola adjourned the matter until March 2, for mention.

Meanwhile, in a separate charge before the same court, Ramoni allegedly stole Techno Spark 8c cell phone worth N85, 000 from his victim.

Omilana said the offence contravened the provisions of Section 401 and was punishable under Section 402 of the Criminal Code Laws of Oyo State 2000.

In another development, Police on Monday arraigned four men at a Badagry Chief Magistrates’ Court for alleged stealing of household items valued at N57,000

The defendants, Isaiah Samuel, 22, Suru Adeokun, 22, Yusuf Lateef, 18, and Godspower Ejirigbo, 22, whose addresses are unknown, are standing trial on a count charge of stealing.

The Prosecutor, ASP. Clement Okuoimose, told the court that the defendants committed the offence on Jan.13, at about 9:00 a.m. at No. 1, Gbogbolowo Close, Ilogbo-Eremi, Badagry area of Lagos.

Ukuoimose explained that the defendants allegedly burgled the shop of one Bolanle Osanyinbi and stole some items.

“The defendants were caught by the guards in the area and were handed over to the Police for prosecution,” he said.

The offence, according to the prosecutor, contravened the Criminal Law of Lagos State, 2015.

The Chief Magistrate, Mr Fadahunsi Adefioye, while adjourning the case till Feb. 21 for mention, however, granted the defendants bail in the sum of N100,000 each with two surety in like some.

Auxiliary’, Chairman Oyo park system, gets Feb. 27; 4 others docked over Police-Assault in Ibadan 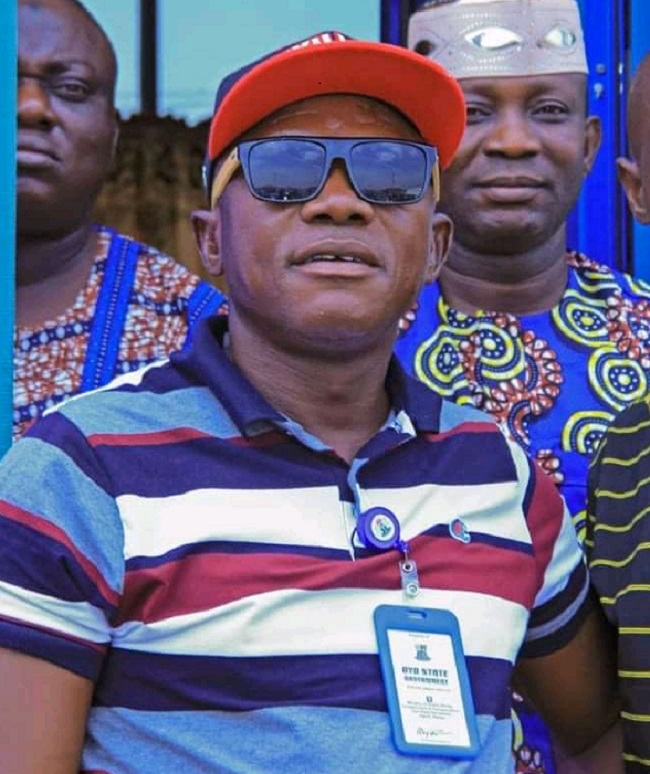 Lamidi was docked on Nov 17, 2022, for the alleged destruction of billboards of candidates of the All Progressives Congress (APC) worth N4.2 million.

The court did not seat on Thursday and no reason was given by the registrar.

All counsel in the matter agreed on the April 27 adjourned date.

He is charged with six counts bordering on conspiracy, unlawful damage and breach of public peace.

The Prosecution Counsel, ASP Sunday Fatola, said that the defendant and others at large allegedly conspired to commit the offence.

The police alleged that the defendant, on Nov. 13, at Igboora, at about 6.50 p.m., wilfully and unlawfully damaged APC billboards bearing the pictures of the party’s presidential, governorship and House of Representatives candidates, valued at N1.2 million.

The prosecution said on Nov. 13, at about 11.00 a.m. at Ido, in Omi-Adio Magisterial Area, Lamidi allegedly conspired with others to wilfully and unlawfully damage APC billboard, bearing the picture of Aderemi Oseni, the party’s House of Representatives candidate worth N3 million.

The Chief Magistrate, Mr Taiwo Oladiran, had admitted the defendant to bail in the N500,000 with two sureties in like sum.

The defendants, whose residential addresses were not provided, were charged with serious assault and assault occasioning harm.

The Prosecutor, Mr Philip Amusan told the court that the defendants allegedly committed the offence on Jan. 31, at 4. 30 p.m., around Idi-Ayunre road, Ibadan.

Amusan alleged that the four accused persons and others at large unlawfully assaulted Insp. Edalere Samusideen of the Iyaganku police station Ibadan and caused him serious bodily harm.

The prosecutor said that the defendants on the same date and place also allegedly assaulted another police officer, Sgt. Rufus Adewuyi and caused him harm.

He said the offence contravened Section 356(2) of the Criminal laws of Oyo State, 2000.

The Magistrate, Mrs O. A Akande granted the defendants bail in the sum of N50, 000 and one surety each in like sum.

She adjourned the case until March 3, for hearing. 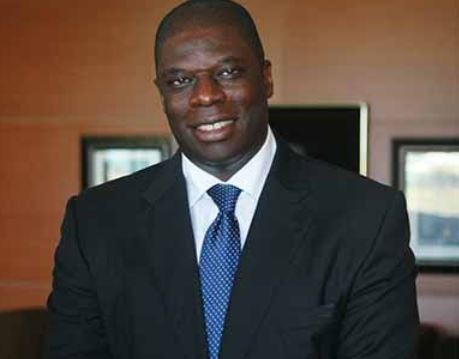 … Case adjourned till Jan. 31 for continuation of trial***

An accountant, on Monday, told an Ikeja Special Offences Court how the chief executive officer of Lionstone Offshore Services Ltd. and his wife allegedly converted $4.7 million to their personal use.

The accountant, Mr Godwin Okon, testified against Amaechi Ndili and his wife, Njide, who are facing a three-count charge bordering on stealing and fraudulent conversion of money to personal use.

The couple, however, pleaded not guilty.

Okon, also a business analyst, told the court that the defendants entered into a contract with Hercules Offshore Nig. Ltd.

According to the witness, after executing the contract, the defendants converted part of the proceeds to their personal use.

The witness was led in evidence by ACP Simon Lough (SAN).

He said that Addax Petroleum Development Nigeria had a contract with Lionstone Offshore Services Ltd., which was executed by Hercules based on an agreement jointly written on Jan. 14, 2010.

“Sometime in December 2009, Amaechi came to Hercules to discuss the possibility of collaboration between the two companies to team up and carry out some contracts in the Nigeria oil and gas field.

“The first defendant had based his reason on the expertise and experience of Hercules company, and by Jan. 14, 2010, a joint bidding agreement was entered into and some terms were spelt out,” he said.

He said: “Some other joint bidding agreements were fees spelt out.

“The contract was entered into by Lionstone and  Addax in October 2010, but it was executed by Hercules based on an agreement.

“When there is payment, the payment will go to the Lionstone account; then, Lionstone, on receiving such the amount, will remit the net amount after taking two per cent.

“Lionstone paid the invoices from Addax from the inception of the execution of the contract, up till June 2012, to Hercules.

“Based on the invoices, after Lionestone had failed to remit the money to Hercules and after making calls and nothing happened, our senior management went to Addax to inquire, and it was from there that we were told that Addax had paid all the invoices to Lionstone and that they were not owing Lionstone any money,” the witness said.

The police had on Oct. 19, 2022, arraigned the couple alongside Lionstone Offshore Services Ltd. on a three-count charge.

The couple, however, pleaded not guilty to the charge.

The police alleged that the defendants committed the offences from July 2012 to September 2013  at Lionstone Offshore, off A58 Road 2, Victoria Garden City, Lagos State, and Lionstone Offshore Services Ltd. at No. 38/39 Bull Plaza 19, Floor Marina, Lagos.

The alleged offences contravene Sections 516, 387 of the Criminal Code, Laws of the Federation, 2004.

Justice Olubummi Abike-Fadipe adjourned the case until Jan. 31 for continuation of trial. 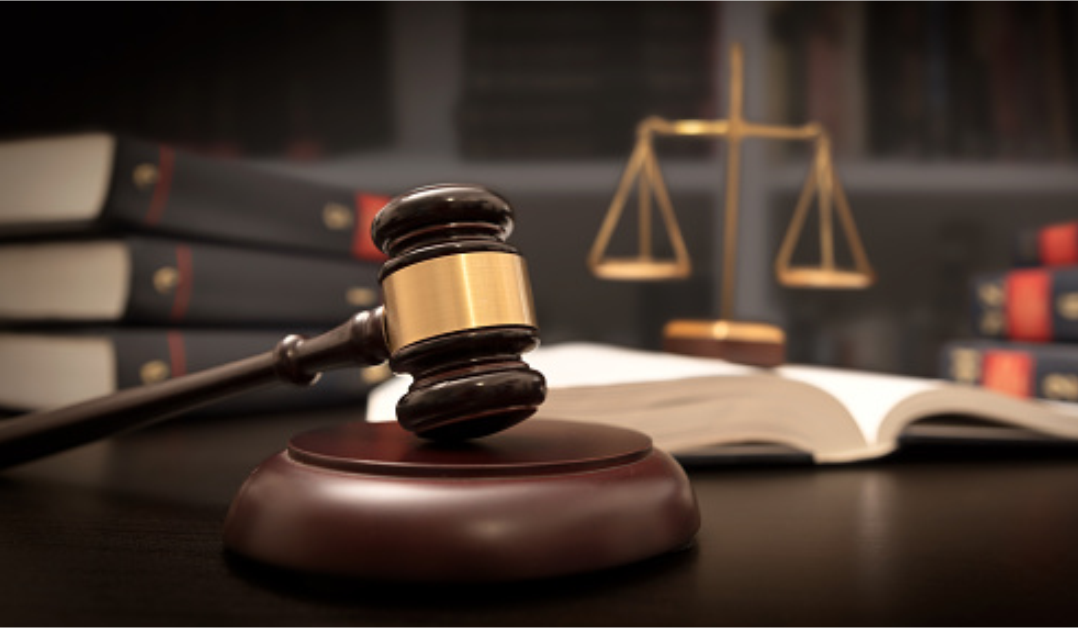 Officials of the Independent Corrupt Practices Commission (ICPC) can stand as prosecution witnesses in bribery cases, an FCT High Court ruled on Monday.

The ICPC had charged Danze with six counts of demanding N10 million kickbacks from a contractor handling construction projects in the area council.

It alleged that in March 2018, Danze demanded a N10 million bribe from the contractor handling the construction of a double-cell culvert at Paiko-Kore (Gwagwalada).

It alleged that the defendant demanded that the director, Remotosh Construction Ltd., Mr. Aremu Omotosho, should transfer the money to the counsel handling his election petition matter.

ICPC stated that the offence contravened the provisions of sections 10(a), 18(d), and 19 of the Corrupt Practices and Other Related Offences Act, 2000.

Danze pleaded not guilty to the allegations.

His defense counsel, Mr. Abdul Mohammed (SAN) had on July 7, 2002, argued before the court that an ICPC official was not eligible to stand as a prosecution witness in the case.

Justice Kekemeke ruled on Monday, however, that by virtue of Section 175 (1) of the Evidence Act, the witness is eligible to testify.

Section 175 (1) of the Evidence Act states that: “all persons shall be competent to testify unless; the court considers that they are prevented from understanding the question put to them.

He added that the witness was in court to tender documents that were already in the public domain and had not said anything before the lawyer’s objection.

Kekemeke further challenged the defense counsel to provide the relevant law which stated that the witness was not eligible to testify.

The judge adjourned the case to March 2 for continuation of trial after Danze’s lawyer prayed the court for the adjournment because his principal was not in court.

Mohammed, the defendant’s lawyer opposed the move, saying that the witness could not give evidence in the matter by virtue of section 192 (1) of the Evidence Act.

He promised to provide relevant literature and a written submission on whether or not Idoku could give evidence in the matter.