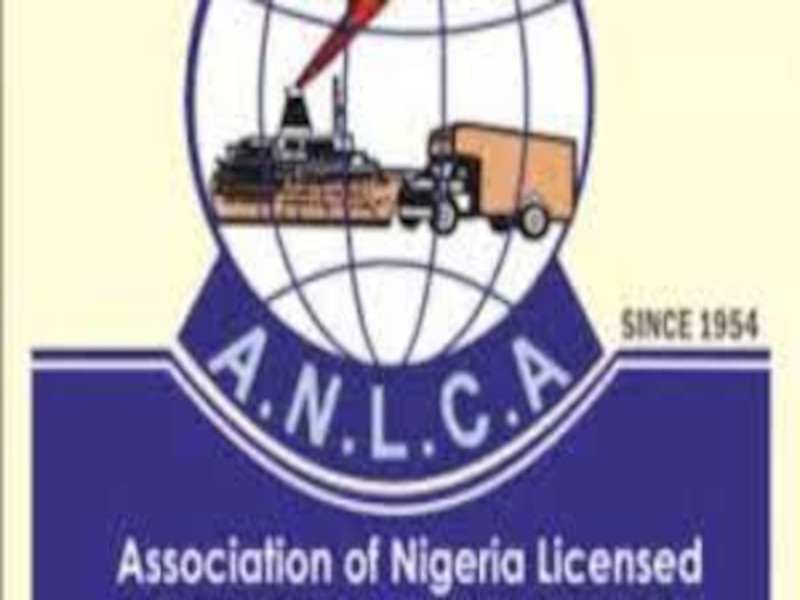 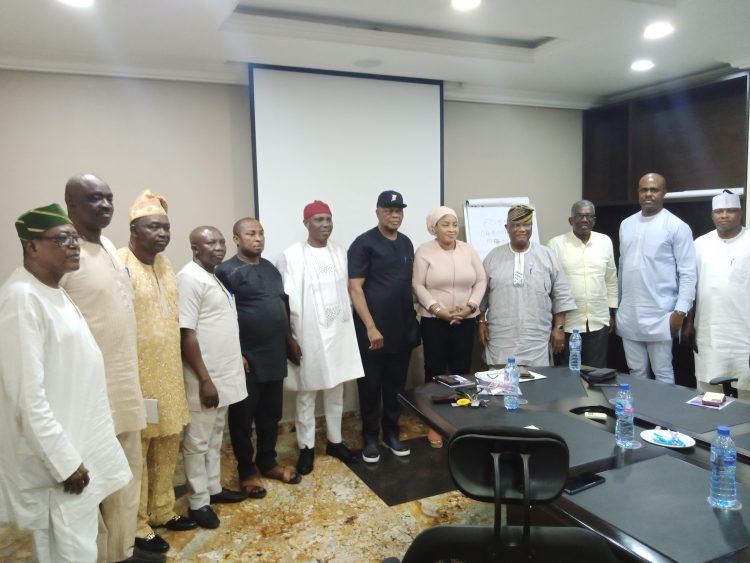 Group photograph of ANLCA board members

Mr Ozor Chukwurah, Acting Board Chairman, Association of Nigerian Licensed Customs Agents (ANLCA) says the board has resolved to implement a court judgment on the crisis rocking the association.

Chukwurah who made this known at a media conference in Lagos on Monday, spoke against the background of the locking up of the secretariat by a faction of the association.

The newsmen report that on Aug. 24, Alhaji Taiwo Mustapha, former board chairman whose tenure ended in February 2020 took over the ANLCA secretariat.

According to Chukwurah, there are so many judgements but they have not been implemented because they feel they are one family and keep talking to Mustapha and others, but with the recent development, the matter has gotten out of hand.

He added that the board had no choice but to meet, and resolved to implement all judgments.

He said one of the judgements under Justice Rilwan Aikawa of the Lagos High Court on Oct. 11, 2019, gave an injunction restraining Mr Tony Nwabunike, ANLCA president, from recognizing Mustapha as the chairman of the board of ANLCA.

He said the judgement went on to say that Mustapha should stop parading himself as board chairman and would not be recognized by the Cooperate Affairs Commission as a member of the board.

“This issue of ANLCA has lingered so much and the board has taken steps to nip it in the board.

We have given everything to bring in peace but they don’t want the peace.

“We have constituted a panel to see how to bring peace to the association, their members were part of the panel but they refused to implement the decision of the panel,” he said.

Chukwurah said the board would also write to the police and advised them to stop supporting any type of illegality from the other side.

“They have closed our office for five weeks and we have swallowed all insults but this has to stop, their behavior is putting the association in a bad light,” he said.

Farinto said someone suggested that in view of all crises witnessed, every office should run for one single term, board of trustees six years, NECOM five years, chapter executives four years, all for one term.

“The issue of tenure elongation was not our making, it was a unanimous decision at the AGM and it was agreed upon,” he said.

Mustapha, however, noted that the tenure of the current NECOM had ended in February and that whatever constitution amendment they purportedly carried out in December 2020 in Owerri remained null and void.

“What they did was tenure elongation, it is illegal and it is not acceptable,” he said.

Mustapha noted that Tony Iju’s camp in the past decided to frustrate every peaceful move that was being made in the ANLCA crisis. 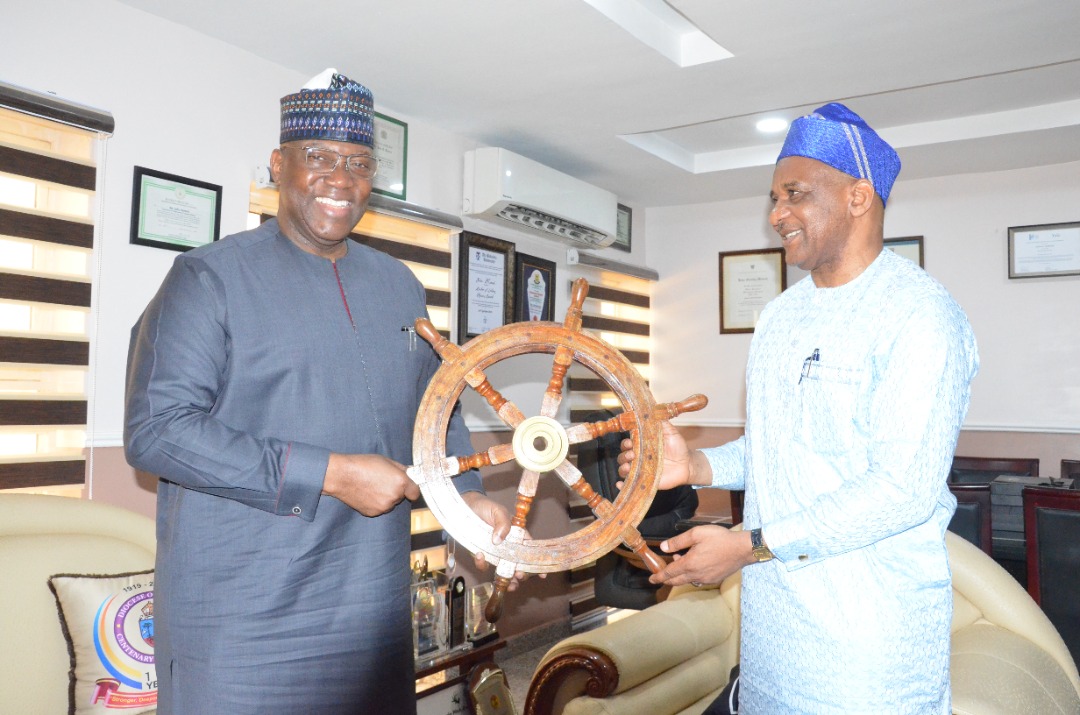 The Director General, Nigerian Maritime Administration and Safety Agency NIMASA, Dr. Bashir Jamoh has stressed the crucial importance of the Media to nation-building, and tasked media practitioners to put the nation’s interest foremost.

The NIMASA Director-General indicated this, during his working visit to the Chief Executive Officer of ChannelsTV Mr. John Momoh, highlighting the critical role of the media.

“The Media is crucial to Nation Building!”, Jamoh told his host, calling attention to why  Media owners must make conscious and deliberate efforts to imbibe national interest in information management, for the development of Nigeria with particular reference to the maritime sector. 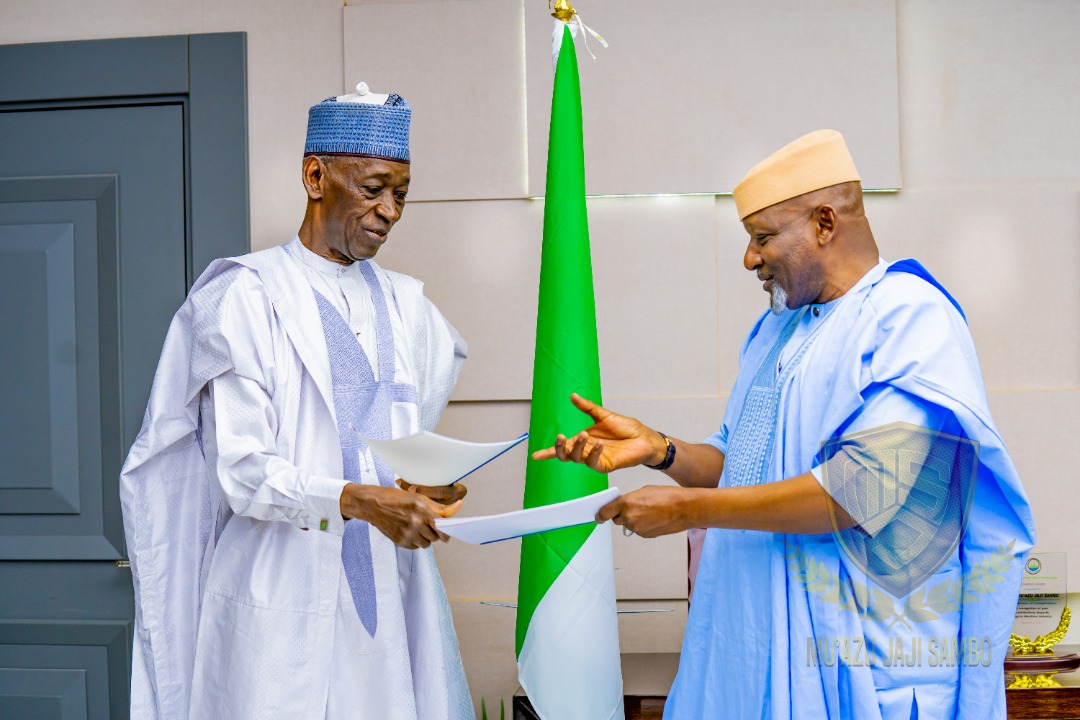 Nigeria and the Niger Republic have signed a Memorandum of Understanding (MoU) on the rail project, with the Minister of Transportation, Muazu Jaji Sambo stressing that the project will boost trade and other socio-economic activities within the continent, particularly between both countries.

The Minister stated this in Abuja at the MoU signing, noting the specific importance of the Nigeria rail line. Sambo signed for Nigeria while the  Minister of Transportation of the Republic of Niger, Alma Oumarou signed for his country.

The Minister noted that the rail line, which will start from Kano State in Nigeria and end at Maradi in Niger Republic,  will facilitate the realization of the objectives of the African Continental Free Trade  Agreement which Nigeria and Niger Republic are signatories.

“I am aware that people have blood relationships across borders so the project will expand the historical and cultural relationship between the people of Nigeria and those of the Niger Republic. The project is also very important in enhancing inter-nation and continental trade”, Mr. Sambo added.

According to him, after their inauguration, the Technical Committee will take charge of the facilitation and implementation of the project.

Speaking earlier, the Minister of Transportation of the Republic of Niger, Alma Oumarou corroborated that the rail project will promote inter-nation as well as continental trade, strengthen cultural ties between the two countries and create jobs.

In her welcome address, the Permanent Secretary, Federal Ministry of Transportation, Dr. Magdalene Ajani, said work has been ongoing on the  Kano-Maradi rail line for the past two years, adding that the signing of the MoU would expedite the completion of the project. The Executive Director/CEO of NEPC, Dr. Ezra Yakusak said that the development came on the heels of tremendous performance recorded in the non-oil export sector in 2022.

A statement issued on Thursday by Ndubueze Okeke, Head, Corporate Communications NEPC, quoted Yakusak as saying that the seaport would further ease the perennial congestion at the Apapa Ports.

“This development comes on the heels of the tremendous performance recorded in the non-oil export sector in 2022 in which the sector recorded a significant result of 4.820 billion dollars in 2022 representing an increase of 39.91 percent over 2021.

“The Lekki Deep Sea Port will not only provide jobs, directly and indirectly along the value chain but will further ease the perennial congestion at the Apapa Ports and thereby enhance the export drive of the country.

“Having been designated a Customs port, all is now set for commercial vessels to berth and clear cargo at the port which is reported to be the country’s first Deep Sea Port and first fully automated as well,’’ Yakusak said.

He explained that the Lekki deep sea port domiciled within the Lekki Free Trade Zone (LFTZ), would further create an enabling environment for business and commercial activities to thrive.

According to Yakusak, this is particularly for the export of Nigerian products as it will play a strategic role in promoting international trade and sustainable economic growth for the country.

“The commissioning of the Lekki Deep Seaport is strategic and very key to the development and promotion of export trade.

“Indeed, it will ease the supply chain constraints and enhance logistics given the vital role of logistics in facilitating the transportation of goods to the international market.

“It is also a major source of foreign exchange earnings,” he said.

Yakusak said that about 214 different products ranging from manufactured, semi-processed, solid minerals to raw agricultural products were exported in 2022.

He said that 19 exit points were used with Apapa Port recording the highest tonnage of exports.

Yakusak commended President Muhammadu Buhari for providing the political will to execute the project in collaboration with other stakeholders.

He said that the project was expected to add about 361 billion dollars to the economy.

The project is a joint venture between the Nigerian Ports Authority (NPA) and the Lagos State Government.

Others are the Tolarams Group (owners of the Lagos Free Zone) and China Harbour Engineering Company.

In another development, the Federal Government said it foiled  66 attempts by hackers from Europe to compromise the virtual meetings of the Federal Executive Councils (FEC).

Minister of Communications and Digital Economy, Isa Pantami gave the revelation in Abuja at the 19th edition of the President Muhammadu Buhari (PMB) Administration Scorecard Series (2015-2023).

The scorecard series was organised by the Ministry of Information and Culture to showcase the achievements of Buhari’s administration.

Presenting the scorecards of his ministry, Pantami said since the unveiling of the National Policy on Virtual Engagements for Federal Public Institutions in October 2020, not less than, 108 virtual FEC meetings had been held.

He said from the 108 virtual FEC meetings held, 66 attacks to compromise the meetings were made from Europe but all failed.

The minister said all the cases were reported to the appropriate authorities for the record and actions.

He recalled that the National Policy on Virtual Engagements was launched to formalise government online meetings such as FEC and Council of State meetings.

The minister said that with the policy developed with the office of the Head of Service of the Federation, government’s virtual meetings could be held effectively and legally.

He said the implementation of the virtual meetings had saved the country over N47 billion which could have been used if they were held physically.

The minister also disclosed that in line with Buhari’s vision to lift millions of Nigerians out of poverty, not less than 2.2 million jobs had been created in the digital sector in the past three years.

He said the feat was achieved in the sector by the implementation of the Executive Orders signed by the President to priotise indigenous content as well as indigenous professional in the execution of national projects.

Pantami said in the execution of jobs, planning and design of projects as well as appointments of key officials in the digital sector of the country priorities were given to indigenous professionals.

He said his ministry also priotised the execution of programmes and projects that could generate direct and indirect jobs.