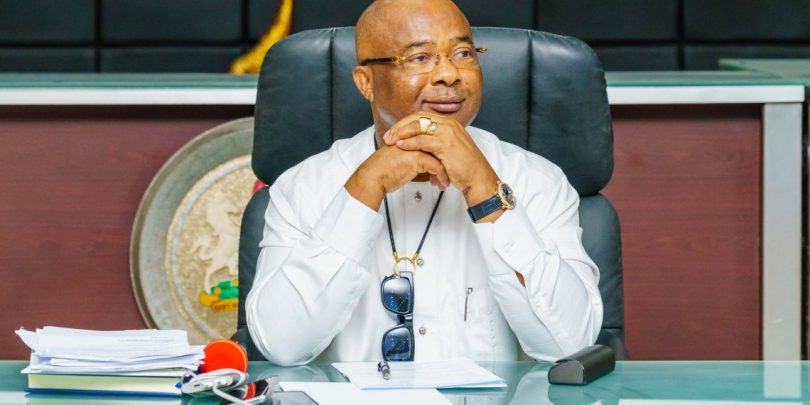 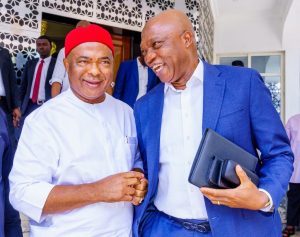 Gov. Hope Uzodinma of Imo says the continuous theft of crude oil in the country was direct sabotage to Nigeria’s economy.

He said this after a closed-door meeting with the Managing Director, Shell Petroleum Development Company (SPDC), Mr Osagie Okunbor in Abuja on Thursday.

Uzodinma who expressed concern over oil theft said that the stoppage of production by the company was due to insecurity which was not good for the economy.

He described the activities by the bunkers as a sabotage of the country’s effort at boosting the production of crude oil.

“We met with shell petroleum on the level of insecurity that made them shut down operation in Imo.

“They left because of insecurity.

We have been able to sustain relative peace and decided to invite them and discuss very well.

“We are concerned about the crude oil theft in the region and we are doing our best as a government to support the producing oil company to have a very enabling environment to do their production so that Nigeria will benefit.”

The governor further explained that oil theft was part of the reasons why the foreign exchange rate had gone up very astronomically.

“So with what we have agreed now and by the time shell resumes production, and with our support in making sure that stealing of crude oil becomes a thing of the past, it will go a long way in ensuring that the Naira gains its real value and our capacity for earning foreign exchange is also further strengthened,” Uzodinma said.

He also noted that shell would resume operations and production in the state before the end of this week.

On the high exchange rate of a Dollar to Naira, Uzodinma said:” for you to have a dollar cheap, you have to earn the dollar, and the only way we earn the dollar is by producing enough crude oil.

“The reduction in the production rate of crude oil from 2.1 million barrels a day to barely 1 million barrels is a big blow to our economy and to our capacity in terms of foreign exchange earning.

“By the time we recover back to 2.1 million barrels a day, we will earn enough that will force down the dollar and give advantage to the naira.”