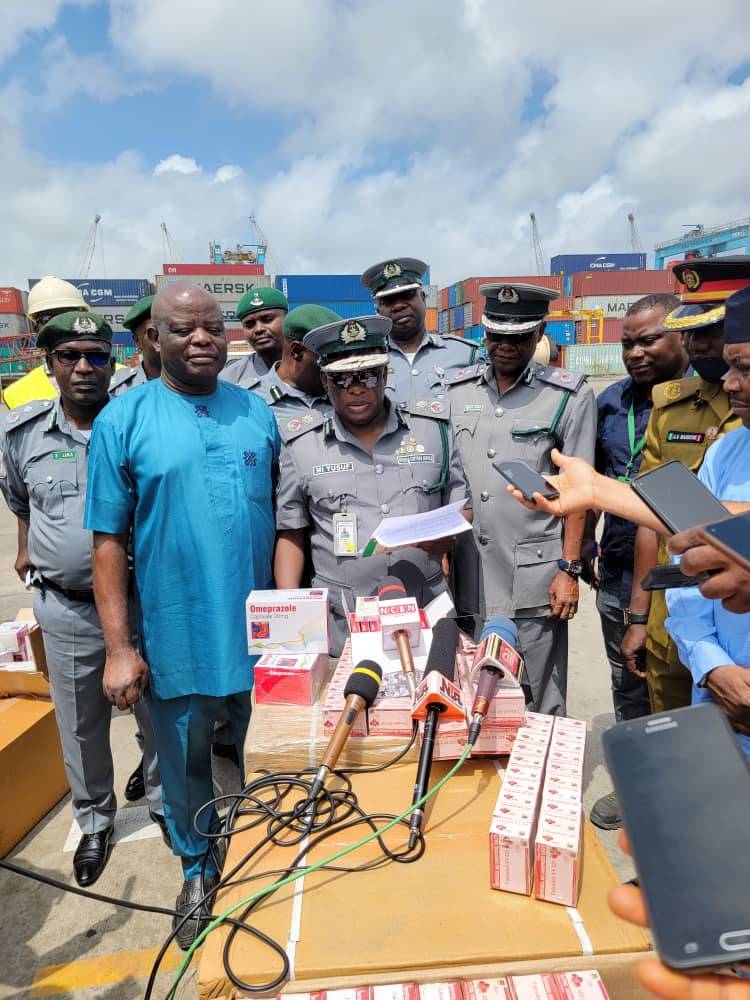 Nigeria Customs Service, Apapa Command, has disclosed that it seized 55 cartons of Tramadol found in a 20ft container at APM Terminals in Apapa Port, Lagos.

The Customs Area Controller of the Command, Comptroller Malanta Ibrahim Yusuf, made the disclosure in a statement in Lagos today, saying that the container was intercepted by the officers and men of the command on 21 July 2022.

The Controller noted that the container with number SUDU-753656 manifested as 272 cartons of stainless steel hotpot but was captured and declared as cooking appliances, measuring/checking instrument and furnace burner to evade arrest.

Comptroller Yusuf said that after joint examination by all security agencies, the container was found to have contained 55 cartons of Tramadol concealed in food flasks.

He added that each carton of Tramadol contains 50 rolls, each roll contains 10 packs, and each pack contains 10 sachets.

He maintained that the seizure was in line with the Customs and Excise Management Act.

He, however, advised importers and other stakeholders in the import chain to adhere to the import and export rules to protect the economy of the nation.