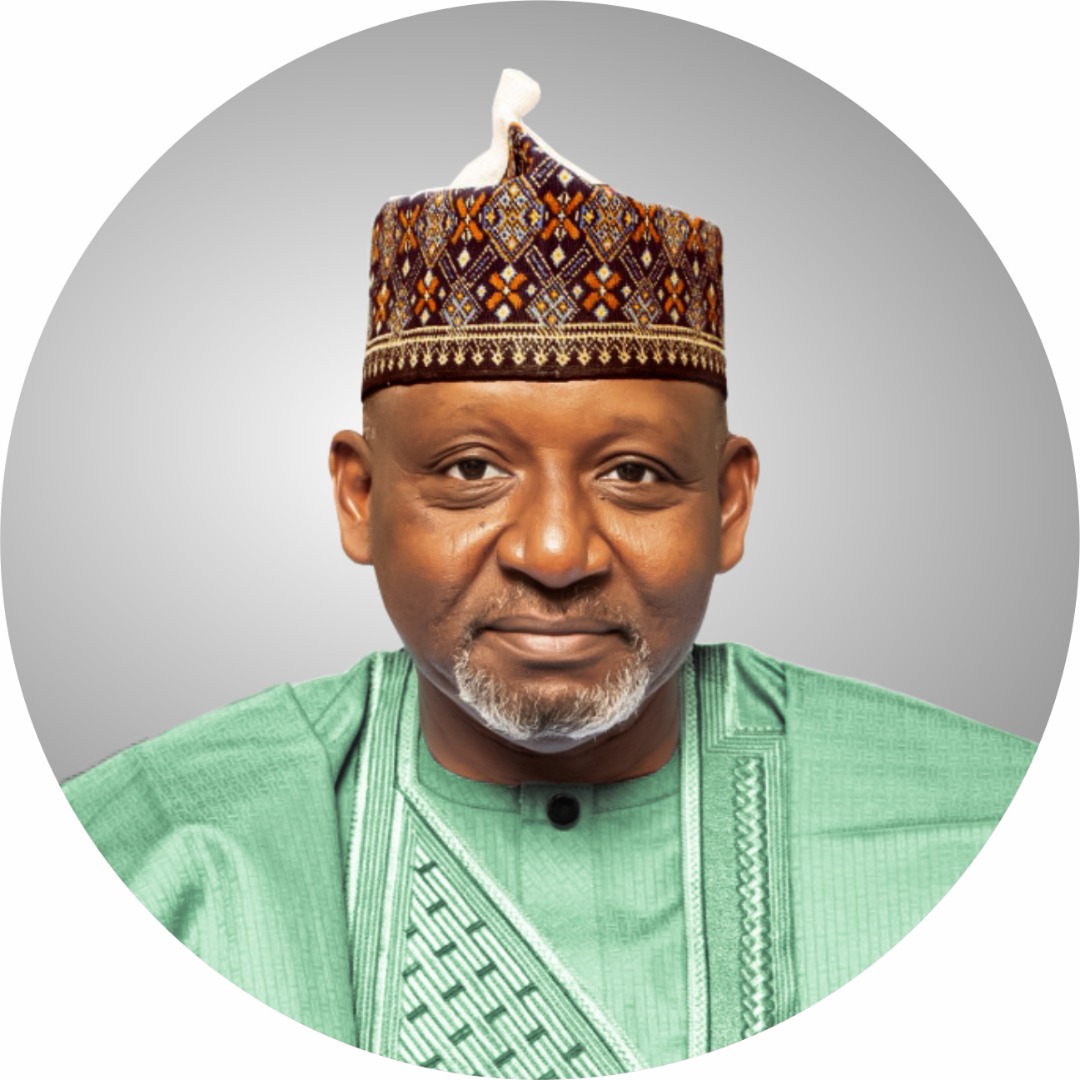 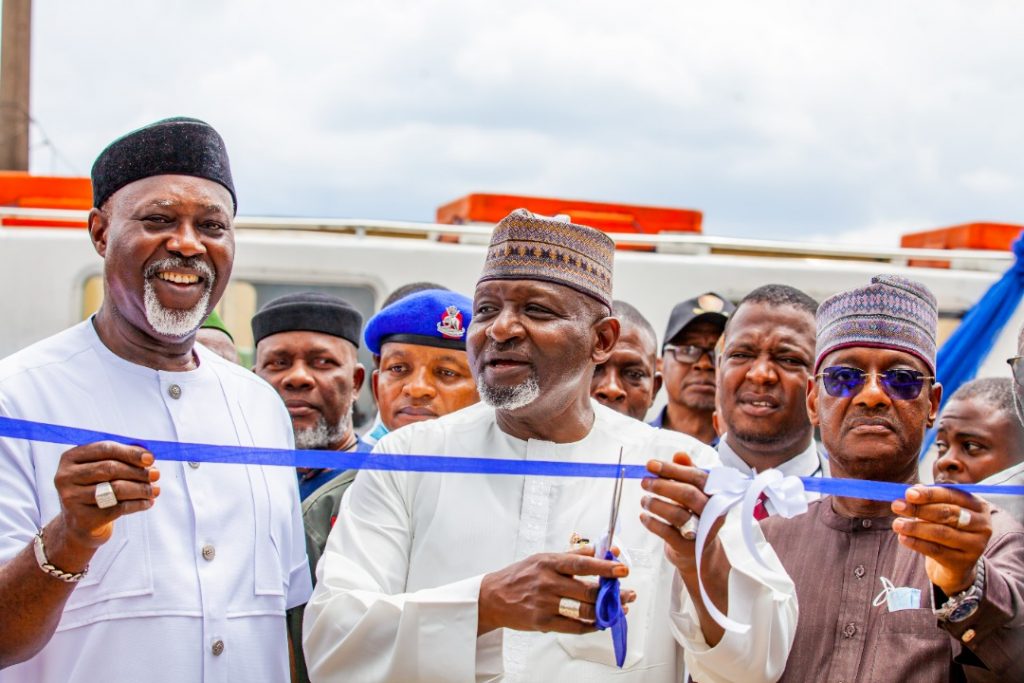 The new Minister of Transportation, Muazu Sambo on Friday, pledged to disburse the Cabotage Vessel Financing Fund soon, in a bid to enable indigenous shipping operators utilise and favourably compete with their international counterparts.

It is the first time Muazu Sambo is making such a pledge, unlike his predecessor, Rotimi Amaechi who three times gave similar assurances: in 2019, 2020 and December 2021; and still failed woefully.

Emphasizing his determination to untie Gordon’s knot, the new Minister of Transportation disclosed while visiting the National Inland Waterways Authority, Area Office in Port Harcourt, Rivers State, that he sees the CVFF as a low-hanging fruit, whose disbursement, would positively impact on the nation’s shipping industry.

The CVFF is an intervention fund created by the Federal Government for the development of indigenous shipping capacity in Nigeria to enable them to maintain existing vessels or purchase new ones.

While answering questions from newsmen at the BUA Ports and Terminal Limited, situated in the Rivers Port, the Minister expressed delight at the progress of work there saying: “we are making good progress, bringing this place to a world standard,”  but urged the operators to ensure completion by 2025.

Furthermore, the Minister assured that as part of the railway modernization policy, rail lines would be linked to the seaports for effective and efficient haulage of cargoes.

In another development, the Minister later spoke with stakeholders of the Onne and Rivers Port complexes and called for experts’ advice on making the Eastern Ports become more vibrant, and able to attract greater patronage, given their boundless potential as strategic national assets. 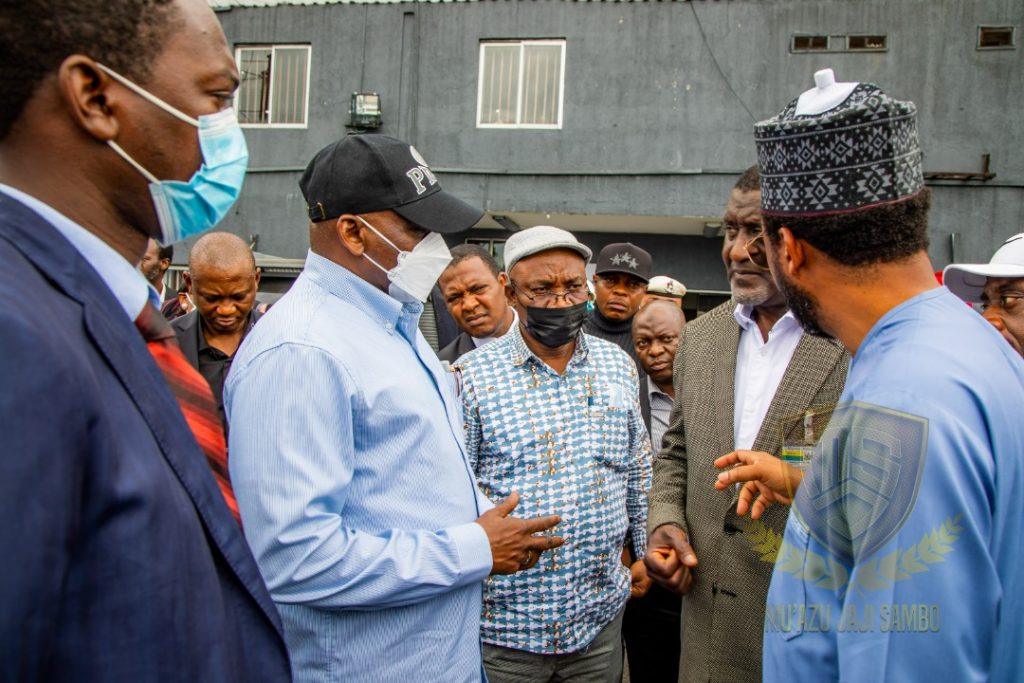 “The Ministry is keen on working with the Management of the Nigerian Ports Authority (NPA) to grow the fortunes of the Eastern Ports and I will like to state for the records that the Eastern Ports given their boundless potential are strategic national assets that this administration is poised to develop to their full potentials”, Mu’azu Sambo said, commending the partnership the NPA Management had enjoyed in the Eastern ports zone.

He also stressed the need for renewed synergy with the esteemed stakeholders, describing it as a critical success factor, for the optimization of these Ports.

“As some of you are aware my antecedents in this sector has equipped me with knowledge of some of the issues.

My tour of the two Port Complexes has thoroughly furnished me with a deeper grasp of the contemporary issues, and I want to assure you that we shall soon heave a sigh of relief as we ramp up work to grant approval to the several initiatives for Port efficiency put forward by the NPA.

“We are set to frontally tackle the challenge of channel insecurity which has slowed the growth momentum of the Eastern Ports by deploying assets of the Deep Blue project and the renewed synergy between the NPA and the Nigerian Navy. 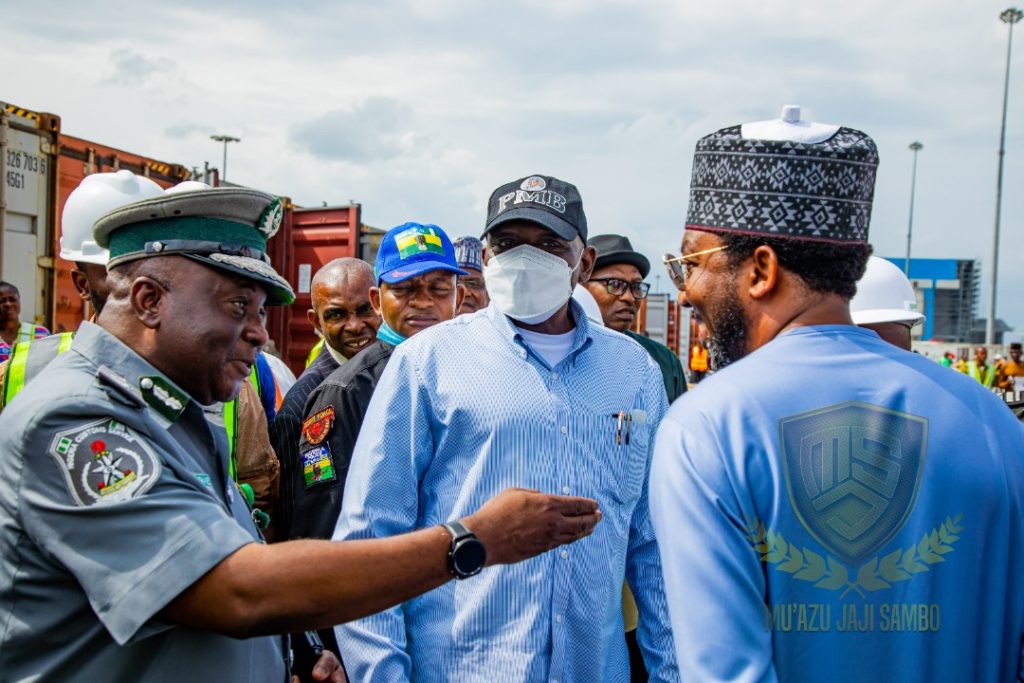 “The recent growth in vessel traffic in Onne Port especially for exports is a testament to the strategic importance of the Eastern Ports in supporting the renewed export orientation of the President Muhammadu Buhari administration.

“The recent establishment of an Export Processing Terminal at Onne Port by Messrs WACT is highly commendable.

I will like to also appreciate Brawal for the timely support provided by the NPA at crucial times”, the Minister stated, while appreciating the expansion works being undertaken by ICTSI, WACT, INTELS and PTOL.

He equally lauded the palliative works on the Port access roads by Messrs Vital.

“Most of the challenges of aging infrastructure and allied matters which you have raised in your previous stakeholder engagements with the NPA Management have been brought to my attention, and I want to assure you that we are working assiduously to provide measurable solutions as quickly as possible.

“Let me reiterate that the Federal Ministry of Transportation will expeditiously review all Concession Agreements and ensure strict compliance with the terms by both the NPA and the Concessionaires”, Mu’azu Sambo further stated, assuring them that the Federal Ministry of Transportation, under his watch would provide every support necessary, to ensure that the critical national assets are fully maximized.