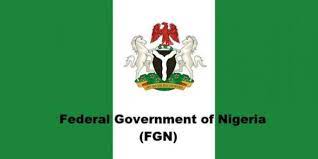 Piqued by the seeming nonchalance of the Federal Government, the Katsina State House of Assembly on Monday called on both the federal and state governments to urgently declare bandits as terrorists.

The call followed the presentation of a report by its Committee on Security over incessant attacks on people by bandits.

The Chairman of the committee, Alhaji Muhammad Abubakar (APC-Dutsinma), said the call was part of its recommendations.

Abubakar said that the declaration of bandits as terrorists would give the military, the police and other security agencies the power to deal with them accordingly.

“There is what we call, `limitation of administration’.

This means there are some actions that security agencies cannot take against bandits because they have not been declared as terrorists.

“Therefore, there is the need for the declaration of the bandits as terrorists so that all necessary measures can be taken by security agencies to fight them.

“During our investigation, we realised that the Security Containment Order signed by Gov. Aminu Masari, recorded a lot of successes in inhibiting the bandits.

“We have realised that attacks, kidnapping and killing of people by bandits have reduced by about 35 per cent.

This shows that the security agencies are also trying their best,’’ Abubakar said.

According to him, the committee recommends that government reviews the order to eliminate its attendant negative effect on residents of affected areas, but without curtailing its successes.

The house adopted the report after deliberations by the lawmakers.

It would be recalled that on Nov. 10, Alhaji Jabir Yusuf (APC-Batsari) presented a motion of urgent public importance over an attack in Batsari town.

Following deliberations on the issue, the assembly ordered its Committee on Security to meet with security agencies over the issue and revert for further actions.

Monday’s plenary was presided over by the Deputy Speaker, Alhaji Shehu Dalhatu-Tafoki.