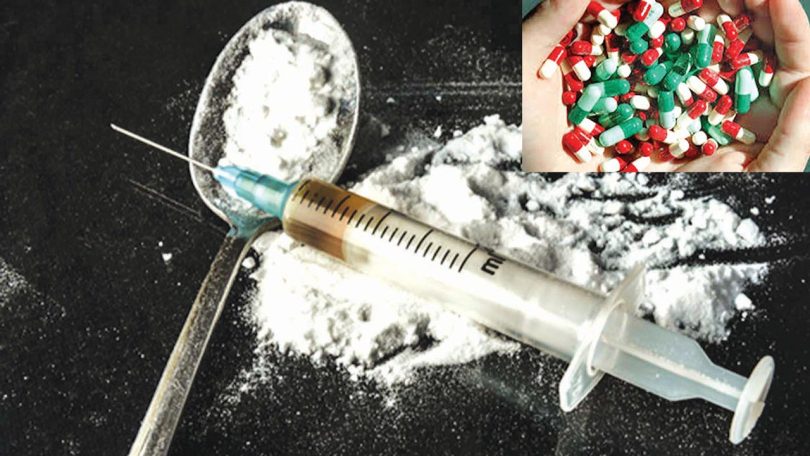 The Producer of the film, Mr Ifeanyi Ukaeru, told the newsmen that the movie would be part of activities to commemorate the 2022 International Day Against Drug Abuse and Illicit Drug Trafficking.

Ukaeru said the movie was premiered in Abuja on June 26, 2021, and had in attendance Vice-President Yemi Osinbajo.

“Considering the spike in organized crime in the society and its toll on human lives, youths and society need to be in the know of societal variables responsible for such infractions through movies such as this to check it.

“It highlights challenges faced by operatives at combating social undoings to make the society a habitable place to live,” he said.

The movie featured the duplicitous life of a young man named Anselm,  disguised as a foreign-based professional, who visited Nigeria on short vacations and lured young ladies with gifts.

He used alluring words and other false promises as baits for his illicit drug trafficking business but ended up in prison.

The movie brings to the limelight the role of the National Drug Law Enforcement Agency (NDLEA) in the fight against drug trafficking, particularly at a time when the agency was exposing the menace with a significant number of arrests recently.

Ukaeru reminded parents, schools, churches and the society of their roles in good child upbringing for a better society.

Newsmen report that illicit drug trafficking and intake is ravaging the world, with its attendant heinous crimes and crisis that the human society contends with.

Ukaeru said that Mr Femi Babafemi, Director, Media and Advocacy, NDLEA would be the keynote speaker.

The movie, produced by Ekwe Nchea Entertainment in partnership with the NDLEA, is a corporate impute at the fight against illicit drugs with its negative bearing on society.

The film starred Nollywood celebrities in their captivating moods.

In the meantime, the National Drug Law Enforcement Agency (NDLEA) in Borno has decried “high abuse of pentazocine injection among youths in the state.”

The Commandant of the agency in Borno, Mr Joseph Icha, said this in an interview with the newsmen in Maiduguri on Friday.

It acts on the Central Nervous System (CNS) to relieve moderate to severe pain and may be used before surgery or with a general anesthetic (medicine that puts you to sleep during surgery).

Pentazocine is available only with a doctor’s prescription because when a narcotic medicine is used for a long time, it may become habit-forming, causing mental or physical dependence.

Icha, therefore, said pentazocine injection is recommended for medical purposes but youths tend to abuse it
by injecting themselves.

The NDLEA commandant said that the use of the injection had become rampant among youths, causing
great concern.

He added that “users of pentazocine injection are sometimes unable to buy syringe used for the injection. Most of them
will be sharing syringes and when they continue to do so, they are opening up the possibility of spreading other
diseases such as HIV/AIDS.”

He explained that the agency had arrested 113 persons for various drug offences in the first quarter of 2022,
noting that the abuse of substances by youths in the state had contributed to the crime rate and other anti-social acts.

He said that the agency was collaborating with the Nigerian Military, Police and other security agencies to combat drug abuse and trafficking.

“When we go for raids in some of the hot spots, we invite the Nigerian Army and the Military police.

The raids are always successful when we go with them and it has really helped in the drug abuse war in the state.”

He called on stakeholders to assist the agency in the fight against drug abuse and illicit drug trafficking in the state and country at large. 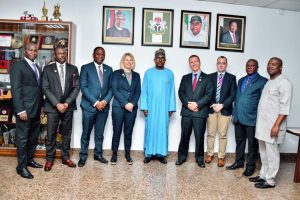 In another development, the United Kingdom has said it would provide One Million Pounds (£1million) worth of support to enhance the operations of the National Drug Law Enforcement Agency, (NDLEA) in 2022 and additional provisions over a period of three years.

The Director, Home Office International Operations, Nick Fowler, said this when he led a team on a courtesy visit to NDLEA Chairman, retired, Brig.-Gen. Buba Marwa, at the headquarters on Friday in Abuja.

In a statement by the Director, Media and Advocacy, NDLEA, Mr Femi Babafemi, Fowler commended Marwa for the huge success NDLEA had become under his leadership.

Fowler said that the agency had been able to play a significant role by intercepting loads of illicit drugs going to the UK.

He assured me that his office was now well-positioned to share intelligence with NDLEA.

He also said that the British government was willing to enhance NDLEA’s operations with the provision of strategic equipment, logistics and training.

This, he said, was as part of a £1million plan, to be implemented in 2022 with additional support over the next three years.

Earlier, Marwa expressed appreciation to the visiting UK team and the British government for the past support to NDLEA.

He said with the expansion of the operations, command structure and staff strength of the agency, he would need more support and collaboration from the UK government.

He stated that the President Muhammadu Buhari-led Federal Government had been very supportive of the work of the agency in critical areas.

Marwa, therefore, asked for strengthened intelligence sharing collaboration, provision of essential operational logistics and training among others from the UK government.

The newsmen report that the UK team was made up of Julie Hart free, Africa Regional Director, and Kris Hawksfield, West Africa Regional Manager, both of the Home Office International Operations.