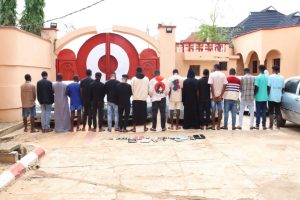 This is contained in a statement issued by Mr Wilson Uwujaren, EFCC Spokesman, on Tuesday in Ilorin.

Uwujaren said that the arrest was part of efforts to curb the rising internet-related fraud otherwise known as ‘Yahoo-Yahoo’.

He said that the EFCC zonal command had extended its dragnet to Kogi, leading to the arrest of 18 suspected ‘Yahoo-Yahoo Boys’ in Lokoja, the state capital.

“This is the second of such operation in the state within the last two months.

”Recall that operatives of the Ilorin zonal command, which covers Kwara, Ekiti and Kogi States, had in June arrested 19 suspected fraudsters at different locations in Lokoja.

“The latest arrest, which was made on Wednesday, August 3, followed actionable intelligence and hours of surveillance by the anti-graft operatives to smoke out the suspected fraudsters off their hideouts,” he said.

The spokesperson said that preliminary investigations had shown that the suspects operated as syndicates to scam unsuspecting victims.

According to him, the suspects have incriminating items in their possession including five different brands of exotic cars, phones and laptops.

He however said that the suspects had volunteered useful statements to the commission and would be charged to court upon conclusion of the ongoing investigations.

Abdullahi disclosed this while receiving the returnees in Kano on Tuesday.

The returnees arrived at Mallam Aminu Kano International Airport at about 3:00 p.m. on Tuesday on an Ethiopian Airline Aircraft, with flight number ET343.

Abdullahi noted that the returnees were returned to Nigeria by the International Organisation for Migration (IOM) initiative on migrant protection and re-integration and European Union, under the Assisted Voluntary Returnees Programme. 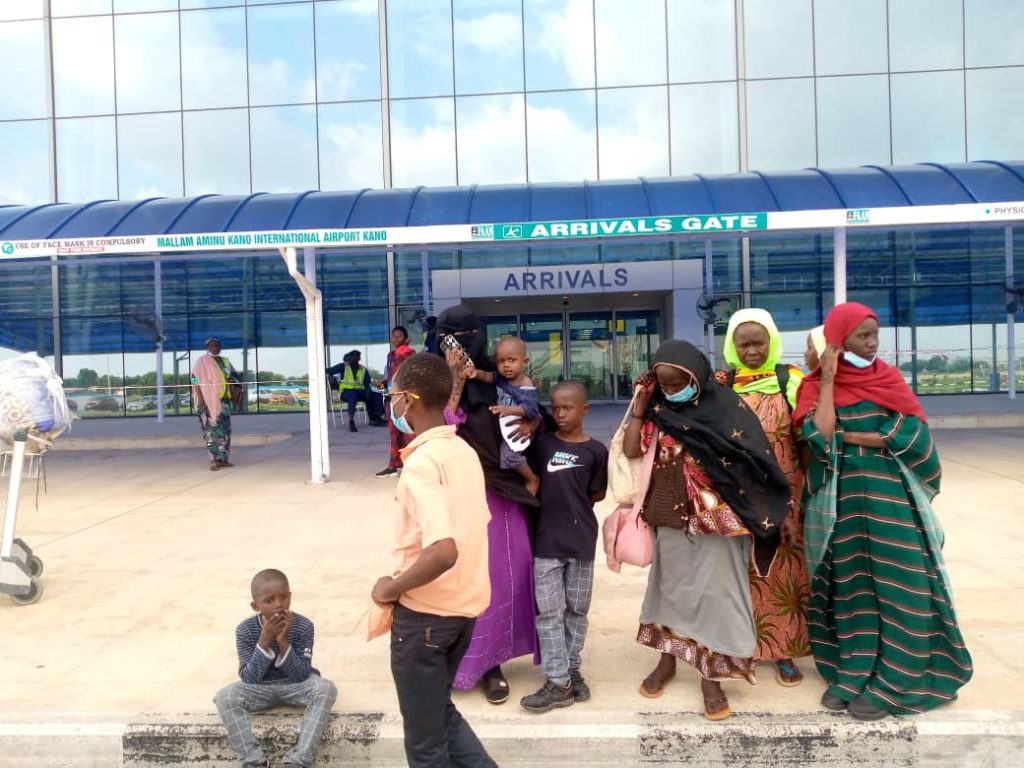 “The returnees were brought back through a voluntary programme for the distressed, who had left the country to seek for greener pastures in various European countries and could not afford to return when their journey became frustrated.

According to him, the returnees will be trained for four days to be self-reliant and will be given grants to enable them to meet expenses of initial settling down.

The newsmen report that the returnees were given food, toiletries, blankets, mosquito nets, pampers and clothes each.

Abdullahi advised Nigerians to avoid endangering their lives by travelling to seek for greener pastures in other countries, adding that no country was better than Nigeria.

He further explained that the agency, between May and July, had received 367 stranded Nigerians from Agadez (Niger Republic) and trained them on various skills acquisition.

A returnee, Amina Ibrahim, 60, from Kano State, and a mother of four, said she travelled to Sudan to search for greener pastures.

” I was a business woman before I left Nigeria with people’s N8 million debt with me.

“I went to Sudan to seek for greener pasture, thinking that I will be able to get enough money to pay them back and continue with my business.

“In Sudan you have to beg before you can get money to eat. I really suffered,” Ibrahim said.

Newsmen report that the returnees were received by NEMA, with other sister security agencies including Nigerian Red Cross, SEMA, National Commission for Refugees, Migrants and IDPs and DSS.