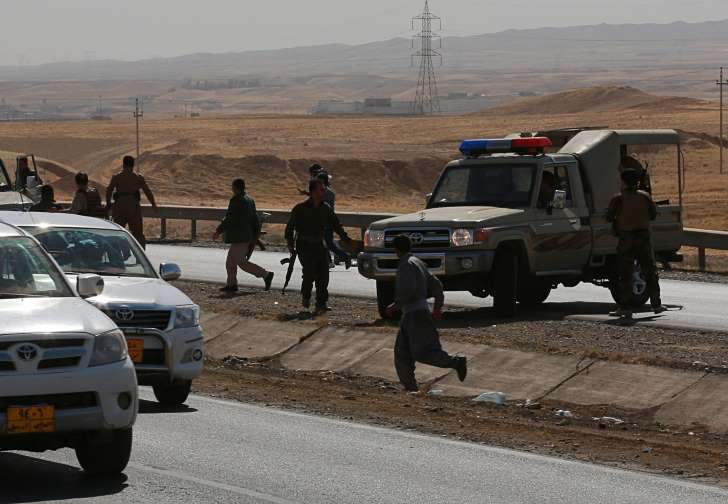 Iraq’s prime minister, Haider al-Abadi, said Kurdish fighters had lured the Iraqi military into an ambush in one clash. Videos said to show wounded and captured government soldiers were posted on social media by Kurdish fighters.

“I was surprised they were so proud of killing members of the federal forces by deception and treachery,” Mr. Abadi said at a news conference in Baghdad Tuesday night.

“This is Saddam’s method,” he added, referring to the former Iraqi dictator Saddam Hussein. Mr. Abadi did not provide casualty figures or other details of the clashes.

Two Iraqi commanders said Kurdish fighters, known as pesh merga, invited Iraqi soldiers to jointly operate a checkpoint before one clash, then suddenly opened fire when the soldiers approached. The commanders spoke on the condition of anonymity because they were not authorized to give interviews.

Pesh merga commanders said Iraqi troops had attacked their positions. One commander, Hogar Samad, said his fighters captured 20 Shiite Muslim militiamen fighting alongside the Iraqi Army, but later freed them and their vehicles.

“This unjustified attack against federal forces will not pass without punishment,” said Ahmed al-Assadi, spokesman for the popular mobilizations forces, which are dominated by Shiite militias. “There will be a response, and the coming days will reveal it.”

Baghdad has moved to punish and isolate the autonomous Kurdish region since the Kurdish authorities held an independence vote on Sept 25.

The latest violence again pitted two American allies against each other. The United States, which armed and trained both sides, has said it is neutral in the conflict, but it has not interfered with Iraqi operations against the Kurds. Further complicating the standoff, a pesh merga faction opposes the Kurdish regional government led by Massoud Barzani, and has surrendered territory, including the capital of the oil-rich Kirkuk Province, to the Iraqi forces.

The fighting on Tuesday seemed to slow — at least for a day — Baghdad’s effort to impose authority over remaining contested areas and border crossings with Turkey, Iran and Syria.

Kurdish commanders, whose forces are outnumbered and outgunned, said late Tuesday that Iraqi reinforcements were arriving at the scene of one clash, in the town of Makhmour, about 70 miles southeast of Mosul, and that they anticipated a government assault at any time.

Jabar Yawar, secretary general of the pesh merga, said in a telephone interview that Iraqi troops moved without warning toward Kurdish positions in Makhmour on Tuesday morning. The move “led to confusion and then to a clash,” Mr. Yawar said.

Mr. Yawar said there were government casualties, but he had no details.

Hemin Hawrami, a senior aide to Mr. Barzani, wrote in a Twitter post that pesh merga fighters destroyed two government Humvees. Mr. Hawrami wrote in a separate post that the Kurds had destroyed two armored personnel carriers and a Humvee while repulsing a government attack outside Rabia, near a border crossing with Syria.

Those accounts could not be confirmed. The Iraqi military command, which provided regular updates of the operation in and around Kirkuk last week, did not respond to several requests for comment Tuesday.

In a statement Tuesday, the pesh merga command accused Baghdad of “bad intentions” and promised to resist any further attacks. “The pesh merga will defend the land of Kurdistan and the life of the people with all their strength,” the statement said.

Vahal Ali, communications director for Mr. Barzani, called on the United States to intervene to halt military operations by the Iraqi military and Shiite militias.

“They’re letting them use American weapons against their allies — or at least we thought we were their allies,” Mr. Ali said of the United States.

In a peaceful takeover on Tuesday, the Iraqi federal police assumed control of one of three border crossings into Iran. The Kurds withdrew two days ago as part of a negotiated deal, and the police raised the Iraqi flag and lowered the Kurdish one, according to Gen. Saad Maan, an Interior Ministry spokesman.

The border post, Al Munthurea, had been operated by the pesh merga since 2014. The remaining two Iranian crossings have been held by Kurdish forces since 1991, when an American no-fly zone was established to protect the Kurds from attacks by Saddam Hussein’s forces and gave them the opportunity to carve out an autonomous region.

The contested areas where clashes broke out Tuesday are controlled by pesh merga loyal to Mr. Barzani, making a negotiated settlement less likely.

The border crossings, particularly one on the Turkish border and controlled by the pesh merga since 1991, are vital to the Kurdish region’s economic survival.

An important oil pipeline to Turkey passes near the border post. The loss of Kirkuk Province deprived the Barzani government of nearly 70 percent of its oil revenues, analysts said. Hamza al-Jawahiri, an oil industry expert in Baghdad, said Tuesday that almost all of the remaining 30 percent flowed through the pipeline to export markets in the Mediterranean port of Ceyhan in Turkey.

The Turkey crossing, in the town of Faysh Khabur, also provides the Kurdish region with revenue from customs duties and taxes, income Mr. Abadi says belongs to the Iraqi government.

A contested military takeover of the Faysh Khabur crossing would require Iraqi troops to enter the Kurdish autonomous region, whose status is detailed in Iraq’s Constitution. Baghdad has not objected to Kurdish control of the region — only to Kurdish expansion in the contested areas and Kurdish sales of oil produced there. 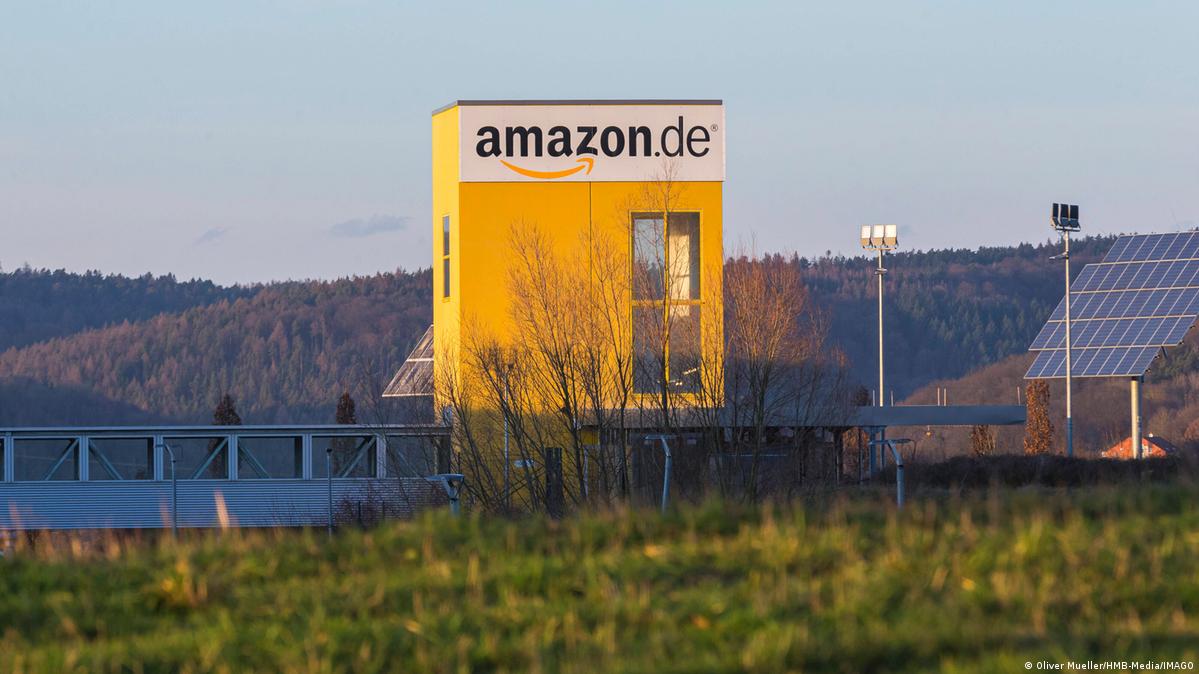 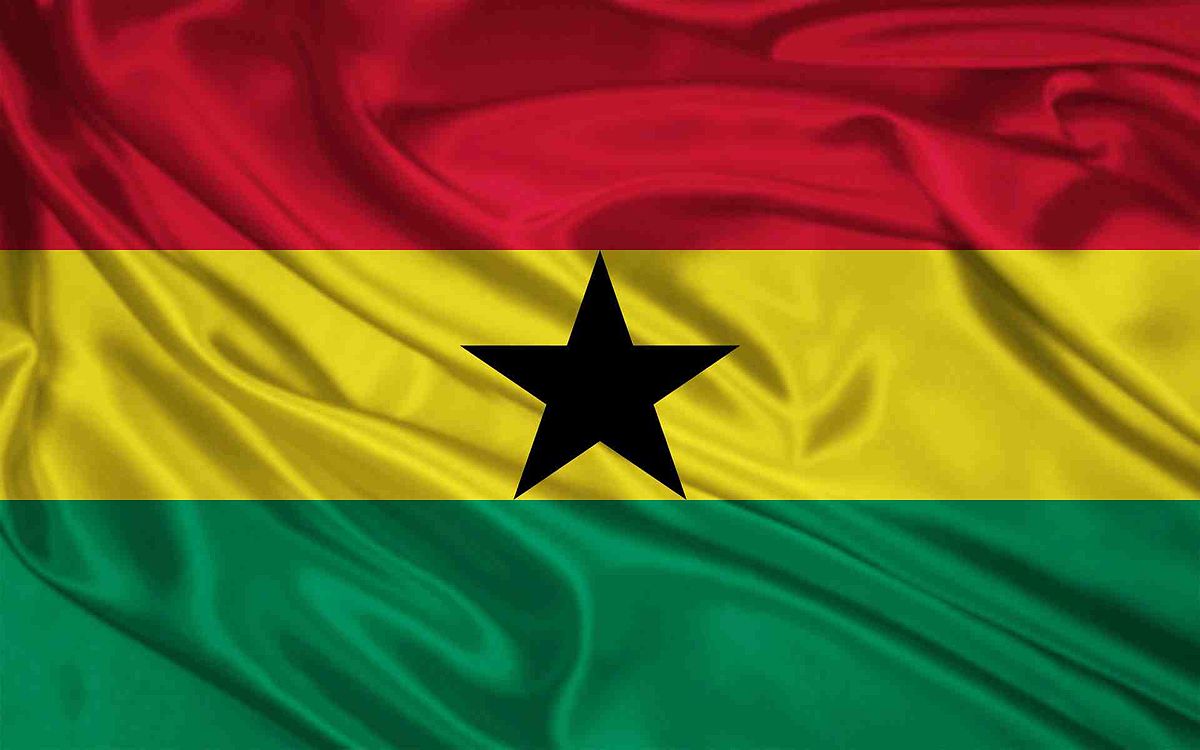 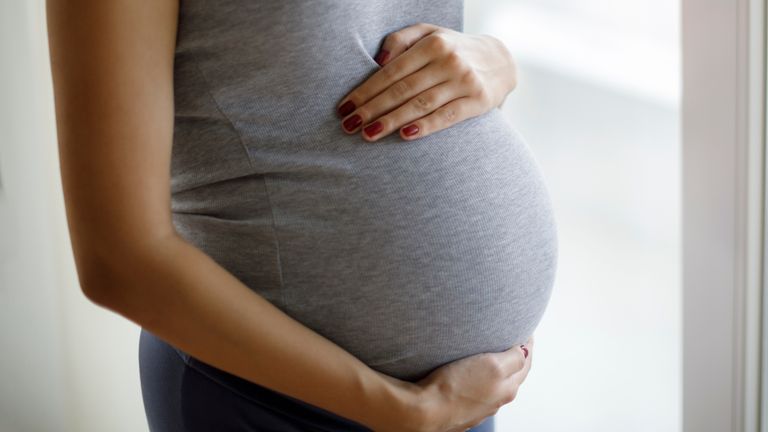