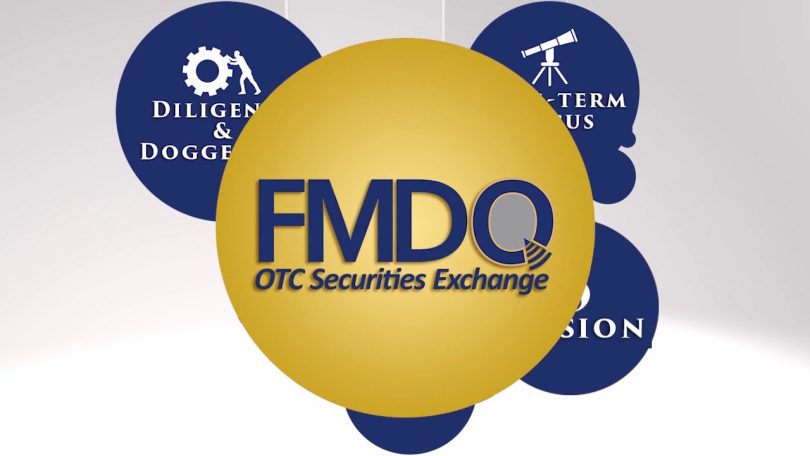 FMDQ Securities Exchange Ltd. has announced the listing of the Federal Government of Nigeria’s four billion dollars Eurobonds under its global medium-term note programme on its platform.

This is contained in a statement by FMDQ Exchange made available to newsmen on Monday in Lagos.

It said that the listing of the foreign currency-denominated debt securities was another commendable feat for the Federal Government of Nigeria through the Debt Management Office (DMO).

The statement said the transaction demonstrated the government’s unrelenting commitment to supporting the development of the nation’s debt capital markets (DCM) toward sustainable economic development.

“The admission of these Eurobonds, co-sponsored by Chapel Hill Denham Advisory Ltd. and FSDH Merchant Bank Ltd., is reflective of the potential of the Nigerian DCM and the commendable level of confidence demonstrated by both issuer and investors,” it said.

Speaking on the successful issuance of the Eurobonds, the Director-General, DMO, Ms Patience Oniha, was quoted by the statement as saying that “this issuance was one of the largest financial trades in Africa in 2021 and also aligns the objectives of Nigeria’s Debt Management Strategy (2020-2023).

“Investors’ keen interest in the issuance as shown by the Order Book of over 12 billion dollars demonstrated confidence in Nigeria’s economy, with bids being received from international investors across Europe, America and Asia as well as robust participation from domestic investors.

”DMO achieved this successful outing through the team of international arrangers, Nigerian bookrunner, the financial adviser and the legal advisers.

“The proceeds of the Eurobonds were applied to part-finance the deficit in the 2021 Appropriation Act.

The Eurobonds have been listed on the London Stock Exchange and FMDQ Exchange,” Oniha said.

Also speaking, the co-sponsor of the Eurobonds and a Registration Member (Listings) of the Exchange, Chapel Hill Denham Advisory Ltd., through its Chief Executive Officer, Mr Bolaji Balogun, said: “Chapel Hill Denham is honoured to have acted as Nigerian bookrunner and Joint Lead Manager on the FGN’s four billion dollars Triple-Tranche Issuance.

“The FGN and DMO appointed a Nigerian Bookrunner for the first time on a Sovereign Issuance and the firm delivered the largest ever domestic demand on a Eurobond Issuance, enabling the FGN price tightly, notwithstanding tricky market conditions”.

Also, the co-sponsor of the Eurobonds and a Registration Member (Listings) of the Exchange, FSDH Merchant Bank Ltd., through its Managing Director, Mrs Bukola Smith, said: “FSDH Merchant Bank Limited is pleased to have acted as Financial Adviser to the FGN on the issuance.

“The Eurobonds were oversubscribed by 300 per cent and saw significant demand from a diverse cohort of large ticket investors and was indicative of confidence in Nigeria and our economy; despite the challenges caused by the COVID-19 pandemic.

“We would like to thank the FGN, the DMO and the investor community for their support in ensuring the successful capital raise,” Smith said.