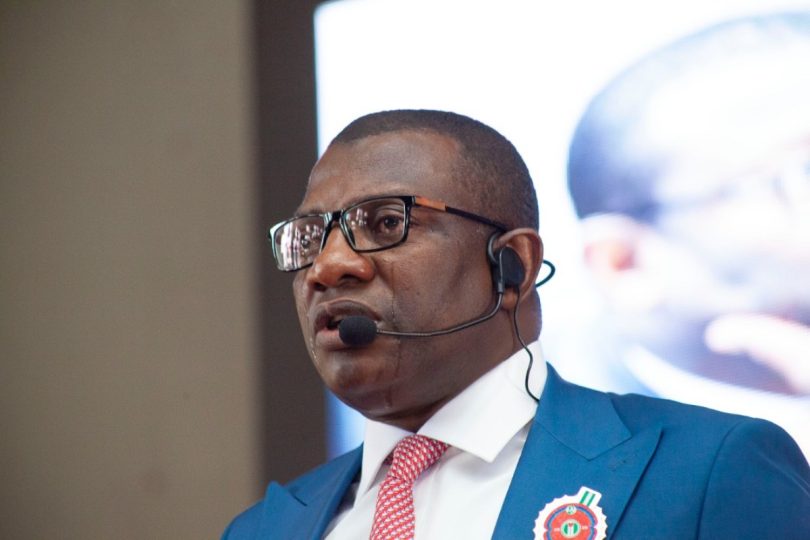 The Federal Government on Tuesday reiterated its commitment to achieving self-sufficiency and net exporter of energy resources by 2026.

The newsmen report that he spoke during a panel session on “Sustainable Energy Transition Strategy: The Role of Legislative Frameworks and Investment Programmes.”

Wunti said though the government had pledged to achieve net zero carbon emission by 2060, its priority remains reducing energy poverty in the country with its abundant hydrocarbon resources.

To this end, he said the government’s target was to attain zero dependence on imported energy, both primary and secondary, as well as to become a net exporter of secondary energy resources by 2026.

Wunti said the plan was to provide access to energy to 100 per cent of the population through the gas to power initiative which would spur industrialization and economic growth.

He, however, maintained that this could only be achieved through effective legislative frameworks and investment programmes needed to maximise the opportunities in the oil and gas sector.

Wunti said there was need to create a platform where market investment and financing come together with regard to the delivery of energy in a more sustainable manner.

He noted that unfortunately, the industry had witnessed decline in investments in recent years which had plunged the world into the global energy crisis.

According to him, available statistics from the Organisation of the Petroleum Exporting Countries (OPEC) show that the world requires $11.8 trillion to meet its energy needs.

Wunti said the current global energy crisis was due to energy imbalance with supply falling short of demand which had driven the price of energy resources upward.

Avuru said the move was largely responsible for Nigeria being unable to meet its OPEC quota, adding that there was need to grow indigenous companies to fill the void created by the divestment of the IOCs.

He said the way forward was for the companies to get access to funding from within the continent for oil and gas exploration.

Avuru also called for the deployment of technologies, production of more natural gas and encouragement of tree planting to achieve decarbonization while maximizing the continent’s abundant oil and gas resources.

Earlier in his remarks, Prof. Olalekan Olafuyi, Chairman, of SPE Nigeria Council, decried the lack of access to energy by many Africans.

Olafuyi said building a sustainable energy sector was fundamental for the African continent to power sustainable industrialization and trade.

“Ramping up sustainable energy generation capacity by 2030 according to the African Development Bank’s (AfDB) New Deal on Energy for Africa requires a minimum of $44 billion of annual financing.

“Maintaining and extending the pace of progress will thus require strong political commitment and sound governance, long-term energy planning, adequate political and fiscal incentives as well as public and private financing,” he said.

In the meantime, Mr. Mustapha Ahmed, Director-General, of the National Emergency Management Agency (NEMA), says it has identified 233 local government areas, in 32 states and FCT that have been predicted to experience flooding in 2022.

He said this at a National Consultative Workshop on 2022 Flood Preparedness, Mitigation and Response, organized by the agency, on Tuesday in Abuja.

He said that the workshop was one of the steps outlined by the agency to bring stakeholders together.

He said it was to collectively prepare and provide strategies to strengthen flood risk mitigation and effective response.

”Efforts must be made to mitigate and respond effectively to flooding. 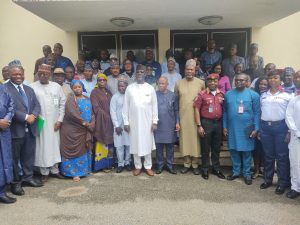 A Cross Section of Participants at the National Consultative Workshop, organized by NEMA, on Tuesday in Abuja

“We have sent advisory letters and maps showing predicted flood risk areas in various states to the respective state governments.

“We have also produced risk maps for vulnerable local government areas as forecasted by NIHSA’s Annual Flood Outlook,” he said.

He said this would ensure effective and efficient flood preparedness, mitigation and response.

On her part, Minister of Humanitarian Affairs, Disaster Management and Social Development, Hajia Sadiya Farouq, called on relevant stakeholders to take proactive measures in addressing floods and its associated impacts.

Farouq, who was represented by Deputy Director, Disaster Management, at the ministry, Dr. Abubakar Suleiman, added that adequate information must be sent out to the public for effective preparation.

“De-silting river channels and canals and removal of all refuse, weeds, water hyacinths and floats from water channel, drainage and on all avenues for river runoffs so as to allow free flow of flood waters,” she said.