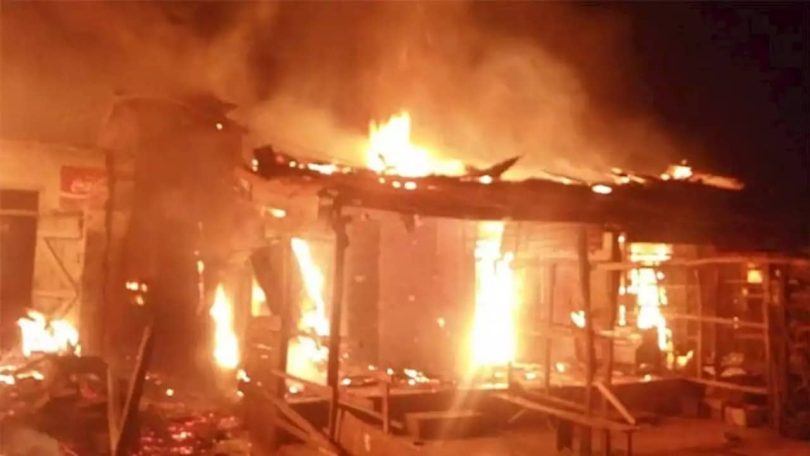 Tragedy struck on Thursday at the Gandun Albasa-Bala Burodo line community, a Kano municipality, when a 35-year-old mother, Maryam Nura, and her three-year-old son, died from a fire that razed a building they were dwelling in.

The Kano State Fire Service confirmed the incident in a statement by its Public Relations Officer, Alhaji Saminu Abdullahi, on Friday in Kano.

Abdullahi explained that the incident happened on Thursday night.

“We received a distress call at about 2:07 a.m. from one Ibrahim Ashiru and immediately sent our rescue team to the scene at about 2:11 a.m,” he said.

He said, “the building, a five-room bungalow of about 75ft by 75ft in dimension, was completely razed down by the inferno.”

Abdullahi said that the victims were rescued unconscious and handed over to Insp Shehu Lawan of Kwali Police Station, who rushed them to the Murtala Muhammad Specialist Hospital, where the doctors on duty confirmed them dead.