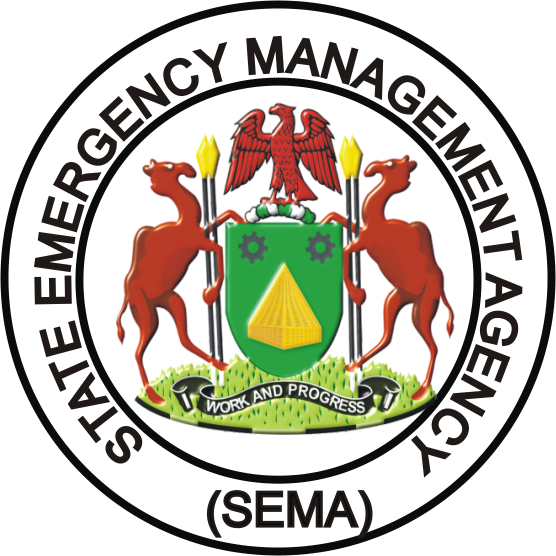 The Benue State Emergency Management Agency (SEMA) says no fewer than 23 persons have died as a result of flooding in the state since the beginning of the rainy season.

The Executive Secretary, Dr Emmanuel Shior, announced this while kick-starting the distribution of relief materials to flood victims on Tuesday in Makurdi.

He said that 116,084 persons had also been displaced as a result of the flooding in some parts of the state.

Shior said that the 116,084 displaced persons cut across 12,856 households in 11 local government areas.

“74 persons are having different degrees of injuries.

14 out of the  23 deaths arose from boat mishap in Guma Local Government Area,” he said.

The executive secretary further stated that the flooding had so far affected 14,040 hectares of farmlands while 4,411 houses had been submerged.

“Schools and markets, companies, houses and farmlands located in 104 communities are affected,” he said.

”The victims are in need of immediate support.

That is the reason for this exercise.

”We began with Makurdi and Agatu because they are the worst hit with 34 and 28 affected communities respectively.

”The victims in Agatu who are currently taking refuge along the Federal Highway will soon be relocated to Obagaji,” he said.

Digah said that the machine had the capacity to treat 2,000 litres of water within an hour.

”In the past two days, we have treated and distributed 140,000 litres of water to the victims,” he said.

Mr Nafuta Mahmood, NEMA’s Head of Water Purification in Jigawa, confirmed this to the newsmen on Monday.

Mahmood said the gesture was aimed at providing portable drinking water and preventing outbreaks of waterborne diseases in the affected areas.

“The Director General of NEMA, Alhaji Mustapha Habib, directed for the deployment of a water purifying machine to three states in Nigeria-Jigawa, Benue and Kogi states respectively.

“What necessitated the deployment was as a result of the current floods in various states, resulting to saturation of the soil and overflow of septic tanks and pit latrines resulting to the pollution of the sources of portable drinking water.

“Team Jigawa headed by my humble self arrived in Dutse on Friday and entered Hadejia on Saturday and purification in Hadejia started on Sunday.

“The water purifying machine has a capacity of purifying 2,000 liters of water with 99.99% purity in an hour.

“And the main purpose of the operation is to provide portable drinking water and bring the outbreak of water-borne disease to its bearers minimum,” Mahmood said.

According to him, the agency’s Search and Rescue officers trained on the use of the plant were currently conducting the exercise in various communities ravaged by floods in the benefiting states.