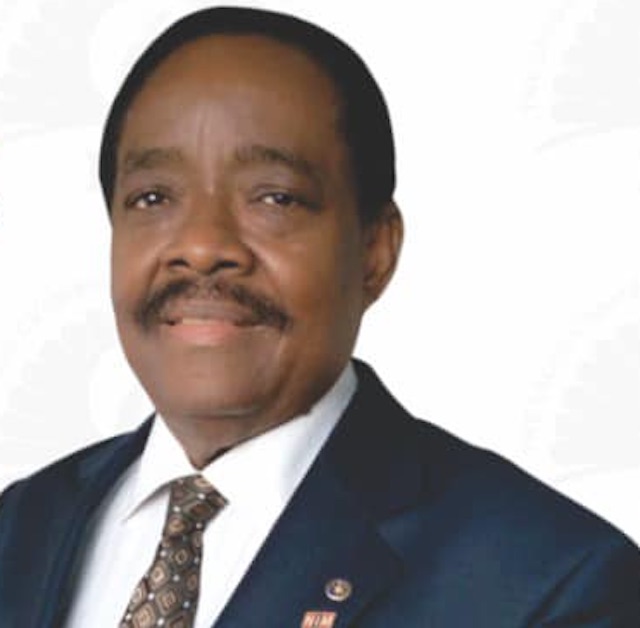 The Lagos Chamber of Commerce and Industry (LCCI), has called for the removal of fuel subsidies to address the persistent fuel scarcity in the country.

LCCI’s President, Dr Michael Olawale-Cole, who said this at LCCI’s Quarterly news conference on the State of the Economy in Lagos on Tuesday, also stressed the need to boost local refining.

According to him, the removal of fuel subsidies will reduce the effects of the crises on production and prices in the country.

Olawale-Cole said that the hike in prices of petroleum products globally as well as rising energy costs would most likely weigh on Nigeria’s manufacturing outputs in the third quarter of the year.

According to him, the price levels will continue to aggravate production costs, which may lead to restrained manufacturing and eventual job losses.

He said that while the Central Bank of Nigeria (CBN) embarked on monetary tightening to tame inflation, it should ensure that targeted concessionary credit to the private sector was sustained for Micro, Small and Medium Enterprises (MSMEs).

Olawale-Cole said that the chamber’s position on the rising inflation rate was that government must invest more in boosting supply and cushioning the cost of production.

According to him, the worsening security situation in many parts of the country will continue to threaten agricultural production, manufacturing value chains, and logistics.

Olawale-Cole said that globally, the combined forces of rising inflation, weakening growth, and worsening disruption to supply chains from the Russia-Ukraine war, had heightened the concerns about stagflation.

He said that the fragile recovery from COVID-19 in some economies worsened poverty and recession had also raised concerns about stagflation.

Olawale-Cole said that global growth, projected to crash from 5.7 per cent in 2021 to 2.9 per cent in 2022, would likely remain low up to 2024, depending on the length of disruptions and the effectiveness of policy interventions.

“We expect to experience some fiscal constraints because of debt overhang accompanied by a high debt service burden and heavy subsidy costs.

“There are, therefore, heightened fears of contracting output, constrained production, and recession risks as we navigate the murky waters of 2022.

“Fuel subsidies should be removed and oil theft curtailed if not eliminated, to provide fiscal space for subsidized production of goods and services as well as for infrastructure, health, and education financing,’’  he said.

The LCCI president recommended that agriculture output should be sustainably boosted, and continued dependence on imports discouraged to ensure food security.

“There is the need to address structural bottlenecks and regulatory constraints that contribute to the high cost of doing business.

“A supportive and conducive investment environment is critical in facilitating private sector involvement in the economic recovery and growth process.

“The government should initiate moves toward having cost-reflective tariffs in the power sector, as this will attract the needed investment to boost power supply and possibly end the frequent crashes of the national grid.

“We should also begin to initiate special-purpose interventions in boosting the deployment of renewable energy,’’ he said.

He said that Nigeria needed to diversify its exports by boosting local refining capacity, production of petrochemical products, and accelerating reforms in the oil and gas sector to attract more foreign investments in the coming months.

Olawale-Cole said that the war between Russia and Ukraine, which had unexpectedly lingered, engendered deeper fears about worsening food scarcity, with more people falling into poverty, and that supply chain disruptions may continue for the rest of the year.

According to him, the most sustainable solution is for the government to boost local production of hitherto imported staples to levels that meet local demand.

He also charged the Federal Government to take seriously the completion of projects like the Trans-Saharan Gas Pipeline, a planned natural gas pipeline from Nigeria to Algeria.

This he said if tackled could make the country to explore the opportunity of exporting gas to Europe in the long term.

“We should also target Trans-Saharan and European markets with the ongoing construction of the Ajaokuta, Kaduna, and Kano Gas Pipeline, popularly known as the AKK Gas Pipeline.

“Arising from the calamities of this war, Nigeria can explore emerging opportunities to earn huge foreign exchange inflow in the medium to long-term,’’ he said.

On the Academic Staff Union of Universities’ (ASUU) ongoing strike, Olawale-Cole charged the government and the union to resolve the issues surrounding the education sector amicably.

According to him, this will put an end to the negative impact of the strike on the business community.

“The LCCI Lagos and the business community are concerned, as this negative development can worsen our security challenges, increase drug abuse among our youth, and raise our social vices.

“We cannot look to half-baked graduates to build a prosperous economy.

“Nigeria must begin to pay more attention to improving its latest Human Development Index (HDI) which stood at 161 out of 189 countries,’’ he said.

In another development, no fewer than 49 young men and women have been recruited by the Nigeria Security and Civil Defence Corps (NSCDC) to aid its fight against oil thieves and illegal bunkers in Rivers.

The NSCDC Zonal Commandant, Zone L, Mr James Bassey, disclosed this on Tuesday, at the formal Passing Out Parade of Batch 2019 intake trained at NSCDC Command Headquarters in Port Harcourt.

He said the trainees underwent rigorous physical and mental training for three months, to prepare them for internal security operations in Rivers and environs.

“The trainees have been adequately groomed in basic regimentation, teamwork and self-discipline for three months.

“Rivers state is very sensitive to NSCDC operations especially as there are several illegal activities going on that are inimical to the economy of the country.

“Consequently, the new intakes that are now part of the nation’s security system will play important roles in delivering our core mandate of defending the civilian populace,” he said.

Bassey said the Federal Government was passionate about ending illegal bunkering and refining of petroleum products by oil thieves in the country.

He told the newly recruited officers that henceforth their allegiance was to President Muhammadu Buhari and the people of Nigeria.

“So, the whole country depends on you (recruits) to protect the nation’s critical assets and infrastructure – which you cannot let them down.

“Civilians come first because, without them, we will not have this (NSCDC) job.

“Therefore, the era of harassing, molesting and show of force on civilians are over,” he warned the new NSCDC personnel.

According to him, the NSCDC Commandant General, Dr Ahmed Audi, has made training and re-training of officers and men very essential to achieving the corps constitutional mandate.

“This has automatically enhanced the personnel’s capacity and effectiveness in carrying out their functions.

“So, after enduring three months of regimentation and discipline inculcated by drill instructors, the intakes would be deployed to various offices for internship training,” he added.

The commandant said the newly recruited personnel would also be posted to different NSCDC training colleges across the country to build capacity.