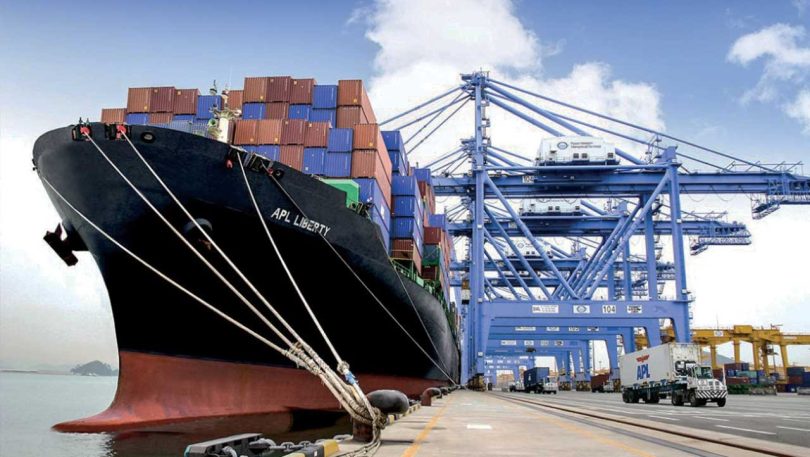 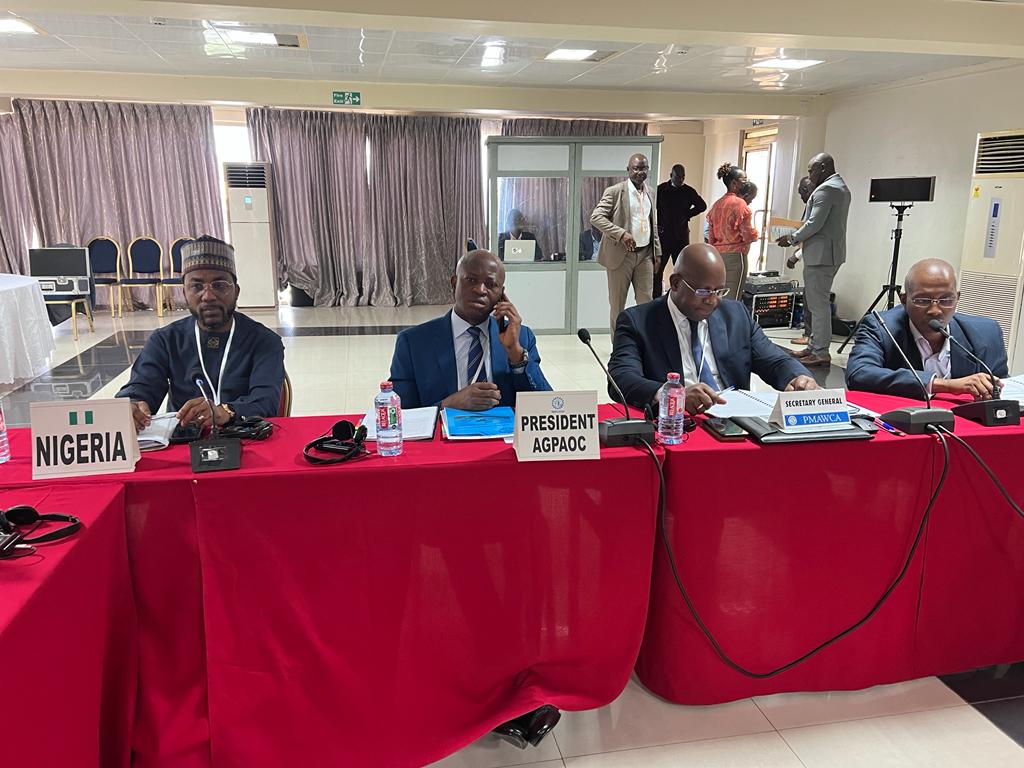 … Minister says Port Rail Track Will be ready in 2 Weeks*** 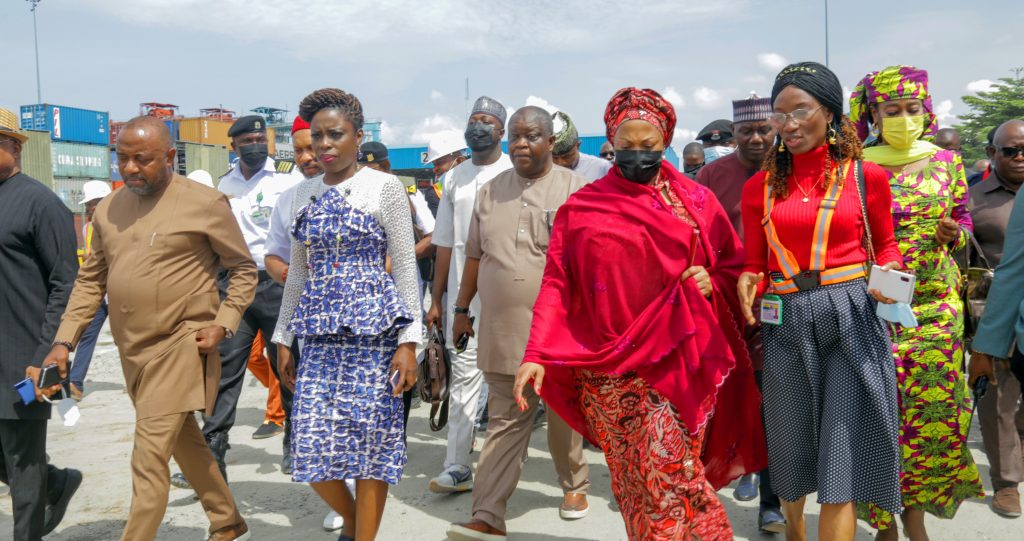 The Maritime First learned that while her predecessor, former Minister of Transportation, Rotimi Amaechi worked hard, Senator Ruqayyah Saraki is focused at working smart; by ensuring that she does not give ultimatum dates that freely fail like a yo-yo. 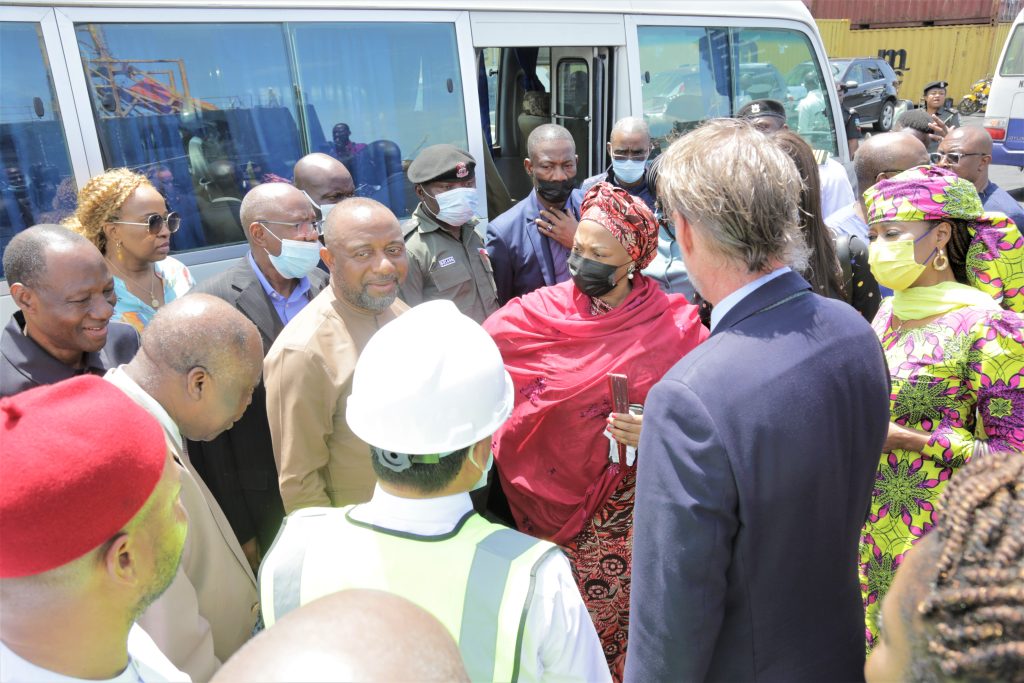 “She has been more concerned with identifying what distractions must be taken care of, to ensure a timely, functional (standard gauge) rail delivery”, an industry source, insisting on anonymity, told the Maritime First correspondent. 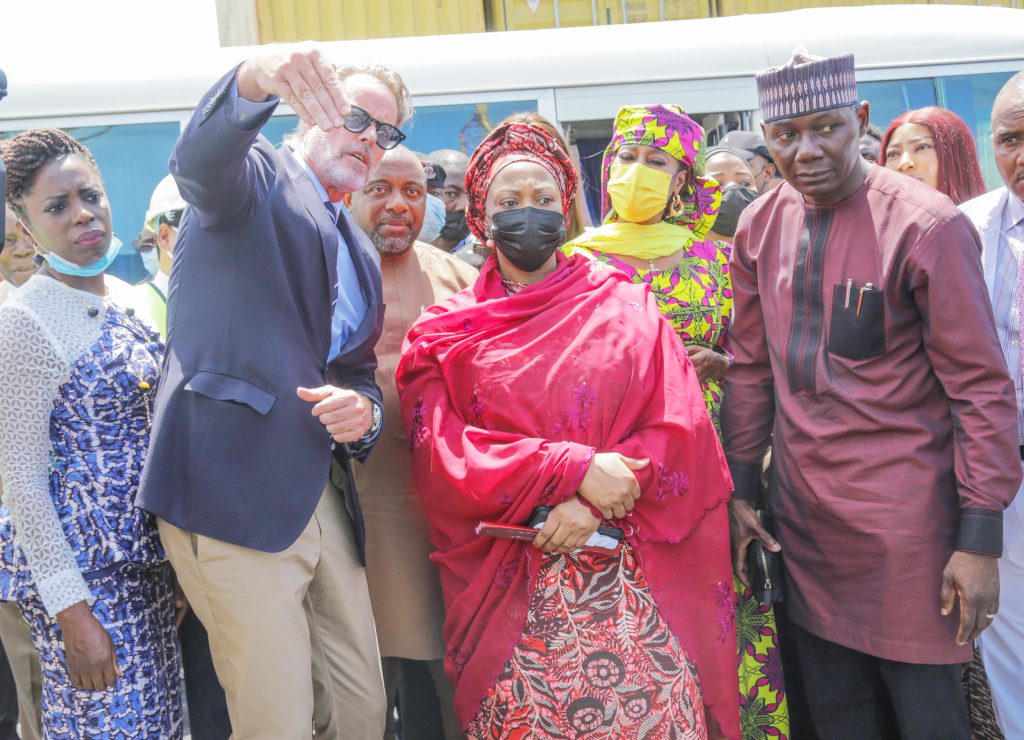 Honourable Minister of State for Transportation, Senator Ruqayyah Saraki, flanked by Acting MD NPA, Hon. Onari Brown and other Stakeholders during the facility tour of Tin Can Island Ports Complex in Lagos.

The tour consequently, explored the complementary roles of the old rail line, and the possible timely elimination of manmade bottlenecks and other costly distractions. 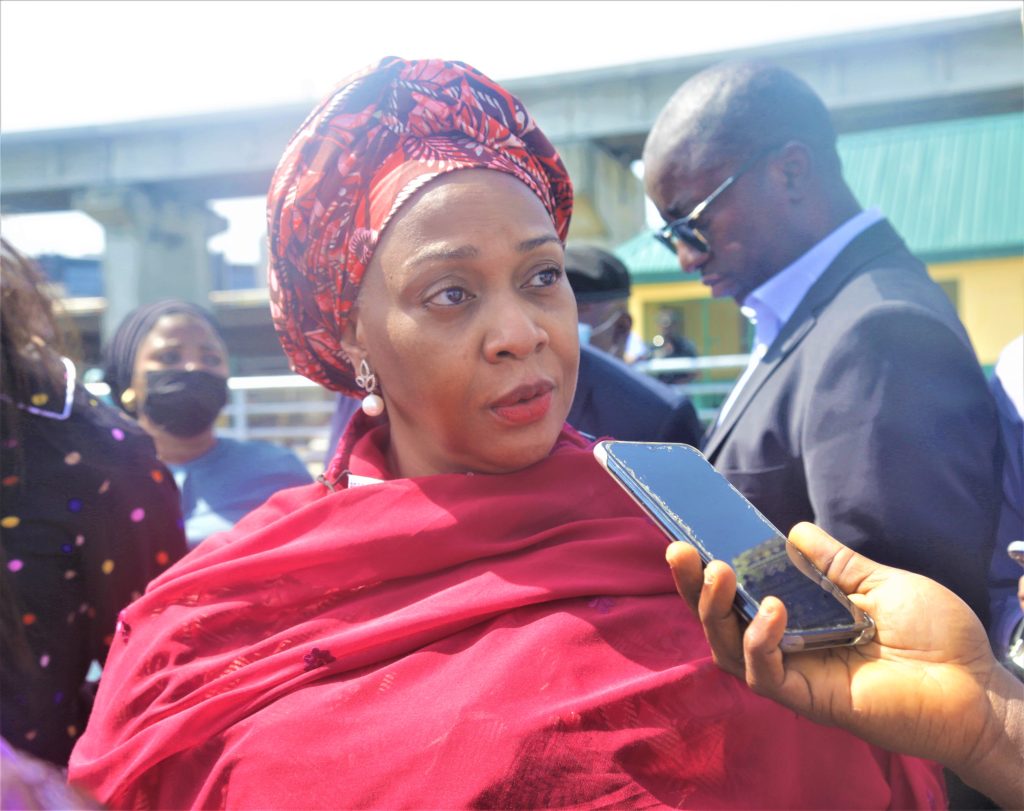 Honourable Minister of State for Transportation, Senator Ruqayyah Saraki responded to media enquiries at the end of the tour of LPC and TCIP in Lagos.

The team also visited the Tin Can Island Port TCIP, for the same purpose of smoother cargo evacuation.

In the meantime, the Minister of State for Transportation, Sen. Gbemisola Saraki, on Monday, assured Nigerians that the rail track that led into the Apapa Port terminals would be completed in two weeks.

Saraki gave the assurance after she had completed her tour, flanked by some officials of the Federal Ministry of Transportation to Apapa Port Terminals through the Mobolaji Bank Anthony Rail Station in Lagos.

She also said the Project Manager, China Civil Engineering Construction Company (CCECC), Mr Xia Lijun, had assured her that the laid track would be completed in the next two weeks.

“As you can see, the building belonging to the Nigeria Customs Service (NCS) Scanner Centre needs to be pulled down but there has been issues surrounding it. 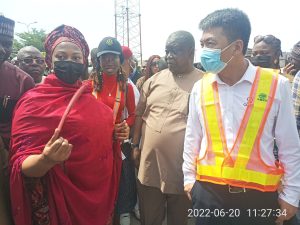 “I have been able to see the situation and upon my return to Abuja, the ministry will meet with the Management of NCS and the Nigerian Ports Authority (NPA).

“Before the end of next week, solution to improve the construction at the Apapa rail track will be provided and the rail will be operational in two weeks,” Saraki said.

Saraki, noting the need for the demolition of the Customs scanner centre, stressed the importance of ensuring that the demolition was done safely without destroying the customs equipment.

She added that after the demolition of the centre, the ministry would come back for inspection, to ensure that the scanners were relocated to a safer place.