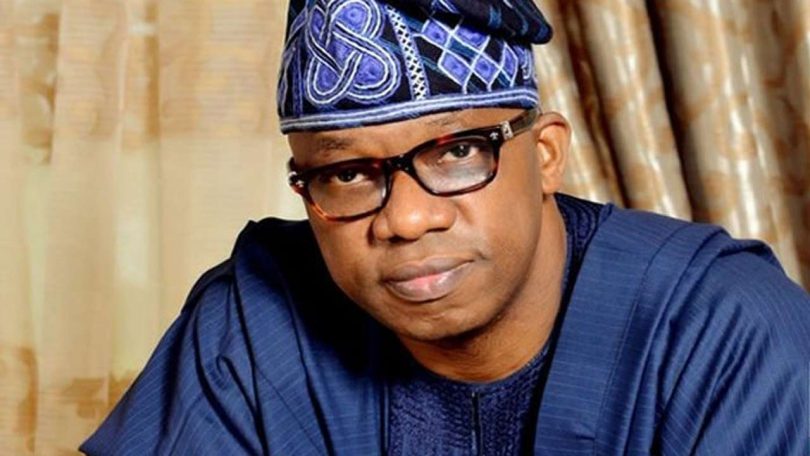 Governor Dapo Abiodun of Ogun State has restated commitment to quality governance and the creation of a friendly environment for Public-Private partnerships to thrive.

Abiodun spoke when he received an award of excellence by the Institute of Chartered Secretaries and Administrators of Nigeria (ICSAN) for his commitment to building infrastructure to further drive the state’s economy.

The governor was presented the award at the 46th Annual Conference and Dinner/Awards of the Institute of Chartered Secretaries and Administrators of Nigeria (ICSAN) on Friday in Lagos.

The theme of the event is: “The National Debt Burden: Causes, Effects and Realistic Economic Solutions.”

Represented by the Deputy Governor, Ogun State, Mrs Noimot Salako-Oyedele, he said that many of his administration’s goals had been achieved with others such as airport and other infrastructure due for completion by the end of the year.

The governor stressed that his government is committed to resolving issues to position the state strategically as a preferred investment destination by providing the infrastructure needed to engender growth and shore up the state’s Gross Domestic Product (GDP) contribution.

In his speech on the award, Mr. Gbenga Owokalade, President, of ICSAN, said some of the reforms that set the governor apart included the establishment of the State Enterprise Development Agency (SEDA) to strengthen Small and Medium Enterprises and boost their capacity.

According to him, the governor unleashed his ingenuity to bring back the lost glory of education in the state.

Owokolade added that social welfare and youth development beyond physical projects, among others are some of the governor’s initiatives aimed at empowering the people and making life better for them.

He commended the governor for making Ogun State to be marching forward with vigour.

Prince Yemi Adefule, Foundation Partner, Odujinrin and Adefulu Solicitors, stated that the solutions to the country’s debt burden were not economic but attitudinal.

Adefule advised that Nigerians should begin to eat, drive, wear, and use everything locally produced, to stop being held down by the economic dictates of the west.

He stated that a country like India that has heeded his advice has become the fifth largest economy in the world and self-sufficient.

“We don’t like Nigerian things; phones, cars, and fittings in our homes. Anything Nigerian is always looked down on and that is a major problem.

“For the economy to run and be strong, the dynamics must change.

“Any economy that is tied to the apron string of some other country is a slave economy.

“That is the reason for the debt burden,” he said.

Twenty-one persons were inducted as fellows of the institute, while Mrs Oyindamola Ehiwere was awarded the Distinguished Chartered Secretary and Administrator award of the year.