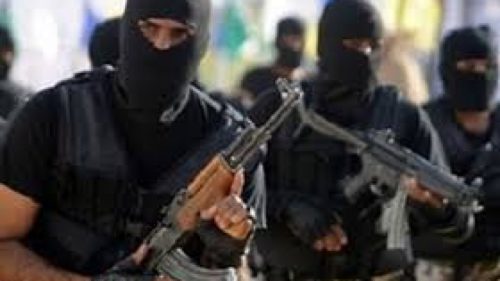 … As Police arrest 4 in drug smuggling in W. Afghanistan***

Russian officials on Monday reported that a gunman killed nine people, including five children at a school in Russia before committing suicide.

The motive for the shooting in Izhevsk, capital of the Udmurtia region about 970 km (600 miles) east of Moscow, was unclear.

The Udmurtia branch of the interior ministry said the body of the gunman was discovered by police at the scene.

In May 2021, a teenage gunman killed seven children and two adults in the city of Kazan.

In April 2022, an armed man killed two children and a teacher at a kindergarten in the central Ulyanovsk region before committing suicide.

In another development, Afghan police have thwarted attempts to traffic more than 100 kg illicit drugs including heroin in western Afghanistan’s Herat and neighboring Nimroz provinces.

According to police, this makes it the 40 arrests in the past couple of days, officials said on Monday.

In the crackdown on illicit drugs, counter-narcotics police had arrested three persons in Guzara district of Herat province.

They also seized more than 80 kg contraband goods including 20 kg heroin from their possessions.

The police would spare no efforts to curb poppy cultivation and drug smuggling in Herat province, the official emphasised.

However, the police arrested a man who held 25 kg morphine in the neighboring, Nimroz province, a border security official, Abdul Salam Hajji Omar has confirmed.

Afghanistan’s Taliban-run caretaker government has vowed to check poppy cultivation, processing to drugs and trafficking until war-torn Afghanistan gets rid of the drug menace.

7 burnt to death as commercial bus catches fire in Lagos