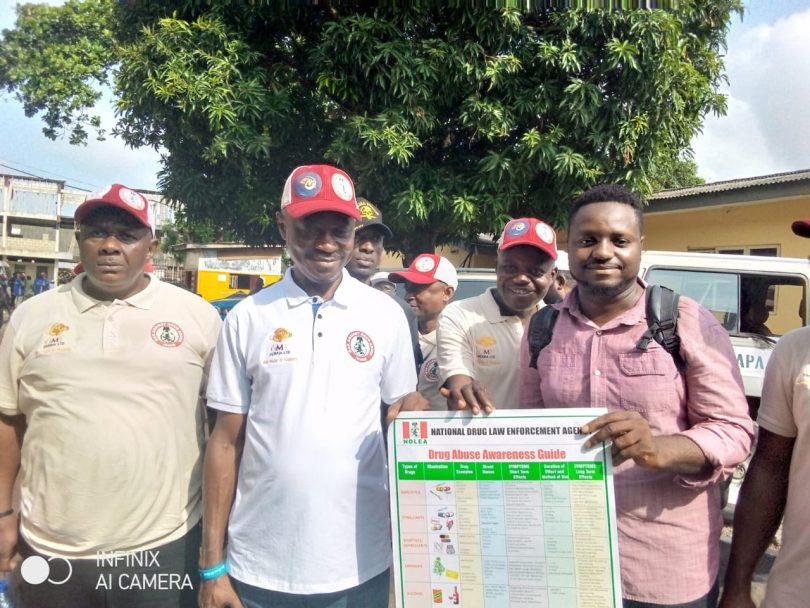 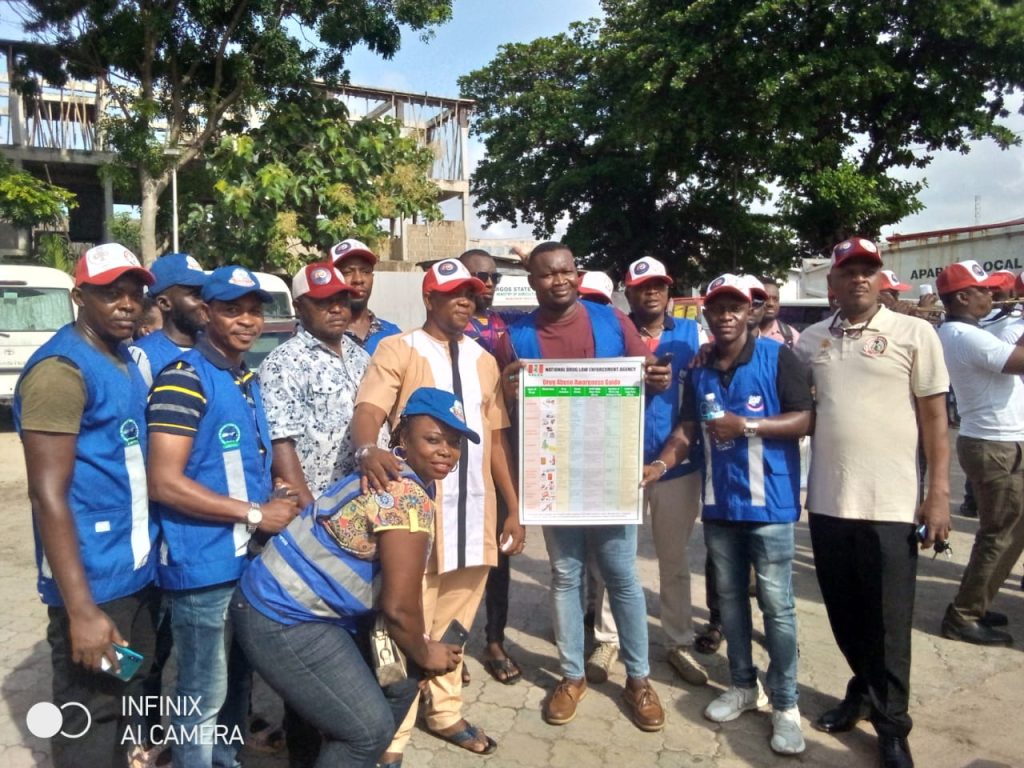 The Special Area Command has slated a week awareness programme to commemorate the 2022 International Day Against Drug Abuse (IDADA) and Illicit Drug Trafficking with the theme: ”Addressing Drug Challenges in Health and Humanitarian Crises”.

According to the Area Commander, Ameh Inalegwu, the Command actually came for collaboration to tackle drug abuse and trafficking.

“We are here at the Secretariat of Apapa Local Government.

Guest of her Excellency the Chairperson and I do not think I have anything to say than to say thank you for welcoming us.

“I bring you the assurances that the Chairman, the Executive that we are ready to partner and co-operate with you

“Once more I want to thank you for all your efforts, especially packaging this day and many activities that you have for us within the week.

He said he was of the great efforts that the Chairman and the Council executives had undertaken to mobilize people in the Community, particularly the parents within Apapa to jointly receive and listen to the visitors; and noted the actual roles they could play to ensuring the drugs challenge is drastically reduced, even if not totally evicted.

“The drug issue in the country has become something that is very worrisome, especially to we parents, both mothers and fathers”, Senbajo stated, highlighting that no sane parents want their wards entangled in drugs. 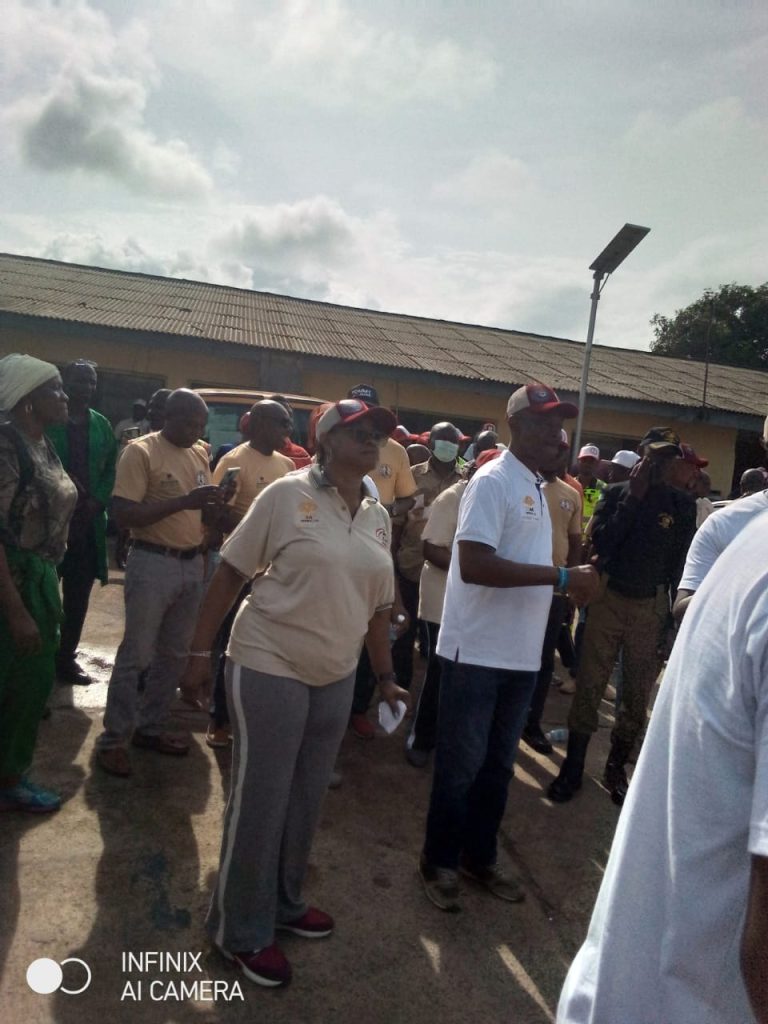 “Nobody wants their children having a drug habit.

We found out that a lot of children today even in primary schools are involved in drugs.

We found out that a lot of hawkers on the road are selling drugs freely to these children.

We have them in all forms in sweet, in drinks, in so many other ways. 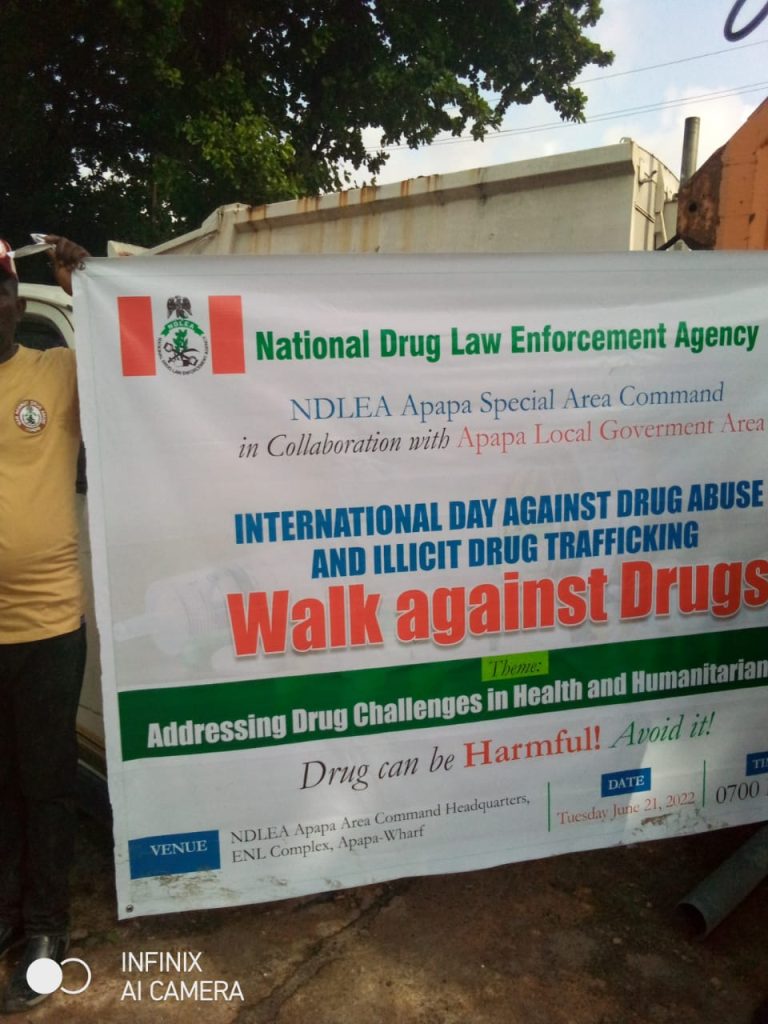 “We thank NDLEA in Apapa for the efforts that you have done or you have contributed.

I know some weeks back, it was a big fight arresting some drug lawbreakers in Apapa Local Government.

And we thank God it is no longer as bad because we are able to nip it in the bud on time”, Senbajo further indicated, praying that God would make the one-week sensitization programme, to be immensely fruitful.