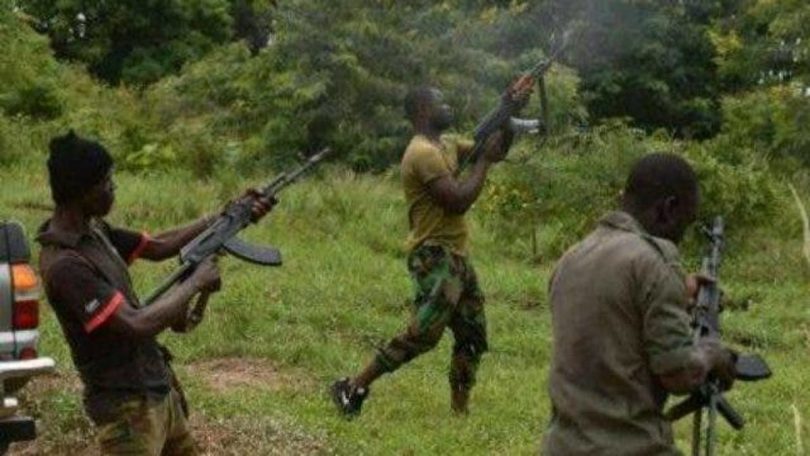 This is contained in a statement signed by the Spokesman of Kwara Command of the corps, Mr Babawale Afolabi, and made available to newsmen in Ilorin on Thursday.

Afolabi said that the gunmen abducted two minors of the same family and injured the head of the family and one other person with a machete.

He said that the abducted girls were later released after the abductors had canal knowledge of them.

“In the early hours of November 3, some yet to be identified gunmen invaded Alhaji Hassan Yunusa’s settlement, at Nuku village in Kaiama.

“Investigation revealed that the assailants were actually looking for money, as they ransacked the whole place and could not find anything.

“They attacked Alhaji Yunusa and Woru Yunusa with multiple machete wounds and went away with two girls, but later released them few hours later.

“It was discovered that the abductors had canal knowledge of the innocent girls,” he said.

The spokesman said that the two victims were receiving medical treatment at a medical facility and series of medical tests were carried out on them.

He however said that security operatives had started an investigation to apprehend the evil men for the prosecution to serve as a deterrent.

In another development, police in Adamawa on Wednesday confirmed that suspected herdsmen killed seven villagers in a midnight attack on Negga village in Numan Local Government Area of the state.

DSP Sulaiman Nguroje, police spokesman in the state confirmed the incident to the newsmen in Yola.

He said seven other victims sustained injuries in the attack.

Nguroje said that the assailants launched the attack on the community at about 2 a.m. on Wednesday.

“Police received signal at about 5 a.m. on Wednesday, Nov. 3, that there was an attack on Negga community in Numan Local Government Area, a village on the Adamawa-Taraba border.

“According to the First Information Report, the suspected criminals attacked the village while the farming community was asleep.

“During the attack believed to be carried out by suspected herdsmen, seven persons were killed, while another seven injured,’’ Nguroje said.

He said police had deployed a special squad to the area, while those injured were taken to Numan General Hospital for treatment.

He warned that the police had zero tolerance for criminal groups threatening the peace and lives of innocent people of the state.

According to Nguroje, the Criminal Investigations Department (CID) has swung into action to fish out the assailants.

“The police are appealing to the good and peace-loving people of Adamawa to always assist with useful information to fish out bad eggs in the society,’’ he said.