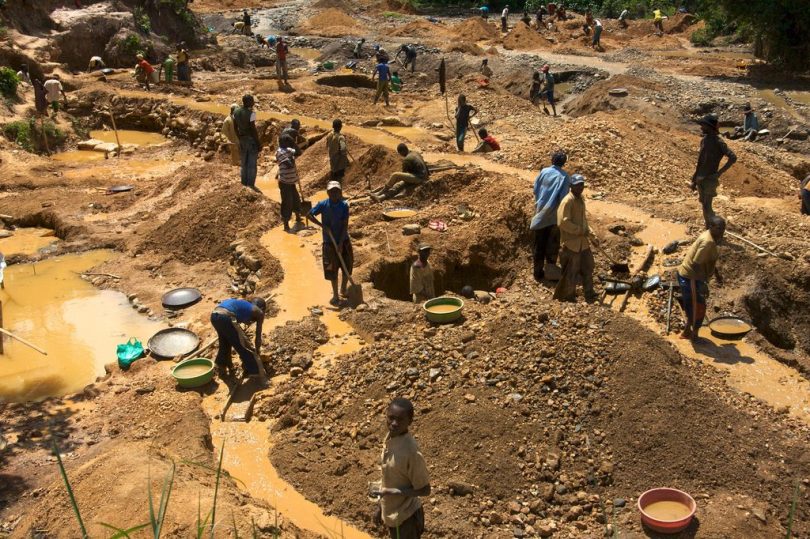 The Niger Government has confirmed an attack by bandits on a mining site at Ajata Aboki village, Shiroro Local Government Area of the state.

The State Commissioner for Internal Security, Mr. Emmanuel Umaru confirmed the incident in a statement in Minna on Thursday.

Umaru said the bandits attacked the site at about 6.00 p.m on Wednesday.

He said that a joint security team was quickly mobilized to the scene in response to a distress call received by the government.

“Consequently, the joint security team engaged the terrorists and they were yet to determine the number of casualties from both sides.

“However, a yet-to-be ascertained number of workers in the mining site including four Chinese nationals were reported to have been abducted.

“Security forces were reinforced for the manhunt of the remaining terrorists as some of them were neutralized and rescue of the injured victims including security personnel,” Umaru added.

The commissioner said that those injured had been evacuated to government hospitals for treatment.

“While the Niger government commiserates with heads of security agencies in the state and families of the slain personnel, the state government assures that their sacrifices will not go in vain.

“The state government acknowledges all the efforts of the joint security operatives and that of the communities toward taming the spate of insecurity in some parts of the state,” he added.

Umar enjoined the security personnel not to be discouraged in discharging their constitutional duties against all forms of threats.

He assured that the state government would continue to provide them with the needed support to enable them to eradicate banditry in the state.

The commissioner added that Gov. Abubakar Bello had directed security agencies to ensure the safe return of the kidnapped victims.

In another development, the Nigerian Medical Association (NMA), Zamfara branch, says it is working to secure the release of the Medical Director of Dansadau General Hospital, who was abducted by bandits on June 25.

Dr Mannir Bature, the state NMA Chairman, said in an interview with the newsmen in Gusau on Wednesday.

“The abductors of Dr. Mansur Muhammad the Medical Director, General Hospital Dansadau have demanded N20 million ransom for his release.

“They made contact with his family to demand the sum of N20 million ransom before they can release him.

“They, however, reduced the amount to N5 million; we are still on it.

“The leadership of the NMA is working with relevant authorities to ensure the safe release of the victim,” he said.

Newsmen report that Muhammad was abducted at Mashaya village along the Dansadau-Magami road while returning from Gusau.

Bature said that the bandits had been targeting the victim for a while until last Saturday when they succeeded in abducting him to an unknown location.

He recalled that the bandits had some time in 2021 attacked Dansadau General Hospital and abducted two health workers when they did not find the medical director.

The NMA chairman advised security agencies in the state to coordinate their activities and take the fight to the bandits.

“The security forces and other relevant stakeholders must form a  formidable synergy to win the fight against the bandits and eliminate the menace of banditry in Zamfara and other parts of the region.

“The three tiers of government must come up with strategies to nip the security challenges in the bud,” he added.

According to him, the resurgence of kidnapping, cattle rustling, and other criminality in Zamfara was because the security forces abandoned strategic locations and hot spots they had earlier occupied.