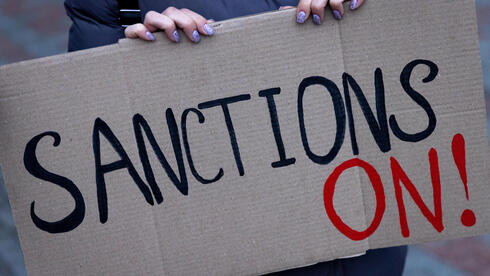 Israel’s top diplomat said on Monday that Russians won’t be allowed to use the country to circumvent international sanctions.

Amid criticism that Israel was not doing enough to support Ukraine, Foreign Minister Yair Lapid said that “Israel will not be a route to bypass sanctions imposed on Russia by the United States and other Western countries.”

Speaking at a visit to Slovakia, he said the foreign ministry was in contact with other ministries and airport authorities to coordinate measures against Russians.

Israeli media reported after the Russian attack on Ukraine that the country was avoiding imposing sanctions against oligarchs.

According to the report, more than a dozen private jets from Russia have landed in Israel in recent weeks.

She said it was not in Israel’s interest to become “the last haven for dirty money that’s fueling Putin’s wars.”

Israel has traditionally had good relations with both Russia and Ukraine and Prime Minister Naftali Bennett is involved in mediation efforts.

In another development, the United Nations has warned that the already dire hunger crisis in Yemen was  teetering on the edge of “outright catastrophe.”

“The humanitarian situation in the country is poised to get even worse from  June to  December 2022,” the Food and Agriculture Organisation (FAO) said on Monday.

The agency estimated that a record 19 million people would likely be unable to meet minimum food needs in that period.

According to a forecast, 2.2 million children are also at risk of malnutrition, while 161,000 people, a five-fold increase from the current 31,000 are to be at risk of starvation in the second half of the year.

“These harrowing figures confirm that we are on a countdown to catastrophe in Yemen and we are almost out of time to avoid it,” said David Beasley the Executive Director of the World Food Programme (WFP).

Yemen had been roiled by a devastating power struggle between the government and the Houthi rebels, who seized the capital Sana’a and other areas since late 2014.

“The conflict remains the primary driver of hunger in the country,” the UN said.

The war in Ukraine might have a significant impact on imports, which would further increase food prices.

According to the UN, Yemen is almost entirely dependent on imports and 30 per cent of wheat imports come from Ukraine.