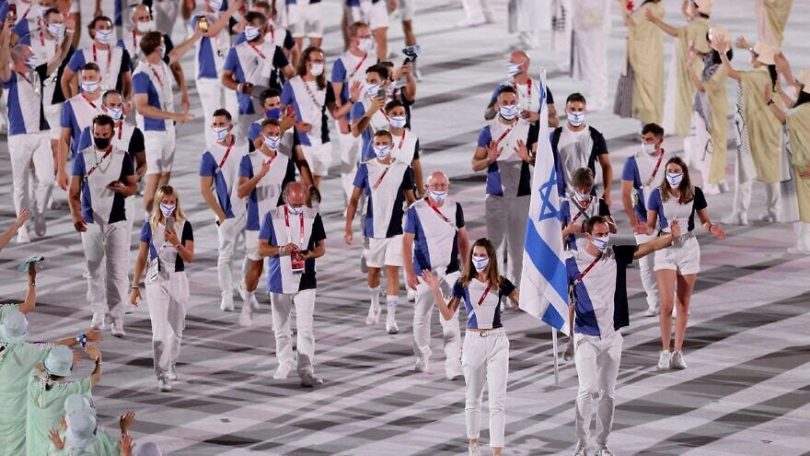 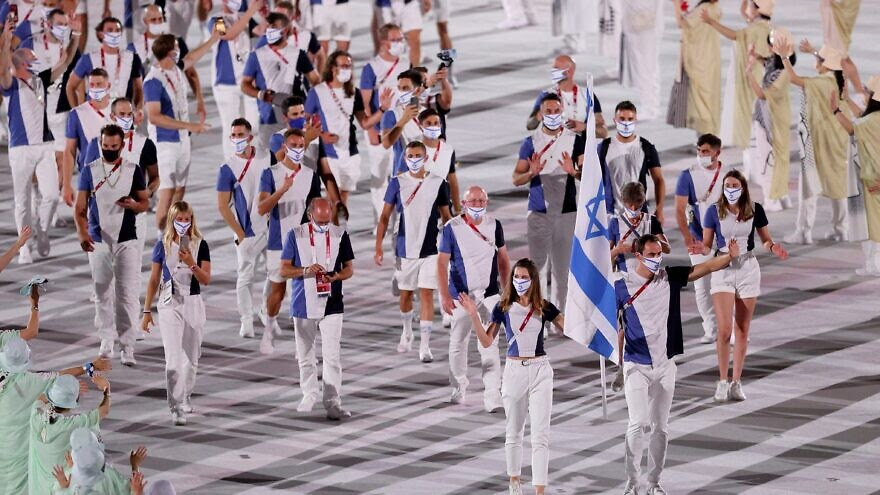 Members of Team Israel at the 2021 Tokyo Olympics. Source: Olympics/Twitter.

The families of the 11 killed have been asking the International Olympic Committee for this gesture of respect for decades, but until now have been turned down.

Israeli Olympic team members who were slaughtered by Palestinian terrorists at the 1972 Munich Olympics were remembered with a moment of silence during the opening ceremony of the Tokyo Olympics on Friday.

Israeli Prime Minister Naftali Bennett welcomed the gesture, which represents the first time that their murders have been publically recognized at the world sports competition.

“I welcome this important and historic moment. May their memory be blessed,” he tweeted.

The families of the 11 killed have been asking the International Olympic Committee for this gesture for decades, but until now have been turned down.

“We, the Olympic community, also remember all the Olympians and members of our community who have so sadly left us, in particular, we remember those who lost their lives during the Olympic Games,” said an announcer during the opening ceremony, reported Reuters.

“One group still holds a strong place in all our memories and stands for all those we have lost at the games—the members of the Israeli delegation at the Olympic Games Munich 1972,” the announcer added as the stadium darkened and soft blue light illuminated parts of the arena.

In a statement, widows Ilana Romano and Ankie Spitzer, who watched the ceremony in the stadium along with members of the other families, said: “Justice has finally been done for the husbands, fathers and sons who were murdered in Munich.”

On Sept. 5, 1972, Palestinian gunmen from the Black September terror group took members of the Israeli team hostage at the athletes’ village. Eleven Israelis and one German policeman were eventually killed.

“The Tokyo Olympics have just opened, but they are already a historic Olympics—after 49 years, on the main stage, at the opening ceremony, the 11 heroes, the victims of the Munich Olympics, were mentioned,” he said. “Better late than never.”

In related news, Olympics opening ceremony director Kentaro Kobayashi was let go on Thursday after disparaging jokes about the Holocaust from his past went viral online. He said them in the 1990s when he worked as a comedian and children’s entertainer.