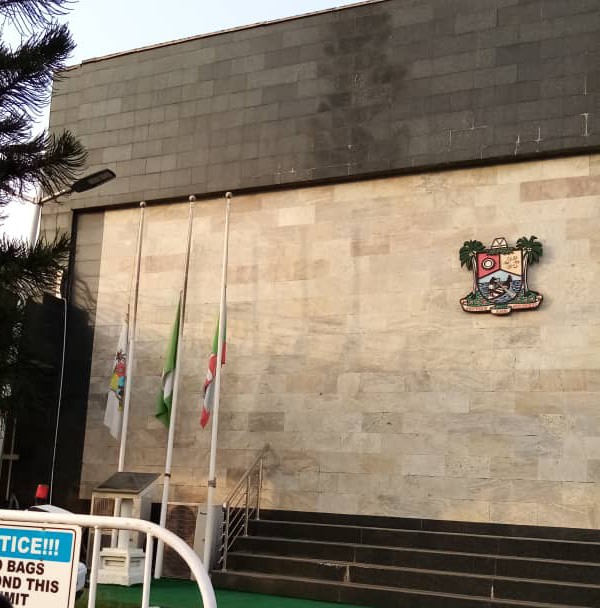 Mr Gbenga Omotoso, the Lagos State Commissioner for Information and Strategy, said in a statement on Monday, that the Gov. Babajide Sanwo-Olu has directed the observation of the mourning.

”The action is for three days to mourn the victims of the St. Francis Catholic Church, Owo, Ondo State, terrorist attack.

”The decision to mourn the victims came at a South-West Governors’ June 10 virtual meeting, which reviewed the security situation in the region.

”The governors condemned in very strong terms the horrendous crime perpetrated by terrorists against the people and residents of Owo, Ondo State and, by extension, the peace-loving people of the South-West,” he said.

Omotoso said that the governors recommended an increase in the scope of surveillance of the activities of undocumented settlers by security agencies in all the states.

He said that the governors, as Chief Security Officers, resolved to continue to assist the security agencies in crisis management and intelligence gathering at all times.

The commissioner said that Gov Sanwo-Olu also urged Lagos residents and visitors to remain law-abiding and vigilant, as the government is doing everything to ensure that peace continues to prevail in the state.

In the meantime, a Group, Tinubu Hope of Nigeria Vanguard, has called on Nigerians to be security-conscious and monitor their environment, following the June 5 killing of worshippers at St. Francis Catholic Church, Owo, Ondo State, by gunmen.

The Group, led by Mr. Rotimi Daudu, made the call on Monday during a condolence visit to Olowo of Owo, Oba Ajibade Ogunoye.

Tinubu Hope of Nigeria Vanguard is a socio-political movement pushing for the actualization of the ambition of Sen. Bola Tinubu, the All Progressives Congress (APC) presidential candidate.

Daudu noted that the aim of the perpetrators of the dastardly act was to kill the spirit of the South-West governors, particularly Gov. Rotimi Akeredolu of Ondo State, on their resolve to tackle insecurity in the region.

The group, while condemning the killing of innocent worshippers, assured that Tinubu’s presidency would ensure the security of lives and property in all communities in the country.

“It is our sincere hope that the perpetrators of this heinous act will be apprehended shortly and made to face the wrath of the law.

“We use this medium to condole with the Olowo of Owo, His Royal Majesty, Oba Gbadegesin Ogunoye, the good people of Owo in particular and the entire Yoruba nation in general.

“It is our prayer that we will not witness such an event again in Yorubaland, nay Nigeria,” he said.

Responding, the Olowo of Owo urged the people to take seriously the advantages of installing Closed Circuit Television (CCTV) in their facilities.

Ogunoye also said it was high time citizens were security conscious in their environment.

While appreciating the group’s visit, the traditional ruler prayed that such would not be their lot.