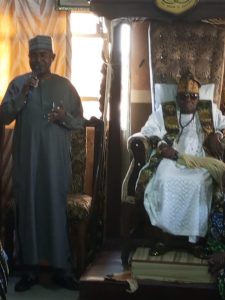 … As NDLEA arrests suspect over alleged possession of 5.1kg Cannabis Sativa in Sokoto***

Marwa disclosed this when he paid a courtesy visit to the palace of the Akran of Badagry, Aholu Menu-Toyi 1, in Lagos.

According to him, in Lagos alone, we have a prevalence of 33 per cent, which is very high; this is the highest in the country.

“I think it is very important this drug abuse in Nigeria must be stopped by all stakeholders.

“I implore his Royal Majesty, Akran of Badagry, to set up a committee on war against drug abuse, comprising his chiefs, distinguished sons, and daughters of the land.

“In every community you know there are corners where they are selling drugs, you will report it to the agency.

“Most of the youth on drugs need help; your report will help the agency to assist rehabilitate these youths,” he said.

He commended the efforts of Gov. Babajide Sanwo-Olu of Lagos in assisting the agency on war against drug abuse.

“I want to recognize the efforts of Oba Rilwan Akiolu, the Oba of Lagos, for joining the agency in fighting war against drug abuse.

“I also appreciate the Akran of Badagry and his chiefs for all their support given to my personnel in the fight against drug abuse.

“Traditional institutions are highly respected in Nigeria and they are very important stakeholders in the advocacy against drug abuse,” he said.

Responding, the Akran promised to continue to support the agency against drug abuse.

He prayed that God will continue to guide him in his efforts to rid the country of drug trafficking.

The newsmen report that NDLEA Directors, Zonal Commanders, Commanding Officer of 243 Battalion Barracks, Ibereko, and other security agencies in Badagry were among his entourage to the Akran’s palace.

Newsmen also report that more than 560,000kg of condemned exhibit of drugs was destroyed by the agency on the orders of the Federal High Court on Thursday in Lagos.

In the same vein, the National Drug Law Enforcement Agency (NDLEA) in Sokoto State has arrested a nonagenarian over alleged possession of 5.1 kg of Cannabis Sativa.

Briefing newsmen on Thursday in Sokoto, Mr. Adamu Iro, the NDLEA Commander in the state, said that the suspect, retired military personnel, was arrested by operatives of the command at the old market in the state metropolis.

Iro said that the suspected drug trafficker was a resident of Mailalle village in Sabon Birni Local Government Area.

“Our investigation revealed that the suspect was taking the items to the Eastern zone of Sokoto, notorious as the hideout of bandits in the state. 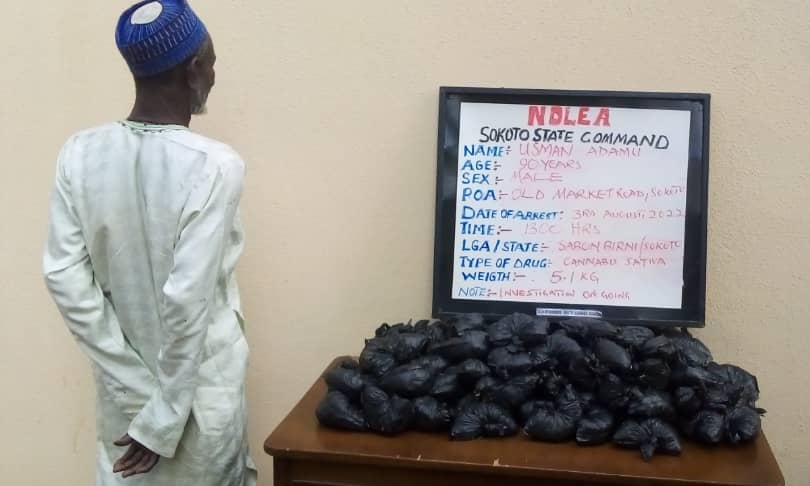 “Therefore, by implication, the items are to be supplied to the bandits who continue to terrorise the innocent people in the zone,” he said.

Iro said that the command would ensure a proper, but speedy investigation of the matter in order to charge the suspect in court.

The NDLEA commander appealed to the general public to continue to support security agencies with vital information to tackle criminality and security challenges in the state.