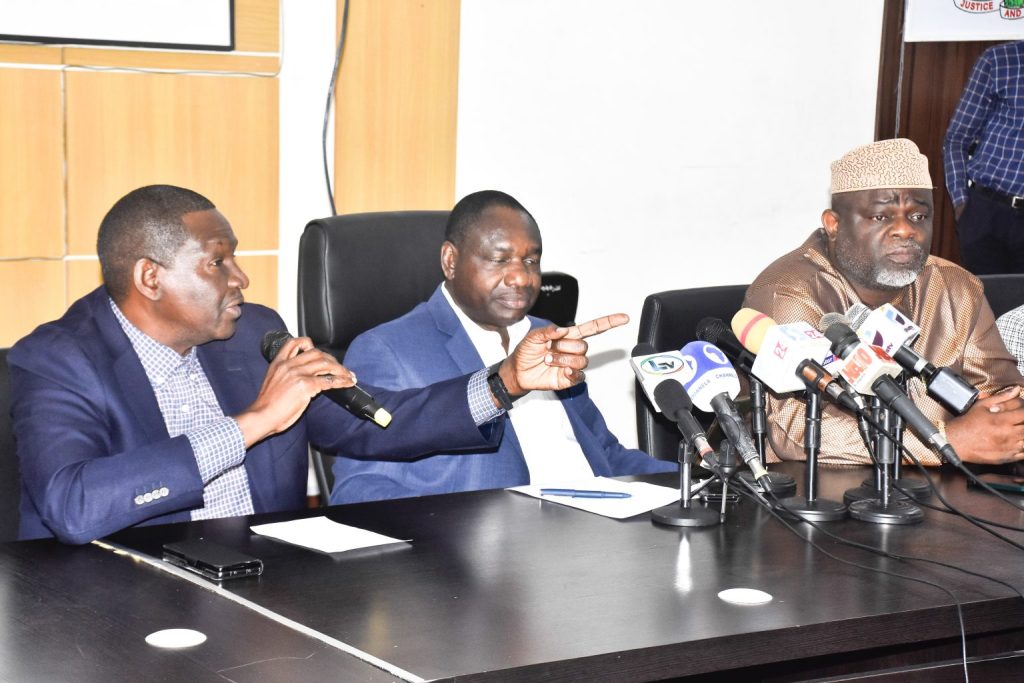 From left, Commissioner for Special Duties, Mr Tayo Bamgbose-Martins; Commissioner for Information and Strategy, Mr Gbenga Omotoso and Commissioner for Physical Planning and Urban Development, Dr Idris Salako during a news Conference on the deconstruction of the remaining building at the site of the 21storey building that collapsed in Ikoyi Lagos on Thursday (16/06/22)

The Lagos State Government says it will demolish the remaining buildings on the land, where the 21-storey building collapsed on Gerrard Road, in Ikoyi.

Dr Idris Salako, the Commissioner for Physical Planning and Urban Development, disclosed this at a news conference on the handing over of the complex to the contractor for deconstruction on Thursday in Lagos.

Salako said that the buildings would take about three months or more, to be demolished, adding that the land on which the structures were situated would be taken over by the state government.

He noted that the taking over of the land was in line with the state physical planning law, which stated that owners of collapsed buildings would forfeit the land to the state.

According to him, though the state government has not taken decision on what the land will be used for,  it is likely to be used for something that will be in remembrance of those who lost their lives in the ill-fated building. 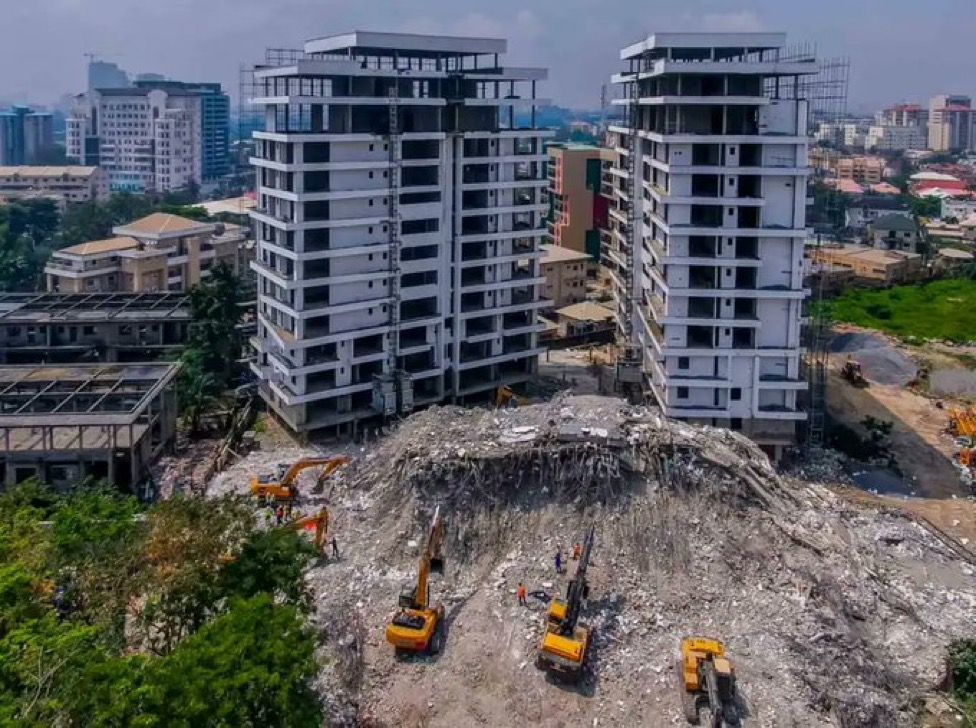 The remaining buildings on the land where the 21-storey building collapsed on Gerrard Road,

He noted that the demolition would be carried out with the interest of the public, including the residents, at heart.

Also speaking, Mr Tayo Bamgbose-Martins, Commissioner for Special Duties and Inter-Governmental Affairs, said the state government was not indebted to those who had paid to own apartments in the collapsed building.

According to him, the government would not consider compensating them, as the company that owned the building still existed.

He urged residents to always ensure that buildings they planned to pay for, were insured.

The state Commissioner for Information and Strategy, Mr. Gbenga Omotoso, said demolition of the buildings was one of the recommendations of the panel set up by the government, having failed the integrity test.

Omotoso promised that any action taken on the project would be in the interest of the public, as stakeholders’ meetings had previously been held to interact with residents and others in the building industry.

The Managing Director of Edge of Designs, Mr. Theophilus Lewo, noted that the demolition would take about 90 days, but might be extended due to weather conditions and the safety of the workers.

Lewo stated that his company would be demolishing the buildings, using a controlled method, by cutting the parts into pieces.