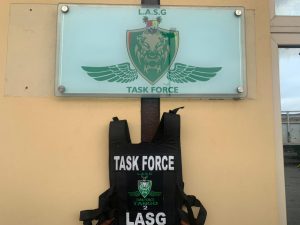 The spokesman for the Task Force, Mr Gbadeyan Abdulraheem, said this in a statement on Tuesday in Lagos.

Abdulraheem said that the new branded jackets became necessary in view of the growing impersonation of the officers by impostors who were dragging the agency’s name in the mud.

He said that the new branded jackets, which came with a unique number for each officer, would be easy for the public to identify during traffic enforcement for compliance activities.

Abdulraheem said that the jacket’s unique identification numbers were designed to curb the incessant use of the agency’s name to defraud innocent and unsuspecting members of the public.

He said that the jacket would be issued to all officers embarking on traffic enforcement as part of their dress code to differentiate them from other security agents who were not attached to the agency.

“Traffic enforcement activities is a major cause of indiscipline and corruption amongst security agents, which many impersonators have taken advantage for shady dealings and sharp practices.

“Only men and officers (police and para-military men), who had proven to be worthy representatives of their professional calling would be issued the jacket for use during traffic enforcement operations,” he said.

Abdulraheem said that the agency had received calls and complaints via its social media handles of impostors who carried out nefarious activities and extorted innocent citizens.

He also called on the public to make use of the rebranded jacket number to give information or complaints to the agency.

Abdulraheem said that any complaints and reports concerning unprofessional conduct of the officers would be investigated and those found culpable would be punished according to the laws of the agency.

In the meantime, the Peace Corps of Nigeria (PCN) on Tuesday forged a partnership with the Lagos State Ministry of Youth and Social Development for smooth operations in the state.

The partnership was forged during a visit to the ministry by the PCN National Commandant,  Dickson Akoh and his management.

Mr Saka Abdul-Lateef, the Director, Ministry of Youth and Social Development, said PCN was not new to the ministry but past partnerships went sour due to some issues.

He, however, said a new and lasting relationship would be formed under the leadership of the PCN Lagos Commandant and the visit of the national commandant.

“I called my other directors and said we should give the PCN Lagos Command another opportunity.

I am sure we will achieve a lot with my coming on board and that of the new PCN Lagos commandant.

“We purposely demanded to see the national commandant.

This is to further cement the pledges and promises of the PCN Lagos State commandant,” he said. 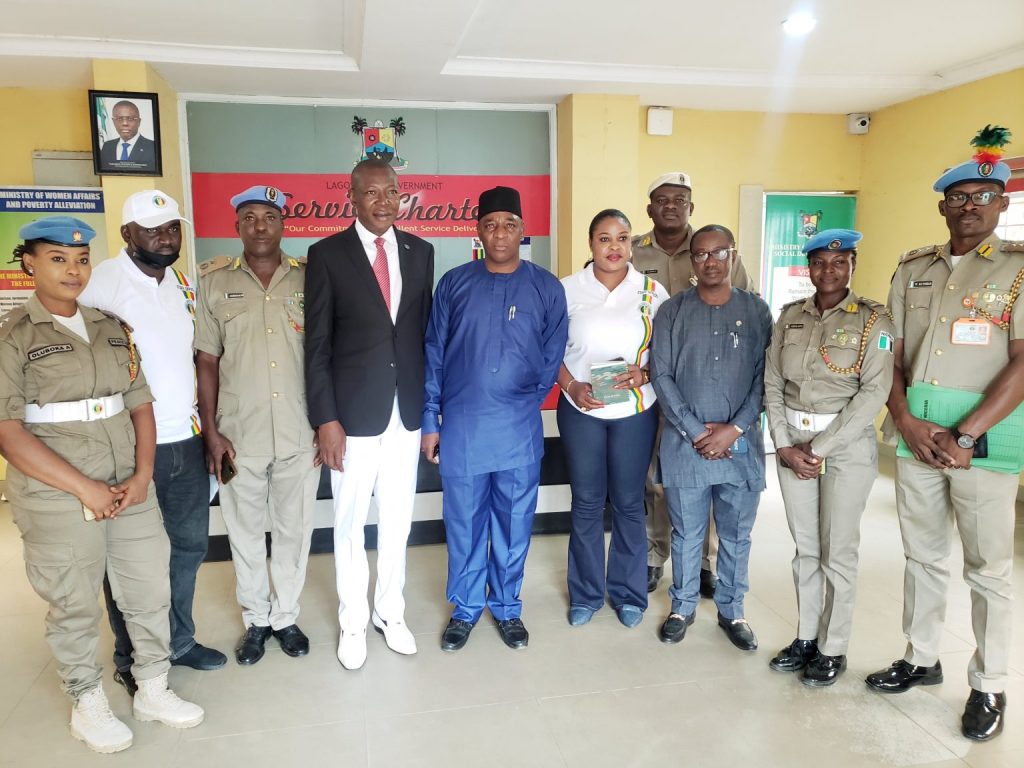 Abdul-Lateef further urged PCN Lagos Command to be up and doing, adding that it was time to complement the efforts of the security agencies in the state.

The director presented a letter approving the registration of PCN Lagos Command under the Lagos State Ministry of Youth and Social Development.

Akoh, while receiving the letter acknowledged that past PCN administration in Lagos might have made mistakes but described it as a process of learning.

According to him, PCN is made up of disciplined individuals who go through training within and outside the country on the courtesy of the corps.

He said some misinformation could have led to the breakdown of a past relationship with the state government but assured that PCN Lagos Command was more than ready to complement the efforts of the security agencies in the state.

“We will continue to teach our members the importance of culture and tradition just as we emphasize that our role is to complement the efforts of other security agencies.

“We have had our challenges but our demonstration of patience and resilience will see us through.

“It is a familiar terrain here and we will abide by your conditions as we are a disciplined organization.

“We have done a lot in training and retraining ourselves and we are more mature now.

We will not do anything to stifle the relationship we are about to establish.

“We assure you of our partnership and we will not hesitate to get your consent before going ahead with our activities in the state, ” he said.

Akoh added that the state government through the ministry would be presented with all adequate documents required to support PCN activities in Lagos.

The Director of Voluntary Organisation in the ministry, Mr Folasayo Olukosi, also said that PCN was not new in Lagos and urged the officers to rise to their responsibilities.

Olukosi said there might have been mistakes in the past and advised that the present PCN executives seize the opportunity being presented to them by the ministry.

Also, Mr Kayode Ogunleye, the director in charge of Open Space and Recreation in the ministry, urged the PCN national commandant to immediately sort the issues of factions and also carry members along.

Ogunleye added that a lot could be achieved if members, government and others were carried along by PCN.