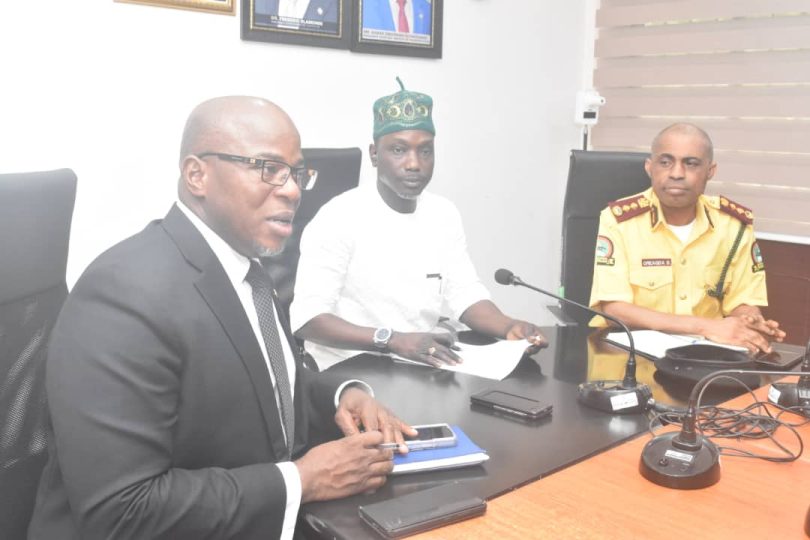 The newly appointed Special Adviser to the Lagos State Governor on Transportation, Mr. Sola Giwa, has charged the officials of Lagos State Traffic Management Authority (LASTMA) to be more professional and effective in the discharge of their duties.

Giwa said this in a statement issued by Mr. Olumide Filade, Assistant Director, Public Affairs of LASTMA, on Thursday in Lagos.

Giwa made the disclosure at a roundtable with Heads of Departments and Directors of LASTMA at the Secretariat, Alausa, Ikeja.

A statement issued by the Assistant Director, Public Affairs of LASTMA said that the Special Adviser, who started his career as Senior Special Assistant on LASTMA in 2007, reminisced that this was not the way things were in the agency.

“I salute what you are doing, but we need to do more as an Agency.

We need to have a positive outlook and shun all our previous negativism.

“If we change, a lot of things will also change. Governor Sanwo-Olu as much as he loves us, wants us to make him proud.

” I need not to remind you that Transportation and Traffic Management is not only the first pillar of the THEMES development agenda but topmost in the priority of Gov. Babajide Sanwo-Olu’s administration,” he stated.

He said he was aware of the challenges facing LASTMA officers in the course of their duties, adding that he would give priority to their welfare, professionalism and discipline.

According to Oreagba, lack of inter-agency cooperation and collaboration has hampered the effectiveness and operations of the Agency.

He noted that the destruction of road furniture and street signages by vandals was another challenge that the agency was grappling with.

The Permanent Secretary of the Ministry of Transportation, Mr Kamar Olowosago, urged LASTMA officials to support the new Special Adviser in repositioning the agency.