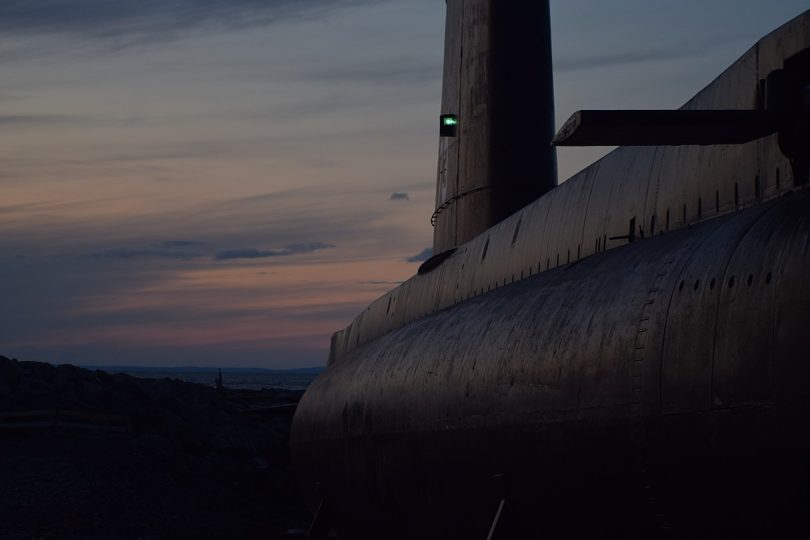 *A CRY FOR HELP FROM  RMS TITANIC*

The world was shocked when RMS Titanic sank 107 years ago.

But the tragic saga has been told and retold over the decades since her sinking; her story stirs the imagination to this day.

The “unsinkable” ship sank four days into her maiden voyage from Southampton to New York City, with an estimated 2,224 people on board, losing at least 1,517 lives, which makes it one of the deadliest maritime disasters in history.

When the Titanic was hit hard & started sinking it began sending out distress signals.

Three ships were nearby before it sank.

The first ship was known as SS Admiral Sampson.

SS Admiral Sampson was the closest to RMS Titanic.

It was just 7 miles away from RMS Titanic.

They saw the white flares from RMS Titanic signaling danger and a call for help, but because the crew had been hunting seals illegally and didn’t want to be caught, they turned and went the opposite direction away from the Titanic.

The second ship was SS Californian.

SS Californian was just 14 miles away from RMS Titanic, but they were surrounded by ice fields and the captain looked out and saw the white flares, but because the conditions weren’t favourable and it was dark, the captain and his crew decided to go back to bed and wait until morning.

The crew tried to convince themselves that nothing was happening.

Early in the morning, at around 05:30, the wireless operator was awakened.

He tried to communicate with the ship, but got the sad news instead – RMS Titanic has sunk.

The third ship was RMS Carpathia.

The captain of this ship knelt down, prayed to God for direction, and then turned the ship around and went full steam ahead through fields of icebergs.

It would take her approximately three and a half hours to arrive at the position of RMS Titanic’s final distress call.

The ship managed 17 knots, which far surpassed her quoted top speed making their way to the last known coordinates of RMS Titanic.

Meanwhile, Rostron’s crew kept busy making preparations to receive the surviving passengers of the RMS Titanic, to ensure the rescue operation could be both as successful and as swift as possible.

RMS Carpathia arrived in the area at approximately 3:30 AM, that’s about an hour after the Titanic sank.

This was the ship that saved the 705 survivors of the Titanic.

This is one of the most heroic and perilous rescue efforts.

The remaining 1517 lives got lost in a “watery grave”.

It is said that if the other two ships had responded all the people on board the “Titanic” could have been saved.

When the captain looked back at the ice fields they had come through, he said; “someone else hands must have been at the helm of this ship.”

Let us remember Titanic sent the distress signal to multiple ships shortly after midnight on April 15, 1912. Only the farthest ship; “RMS Carpathia” arrived on the scene and saved the 705 survivors of the Titanic.

The story of the sinking of the RMS Titanic is similar to the story of “The Good Samaritan” and relates to the behaviour of humans.

What can we learn from it?

The first ship represents us and people like us who are so busy looking inward at our sins and lives that we can’t recognize when someone else is in need.

The second ship represents those of us who say I can’t do anything now.

The last ship! That’s what we should all aim to be.

To be there for each other and thrust everything into God’s Hands.

Are you your brother’s keeper?

Every day hundreds of youths are going into crime because their neighbour pretended not to see their distress signal and cry for help and looked the other way.

And just like RMS Titanic, many glorious dreams are being buried in untimely and ‘watery graves.

The most worrisome of them are street and campus cultism which is the breeding ground for many other violent crimes such as thuggery, armed robbery, drug addiction/ trafficking, electoral violence, etc.

It is not enough to shout #EndSARS, #EndBadGovernment.

If you are not doing something to help the people in your neighbourhood, you are not different from SS Sampson and SS Californian.

I am calling on you today to be your brother’s keeper.

A cup of rice or a piece of advice could save a soul from perishing.

A better society (Nigeria) starts in our neighbourhood.

Life whispers to your soul and speaks to your heart.

We need to take the time to listen to these whispers and take heed.

So ask yourself this moment, ”Who am I?” Then, whatever good in your heart you want to do, do it!

Make this post go viral. Someone somewhere could see it, read it, and have a change of heart.

Remember, the Nigeria of our dream starts in our neighborhood.

Do not ignore the cry for help from “RMS Titanic.”