You are a poultry farmer. You inject your broiler with enhancement drugs. Your daughter is at the university and a major consumer of chicken and chips. Wisdom of a fool.

You are a parent. You buy exams for your child and lie to him that he is the most intelligent kid in the world. He goes to university and does the wrong course. Either he drops out or he becomes a quack in that sector. He eventually gets a calamity. Wisdom of a fool.

You are a senior government official. You take a bribe. Contaminated sugar is allowed in the country. Your aging mother in the village gets cancer due to the contaminated sugar. Wisdom of a fool.

You are a senior government official. Government provides funds for building a dam to aid irrigation in your village. You loot all the money. Your own kinsmen back in the village die of hunger. Wisdom of a fool.

You are a senior public official. You get CDF funds to build schools. You loot it all and make kids drop out and become armed thugs. They hijack you, break into your house, steal from you and rape your daughter. Wisdom of a fool.

You are in charge of a hospital, you loot money that is meant for drugs. Your brother gets sick at night, he is rushed to hospital but there are no drugs. He dies and you are left struggling to educate his eight kids. Wisdom of a fool.

You are a police man working in Traffic. You take a 50,000/- bribe to let an overloaded Taxi pass. Your own villagemates and colleagues on leave die in a crash due to the taxi overload. Wisdom of a fool.

You are a rich man. You refuse to assist the poor. They become thieves. They break into your house, rob and kill you. Wisdom of a fool.

You are a voter. You are bribed with a t/shirt, 2000/- and some simple promises in fundraising drives. You vote in a thug. Services delivery goes down. You complain for five years. Wisdom of a fool.

“Now look, this is exactly the kind of people that we elect. I wish this poem reaches every African in the world, I wish this can be written on notice boards in all places. 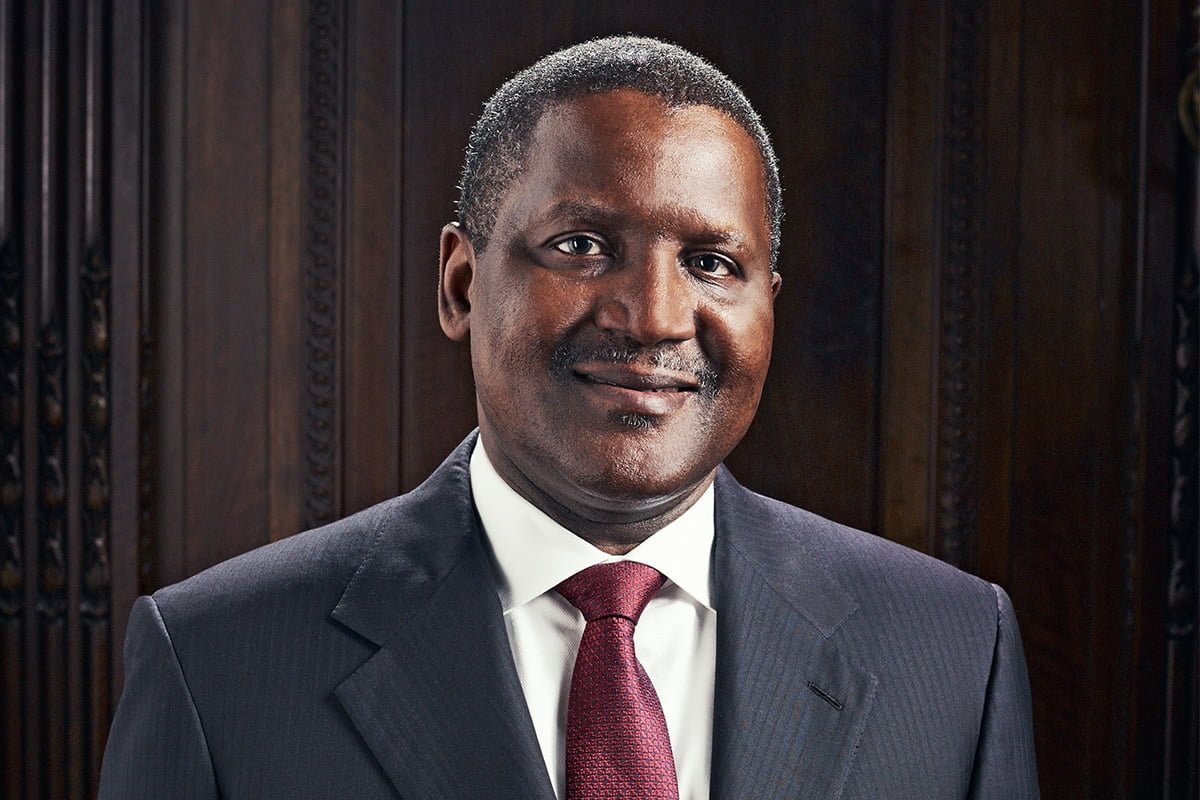 DIL’s Group Chief Branding and Communications Officer, Mr. Anthony Chiejina, said this in a statement on Monday in Lagos.

According to the statement, DIL was also named “Best Company in the Chemical and Non-Metallic Products Sector” at the 2021 Employers Annual Excellence Award.

NECA president, Mr. Taiwo Adeniyi, said Dangote was recognised for his huge contributions to nation-building and economic development through his various investments and the attendant job creation opportunities.

Adeniyi, describing the business magnate as a torch-bearer in the private sector, commended his investments in sectors capable of improving the nation’s economic well-being and transition from importer to net exporter.

He explained that the employer’s excellence award was meant to celebrate outstanding contributions of enterprise to national development.

He added that the award was geared towards promoting and encouraging best practices in corporate performance, people management and industrial relations practices by employers in Nigeria.

“The annual award provides a platform for identifying, ranking and celebrating the resilience, doggedness and outstanding performance of employers in Nigeria.

“It is to recognise and publicly award enterprises that have exhibited excellence in leadership, governance, innovation, corporate performance and human resource management, amongst others.

“This annual event equally provides feedback to participating employers on their status regarding attainment of best practices in corporate performance, people management and industrial relations,” he added.

These qualities, he said, made the award to be cherished by both Dangote and the company.

“NECA continues to remain a partner in progress, rewarding deserving companies for their contributions to national development.

“The Dangote Group will continue to contribute its quota to nation-building and promote responsible business in all sectors of its operations,” he said.

Dangote Group has a presence in 10 African countries, providing employment for thousands of young Nigerians and Africans.

Soyinka and Elumelu received the award among four other recipients during the 62nd Ordinary Session of the Authority of ECOWAS Heads of State and Government in Abuja.

Former President of The Gambia, Dawda Kairaba Jawara was given a post-humous honorary award for his contributions to the peace and security in the Gambia, especially his facilitation of the establishment of ECOMOG.

Senegalese Musician, Omar Pene was also recognized and awarded for contributing positively to the sub-region through his music.

“A jury appointed by the President of the Commission met Nov. 8 2022 and after deliberation awarded the price of excellence.

“The award was in three categories mainly; “First Category, the award for science and technology, Arts and literature, the second category of honorary award,

“For the second category, the honorary award for the 20,000 USD, third category for deserving citizens, 10,000 USD Plaque and certificate of recognition,” Tchintchibidja said.

Speaking on behalf of the awardees, Pene appreciated the regional bloc for recognizing their efforts and silent contributions as he dedicated his award to President Macky Sall of Sengal and the citizens of Senegal.

ECOWAS Price of Excellence was presented to the award winners by President Umaro Embalo of Guinea Bissau, Chair of the Authority of ECOWAS Heads of State and Government. 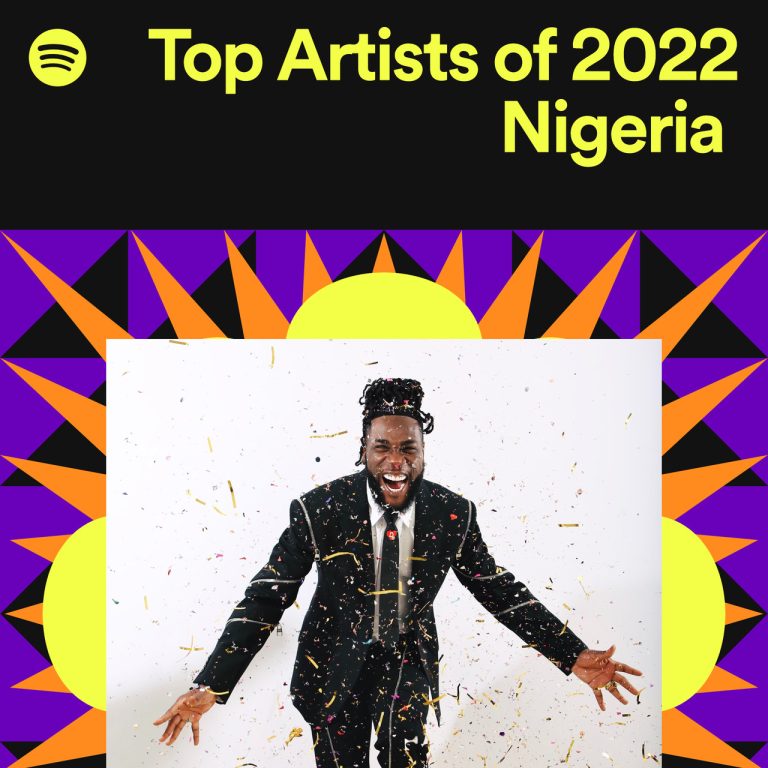 Grammy award-winning singer, Burna Boy, is among the 10 most streamed male artists in Nigeria, Spotify, an online streaming platform has announced.

Okpala said this was observed by Spotify and published as “Wrapped”.

He also listed the top 10 most streamed tracks in Nigeria in 2022 as Last Last by Burna Boy; Peace Be Unto You by Asake; Bandana by Fireboy DML; Finesse by Pheelz; Omo Ope by Asake; Terminator by Asake; Overloading (OVERDOSE) by Mavins; PALAZZO by SPINALL; Calm Down by Rema and It is Plenty by Burna Boy.

“2022 ushered us into an era of cultural overdrive and we are excited for fans and artists alike to share these insights on the music they created and listened to this year.

“Spotify announced this year’s edition of Wrapped, it’s hotly anticipated annual round-up of the top artists and music of the year as streamed by users around the world.

“And this year’s data paints a picture of how Nigerian music captured hearts, both at home and around the world.

“In 2022, Nigerian music has continued to hoist its flag in different global territories claiming its space on the world stage.

“The year in Afrobeats was defined by the emergence of a hybrid Amapiano sound, an endless pipeline of hits, and new heights for a generation of pop royalty who are questioning our ideas of what’s popular in style and sound,” he said.

Okpala noted that Nigerians listened more to local music in 2022 with a 91 percent year-on-year increase in local music consumption when compared with 2021.

“2022 is the year that Burna Boy set the world on fire- claiming the number one spot as the most streamed artist in Nigeria.

“The love affair was not only local, he is also the most globally streamed artiste from sub-Saharan Africa.

“His track Last Last takes the crown for the most streamed song and also the most hearted song in Nigeria.

“Spotify RADAR alumnus, Ayra Starr, is the most streamed female artiste in Nigeria while Tems has the leading vibe among Nigeria’s musical exports in 2022.

“Wait For You, the singer’s collaboration with Future & Drake, was the top Nigerian song export of the year,” he said.

Okpala listed the most streamed albums as Love, Damini by Burna Boy; Mr Money With The Vibe by Asake; Playboy by Fireboy DML; Boy Alone by Omah Lay; Rave & Roses by Rema and Made In Lagos.

“The most hearted songs in Nigeria are: Last Last by Burna Boy; Bandana by Fireboy DML; Calm Down by Rema; Finesse by Pheelz and Peace Be Unto You by Asake. 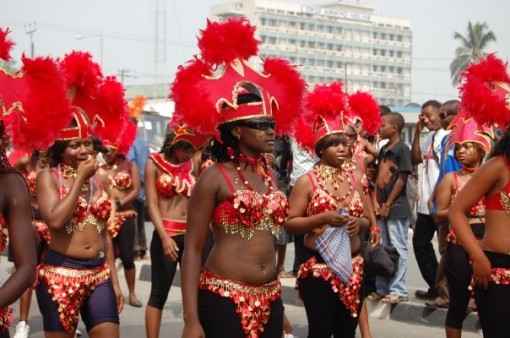 Tourism may have finally gained a significant foothold in Nigeria, as no fewer than 10 countries signify intention to participate in the 2022 Annual Calabar Carnival.

The Commissioner for Culture and Tourism Development, Cross River, Mr. Eric Anderson stated this in Abuja on Tuesday.

He said that after a two-year break caused by the coronavirus pandemic, the carnival is set to be staged from Dec. 1 to Dec. 31, 2022.

The commissioner also said that so far, 20 states of the federation have indicated interest to participate in the carnival.

“For two years, there was a global issue that did not allow events across International lines to take place and for us, we are resuming as most big events around the world had their carnival a few months ago.

“Cross River is Nigeria’s tourism destination, so we are ready with exciting events from Dec. 1 to Dec. 31.

“For the last two years we did not hold the carnival, we had to sit back and review and look at ways to up the game.

“One of the aspects we realised is that we had a lot of people that want to be revellers in our carnival bands and so the size increased.

“So we had to create two more bands from the five bands we had to make it seven, so for this year we will be having seven bands to be competing,” he said.

The commissioner added that adequate security measures had been put in place to ensure the protection of the lives of participants and visitors coming to the state.

“I can tell you for a fact that we have proper security on ground, I say this on very good authority because I am also part of the team that went around on courtesy call to all the security heads in Cross River.

“On our first dry run which was held in October, we had all the heads of those arms participating in it and they have given their full commitment.

“Though we have pockets of insecurity issues around the country, but we will try our best to secure the state, the event venues, our routes, and our people as much as we can,” he added.

The carnival is a fairly new addition to the annual festival calendar of Nigeria, since it first began in 2006, although it’s now held annually and is dubbed “Nigeria’s largest street party.”

The carnival holds every December and was declared by the then governor of Cross River, Mr. Donald Duke as an activity to mark the Christmas celebrations yearly.

The quality of the festival has grown over the years making it Nigeria’s biggest carnival and an internationally recognized festival.