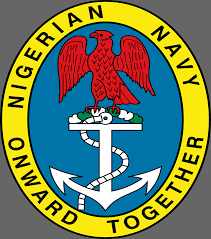 The Nigerian Navy on Saturday handed over an impounded vessel, the MTT4 and 20 suspected crude oil thieves to the officials of the Economic and Financial Crimes Commission (EFCC) in Bayelsa.

Commodore Patrick Effah, the Commander, Nigerian Navy Ship Soroh (NNS), handed over the vessel to the EFCC in Brass, Bayelsa.

Effah said that the vessel was loaded with 700,000 litres of illegally sourced crude oil.

Also read: Navy intercepts N100m worth of cannabis, others during Yuletide

He also said the vessel was intercepted on Dec. 6, 2021 in Akassa River, while the crew was arrested for indulgence in crude oil theft, adding that the handing over to the Commission was in compliance with the naval headquarters’ directives, especially as the vessel and her crew were complicit in the crime that borders on economic sabotage.

“The Nigerian Navy has been given the mandate to apprehend any ship suspected to be carrying out illegalities in the Nigerian maritime domain, however, by law, we are not allowed to carry out prosecution of offenders.

“We are directed to hand over seized vessels to the EFCC for further investigations and possible prosecution,’’ he said.

Mr Anthony Mark, an official of the EFCC team, Port Harcourt Zonal Office, who received the vessel, reiterated the readiness of the commission to carry out a thorough investigation into the matter.

“We will carry out a thorough investigation with a view to determining the level of involvement, the content of the vessel and prosecution of those involved,” he said.

The officials of the Department of Petroleum Resources (DPR) collected samples of the content of the vessel for further laboratory analysis.

The Railway Police Command on Monday said that 30 suspected railway vandals were arrested between September and October 2022.

This is contained in a statement issued by CP Yetunde Longe, the Commissioner of Police for the Command.

President Muhammadu Buhari had given directives to all service chiefs and Nigeria Police Force to safeguard the railway infrastructure across the federation.

“Following the directives from the President, the Inspector General of Police, Usman Baba Alkali, directed the Railway Police Command to engage the Direct Action Response Tactics (DART), to effectively protect the railway corridors from vandals.

“The command recorded big success on Sept.8, acting upon credible information, as men of the Railway Police Command swooped on some criminal elements that had been involved in recurrent vandalism and theft of railway iron sleepers at the section KM 1086 Sheme Town in Faskari LGA of Kastina State; leading to the arrest of 14 suspects.

“It was gathered that the suspects after their exchange of fire with the policemen abandoned a trailer truck with Reg. No. Nasarawa LFA 307XB and a Sharon car.

“However, further relentless combing of the crime scene led to the arrest of the suspects on Sept. 10,” she said.

“Similarly, on Sept. 26, 2022, the Rigasa Railway Divisional Police Headquarters arrested five suspects in connection with the vandalism of some window frames at Gidan Buse substation,” she said.

The police commissioner said that the police officers at the Funtua Railway Police Division, Katsina State.

The CP said that on Nov. 4 and 14, “Men of the Kafanchan Railway Police Division and the men of the Nigerian Army School of Artillery intercepted two trucks with Registration numbers: MJB-367XA & DAL-754ZX.

“The trucks were loaded with 45 and 37-long rail irons respectively. Three suspects each: Adamu Lawal,32; Tajudeen Yusuf,27; Sulieman Lawal,19; Abdulkadir Idris  45; Garba Sule,37; and Bilyaminu Ahmadu,37; were arrested in connection with the crime,” she said.

The CP said that the Bauchi Divisional Headquarters upon a credible tip-off also intercepted a J5 bus with registration number XC318BAU.

“The suspects in the bus upon sighting the policemen fled, abandoning the bus loaded with 50 pieces of Railway sleepers concealed with firewood.

“The bus and exhibits have been taken into police custody, while investigations to apprehend the suspects continue.

“The suspect, James Wisdom, 25; was caught stealing some seats of first-class train coaches parked at the railway station,” Longe said.

The commissioner of police said that investigations would be swiftly concluded and the culprits would be duly charged to court.

The National Drug Law Enforcement Agency (NDLEA) has arrested a cripple, Ibrahim Yusuf, 45, amongst other drugs dealers, in an onslaught which resulted in the seizure of 5.8 tonnes of cannabis from dealers across five states

The agency’s spokesman, Mr. Femi Babafemi, said on Sunday in Abuja, noting that the cripple was in possession of 4kg of the psychotropic substance, at the time of his arrest.

He said that the cripple drug dealer was arrested on Nov. 21 at Gasline, Ifo in Ogun State.

The spokesman also said that a total of 36 bags weighing 570kg of the same substance were recovered in a raid at a forest in Ogunmakin, Obafemi Owode Local Government Area of the state.

According to him, the NDLEA operatives on Nov. 22, evacuated 141 bags of Cannabis Sativa with a gross weight of 1,884 kg stored in a warehouse in Okpe forest, Akoko Edo LGA in Edo.

“This was also followed by another seizure of 45 bags that weighed 529.5kg, while officers equally intercepted a Toyota Sienna bus with Reg. No. BDG 598 FZ (Lagos) loaded with 566.5kg cannabis.

“The bus was going to Onitsha, Anambra, and a suspect, Sunday Mathias, 30, was arrested with the seizure,” he said.

Babafemi said that NDLEA operatives also stormed Oke-Ogun forest on Nov. 25, where one Onyebuchi Chime was arrested with 88kg of cannabis, a gun and some ammunition in Ondo State.

He added that the NDLEA operatives also recovered 149.5kg of the substance at Ipele forest.

“Not less than 12.42 hectares of cannabis farms were destroyed and 195kg processed weeds of the substance recovered at Efon Alaye, Ekiti State.

“Two drug dealers: Richard Ebong and Nze Abraham were arrested on Saturday Nov. 26 during the raid,” he said.

The NDLEA spokesman said that 27-year-old Mrs. Rahmat Adebayo was arrested on Nov. 24 at Sabo-Ilupeju, Atiba LGA of Oyo State with 136.3kg cannabis.

Babafemi said that no fewer than 84,000 pills of Tramadol tablets were recovered from a suspect, Muhsin Abdullahi in Bodinga area of Sokoto state on Thursday.

He added that 16,000 pills of Exol-5 and D5 concealed in palm oil were seized from one Lawal Rabe, 24, on Friday at Kokami village, Danja LGA, Katsina State.

Also, 54,500 tablets of Tramadol and Exol-5 were seized from the duo of Basiru Muhammadu and Saidu Yusuf in the same area on Saturday.

It was gathered that the gunmen raided the government-owned Mimiko Market and NASFAT Schools in the Ikare-Akoko metropolis, killed the guards and dismembered their bodies, leaving their remains in a pool of blood.

According to a source, the gunmen attacked the two places in the middle of the night on Friday while the deceased were found in a pool of blood on Saturday.

“The gunmen killed one of the guards and cut off his head and placed the head beside his body while the other man’s hand was cut and placed beside him too.

The source, who said that the killers did not take anything from the deceased before they left the scene, added that the way and manner the suspected bandits carried out the attack raised the suspicion of ritual killing.

Confirming the incident, the state Police Public Relations Officer, (PPRO) SP Olufunmilayo Odunlami, said that the police had deposited the remains of the deceased in mortuary of state specialist hospital, Ikare-Akoko.

“We have commenced investigation into the incident, and the criminals will soon be arrested,” the PPRO said.

In another development, the Bauchi State Police Commissioner, Mr. Aminu Alhassan has confirmed the arrest of a 12-year-old boy for allegedly kidnapping a three-year-old.

This is contained in a statement issued on Saturday in Bauchi by police spokesman in the state, SP Ahmad Wakil.

He stated that the 12-year-old kidnapped the baby in Magama Gumau community in Toro Local Government Area of the state.

According to him, the suspect lured the victim into an isolated area and placed a telephone call to her father demanding N150,000 as ransom for the captive’s release.

“A discreet investigation revealed that the suspect lured the victim to an isolated place near a football field at Kara Area of Magama Gumau and called the victim’s father on phone and made the demand.

“On hearing the demand, the victim’s father hung up and refused to take subsequent calls.

“After a while, the victim’s father called the suspect and identified him through his familiar voice.

“He called his name, but the suspect kept mute, hung up, swiftly took the girl to her parent’s house where he told the family that he sighted her crying near a football field,’’ SP Wakil stated.

He added that the victim’s family immediately reported the suspect to the police for necessary action.

Wakil stated also that during interrogation, the suspect confessed to the crime and said he would have used the ransom money to buy clothes and phones.

“Investigation also showed that the suspect got to know about kidnapping for ransom when some time ago, his friend was kidnapped in Kano State.

“Those who kidnapped his friend were paid ransom before he was released and that was how the suspect learned that money must be paid to set a kidnap victim free,’’ he stated.

Wakil added that the police commissioner in the state, Mr Aminu Alhassan, admonished parents and guardians to maintain strict vigilance over their wards and children.